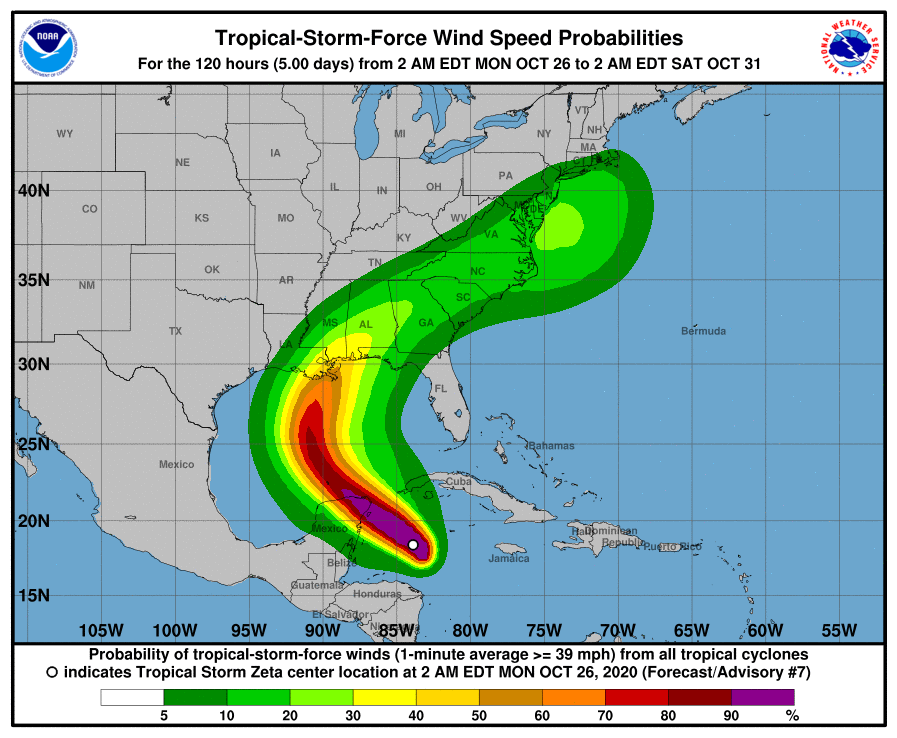 The unnamed system located south of Cuba last week is now Tropical Storm Zeta. It will very likely be Hurricane Zeta before making landfall on the Gulf Coast later this week.

The storm will bring hurricane-force wind and rain to Mexico’s northern Yucatan peninsula Monday night and into Tuesday. Zeta is then expected to accelerate toward the Gulf Coast, including Mississippi, by Wednesday.

Zeta is forecast to be at or near hurricane strength when it approaches the northern Gulf Coast Wednesday, and there is an increasing risk of storm surge, rainfall and wind impacts from Louisiana to the Florida Panhandle. Residents in these areas should monitor the progress of Zeta and updates to the forecast.