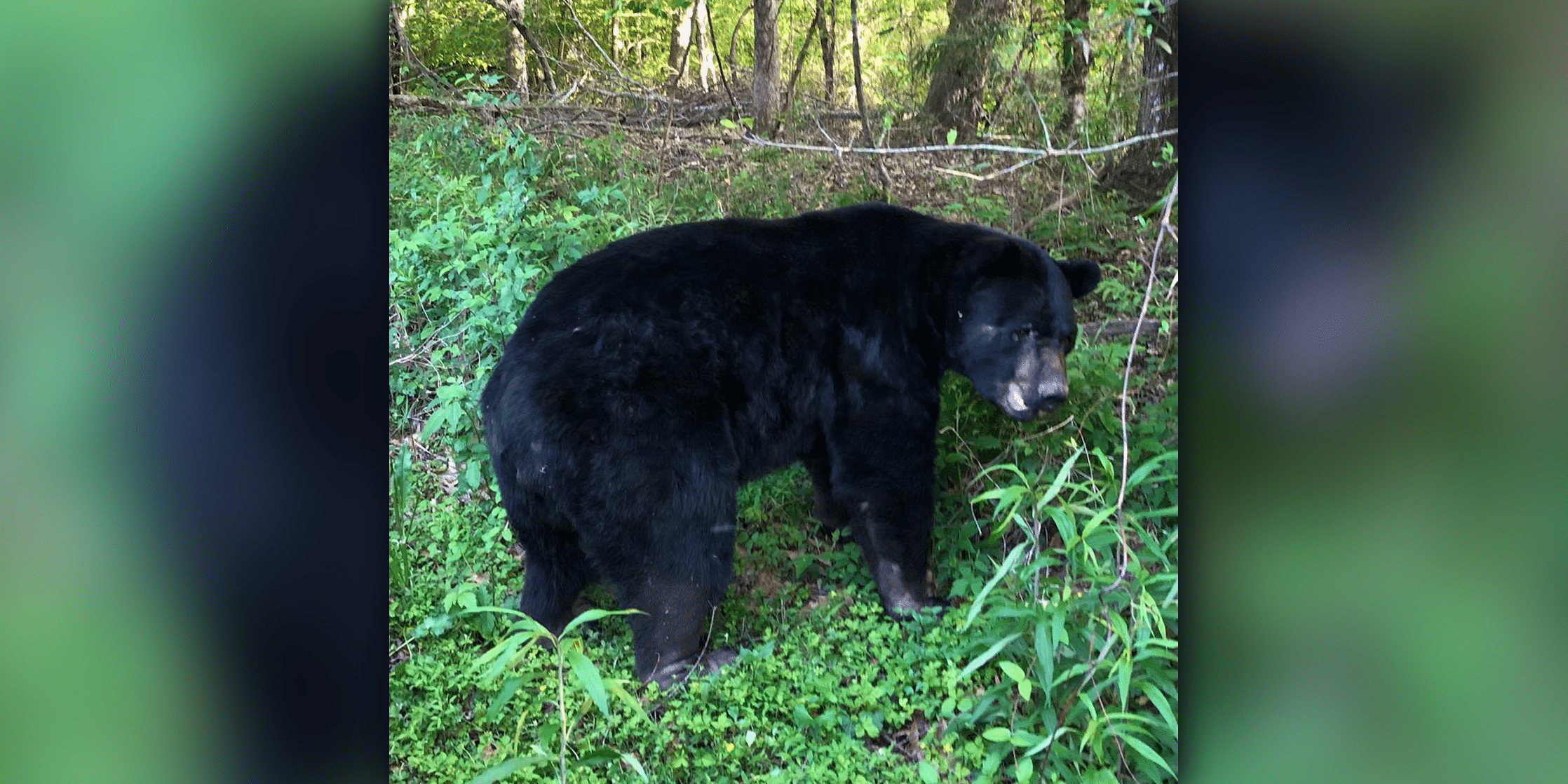 Yogi, when he was released into his new back yard in Southern Warren County (courtesy of the Mississippi Department of Wildlife, Fisheries & Parks)

Early Sunday morning, numerous people reported seeing a black bear on and around Newit Vick Drive in the Openwood Plantation area. Chris and Nicole Gilmer captured photos and video of the bear on their surveillance system. 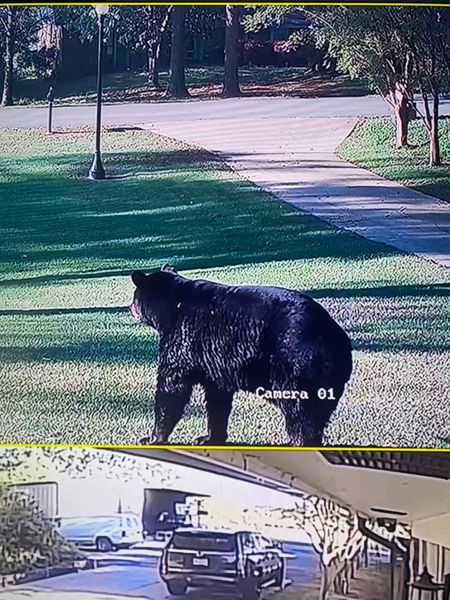 (photo by Chris and Nicole Gilmer)

As the day progressed, there were additional sightings as it indicated that the bear was traveling towards the Bovina area. Chief Deputy Billy Heggins and Mississippi Department of Wildlife, Fisheries and Parks Agent Lee Harvey encountered the bear near Willow Creek.

At this point, the concern became the bear getting into traffic if he was spooked. Warren County Sheriff Martin Pace went into the wooded area between Interstate 20 and Willow Creek and kept the bear’s attention while Richard Rummel, who is the Black Bear Coordinator for the WDWFP responded from Rankin County.

“He was a beautiful creature,” Sheriff Pace said. “My concern was keeping him distracted so he didn’t bolt into the Interstate.”

When Rummel arrived, the bear was successfully captured and transported to a location in Southern Warren County to be released back into the woods.

“Bears are extremely intelligent and if they find a good food source such food scraps in garbage, they remember the location and usually return,” Rummel explained. He added that they will often eat cat and dog food. He encourages people to keep trash receptacles and animal food containers in storage when not in use. Rummel went on to say that in most cases bears remain docile if unprovoked.

The department normally tries to coax the animals back into wooded areas. Rummel said in this case with the animal being in heavily populated areas and close to a major thoroughfare, it was best to relocate him for his own protection.

The young bear appeared to be very healthy, weighing an estimated 400 pounds.

Young Yogi, your fans at VDN wish you a long and happy life.