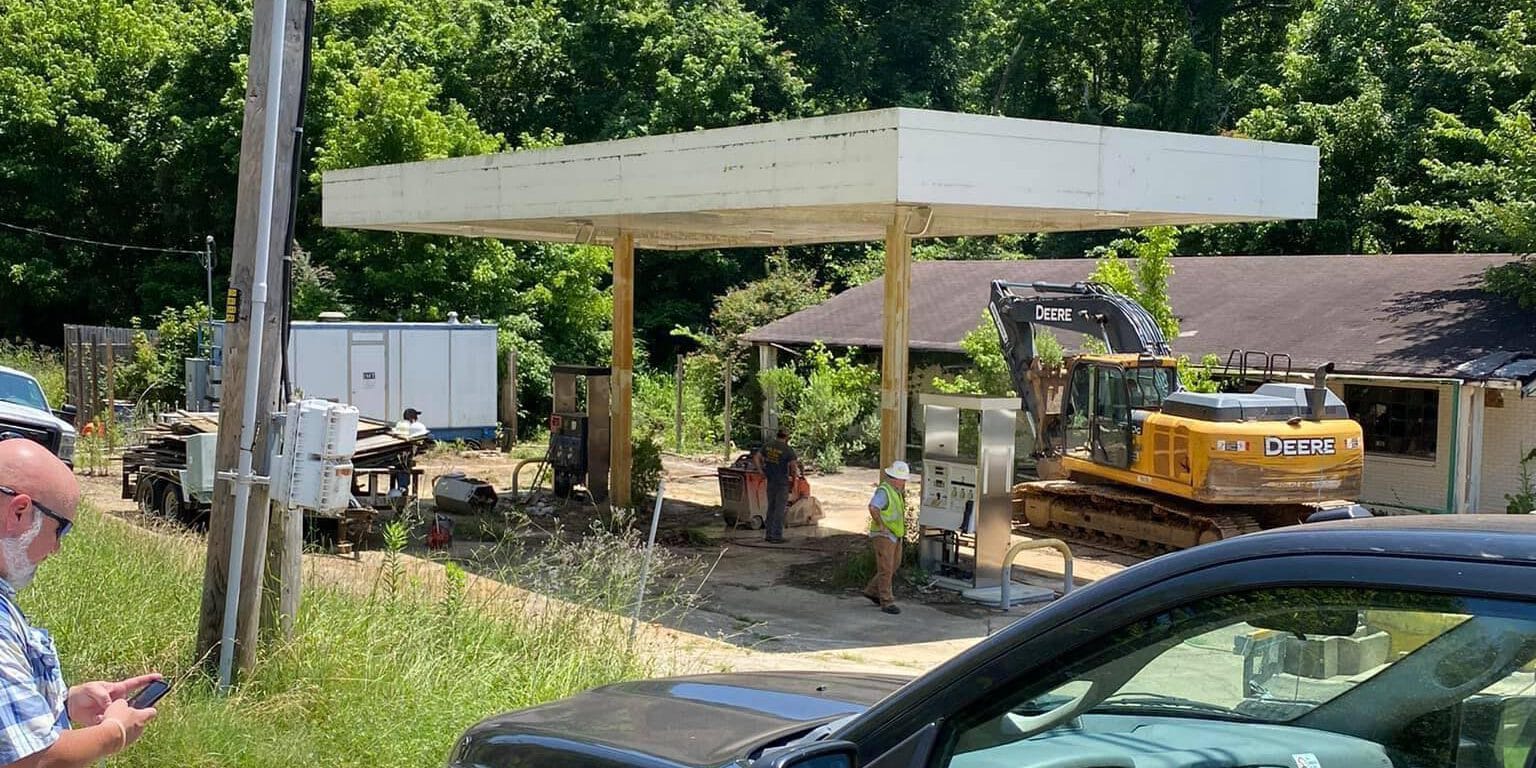 (photo submitted by a VDN reader)

A contractor for Mississippi Department of Environmental Quality began work Monday at the site of an old gas station at 1760 Oak Ridge Road.  Workers are beginning the process of removing the gasoline storage tanks underground. District 1 Supervisor Edward Herring made cleaning up this property a priority and has been working with state agencies to address the eyesore.

The abandoned store was last owned by Moak Petroleum, which lost the property to non-payment of taxes.

When reached Monday afternoon, Herring said removal of the tanks and canopy along with the remains of the waste fuel disposal system was the first step. Once that is complete, he hopes to get the remains of the store demolished and removed from one of Warren County’s busiest roadways.