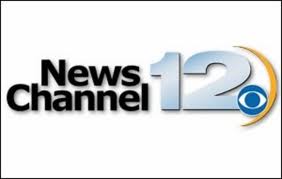 Facebook page, left the broadcast tower in WJTV’s back lot covered in ice.  Employees of the station showed up to work on Monday and, by the time lunch rolled around, the sun was shining brightly and the temperature was near forty.  Strong wind gusts had followed the cold front that moved in the night before which dislodged the icicles that had formed on the station’s tower during the storm. Jerry Brooks, an employee of WJTV, captured some amazing video of the treacherous conditions in the parking lot.  WJTV posted the video on their site.  The video caught our eye and the eye of some of the major cable news networks.  Click here to watch the amazing video! The staff of VicksburgDailyNews.com is truly thankful that nobody was injured and only minimal damage was done to vehicles.  This story goes to show you that once a storm passes, the danger is not.]]]]> ]]>

Did You See It?