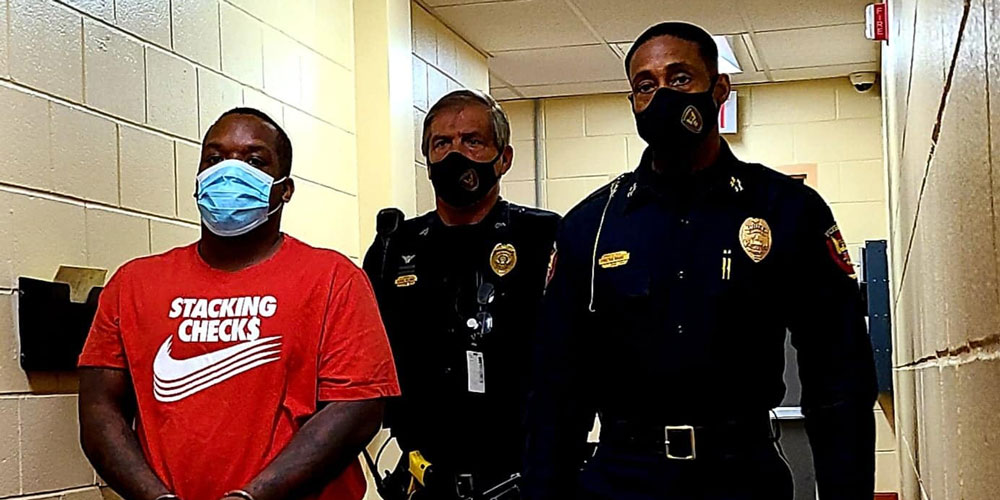 Winters faces three charges: Murder, Aggravated Assault with a Firearm, and Possession of a Firearm by a Convicted Felon.  Judge Carpenter set his bond at $2 million and bound him over to the Warren County grand jury.  The Mississippi Department of Corrections also has a hold on Winters. 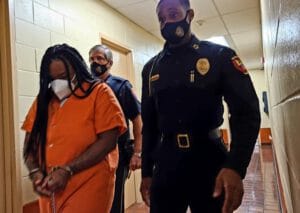 Ollie Wells hangs her head as she is escorted to court by Sgt. Claude Billings and Chief Milton Moore (photo by David Day).

Winters’ girlfriend, Ollie Wells, 25, also appeared before Judge Carpenter, where she was charged with hindering prosecution for her role in helping Winters avoid arrest.  Wells has been assigned a bond of $200,000.

Carter was shot twice in the abdomen in an altercation outside LD’s Kitchen at 1111 Mulberry Street last October.  He succumbed to his injuries three days later.  He was 31 years old.

This story was updated to include Aggravated Assault with a Firearm, and Possession of a Firearm by a Convicted Felon charges against James Earl Winters.