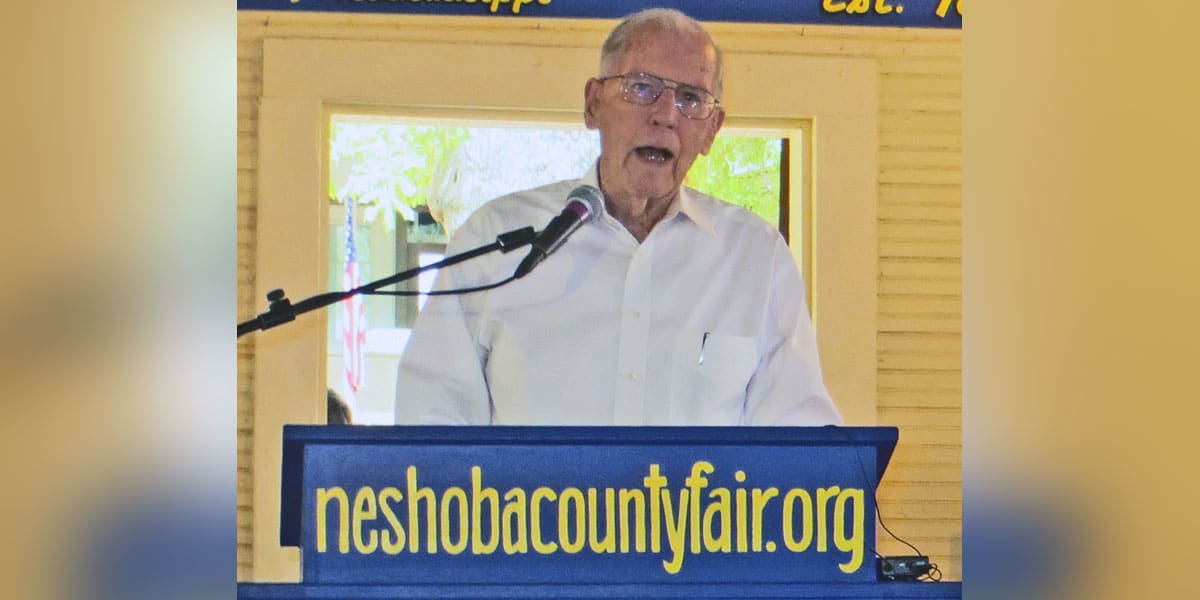 Editor’s note: This obituary was provided to Mississippi Today by the family of Gov. William Winter and was written by longtime family friend David Crews.

Known as Mississippi’s Education Governor, Winter secured passage of landmark educational initiatives in 1982 bringing kindergartens, compulsory school attendance, and a range of other key reforms to a state plagued by poverty and illiteracy. During his remarkable 75 years of public service, Winter linked education with economic development in the nation’s poorest state, observing, “The road out of the poor house runs past the school house.”

In remarks made in 2003, the historian David Halberstam called Winter “Mississippi’s best and strongest governor of modern times.” Halberstam went on to say, “Winter, more than any other politician, is the architect of the new Mississippi and the new America. By contrast, we are all too aware of politicians who can play to the darker side of our nature.”

In the 1950s and early 1960s, Winter stood in staunch opposition to the Ku Klux Klan and the White Citizens Councils — organizations which advocated for strict racial segregation, at times through violent means.

In 1967, Winter ran for governor for the first time. After leading in the first primary, his life was threatened by the Klan for his open-minded stance on race. Persisting with the campaign despite death threats, Winter was ultimately defeated in the second primary by John Bell Williams.

Winter’s political courage was recognized on the national stage when he received the John F. Kennedy Profiles in Courage Award in 2008. Presidential adviser Vernon Jordan eloquently commented that “Governor Winter exhibited courage throughout his career, a willingness to speak out, to stand up, to be daring.”

After service in the U.S. Army during World War II, Winter was elected to the Mississippi Legislature in 1947 while still a student at the Ole Miss Law School. In a bid for progressive reforms, Winter ran for speaker of the House against the long-serving and powerful House Speaker Walter Sillers. The bid was unsuccessful but solidified Winter’s reputation as a courageous advocate of political, economic and educational reforms.

Winter went on to serve as state tax collector, state treasurer, lieutenant governor and ultimately as governor from 1980 to 1984.

In 1956, he was appointed state tax collector by Gov. J.P. Coleman. As state tax collector, Winter was responsible for collecting the state’s black-market tax on whiskey and liquor at a time when alcohol sales in the state were outlawed. In that position, Winter was the second highest paid officeholder in the nation right behind the president of the United States. As a good government initiative, Winter successfully advocated abolishing the position of state tax collector. He went on to be elected state treasurer.

In 1971, Winter was elected lieutenant governor, continuing his advocacy of education enhancement and job creation. In 1975, he ran a second time for governor, losing to Cliff Finch, whose campaign was high on theatrics.

After returning to his law practice, Winter ran for governor again in 1979, this time successfully. Winter’s slogan in that campaign was, “William Winter for Governor: The Toughest Job in Mississippi.” That slogan foretold the tough, complex battles Winter faced in dealing with the Mississippi Legislature on his signature education reforms. When Winter became governor, Mississippi was the nation’s only state without compulsory school attendance and was one of only two states without a statewide system of kindergartens.

While serving as governor, Winter’s progressive educational initiatives were defeated twice by a recalcitrant Mississippi Legislature. Only on his third attempt, and after mounting an intensive effort to gain grassroots citizen support, were Winter’s educational reforms finally approved by a scant one vote. The Clarion-Ledger newspaper won the Pulitzer Prize for Public Service based on its in-depth coverage of the legislation that brought a statewide system of kindergartens and compulsory school attendance to Mississippi for the first time.

The Clarion-Ledger characterized passage of the bill as “The Mississippi Miracle.” Winter’s achievement rippled out and was a catalyst for reforms by many other Southern states who secured passage of their own education reforms. The nationally syndicated columnist Carl Rowan characterized Winter’s Education Reform Act as “the most important civil rights and economic development legislation of 1982.”

As noted by political scientist Jess White, “Winter had a whole other career after serving as governor, principally in the arena of racial reconciliation.” After being appointed by President Bill Clinton to serve on the National Commission on Race, Winter expanded that work for racial harmony with the creation of the Winter Institute for Racial Reconciliation.

Reflecting on Winter’s legacy, businessman and former Secretary of State Dick Molpus said, “Winter confronted racial, economic, and educational inequities throughout his life and fought those inequities with courage, hope, and tenacity.”

Winter was an early and longtime advocate of changing Mississippi’s state flag to rid it of the Confederate battle emblem. He and Tupelo businessman Jack Reed headed an effort to change the flag through a statewide referendum in 2001. Although unsuccessful, this effort led to renewed focus on changing the flag which was accomplished in 2020 by action of the Mississippi Legislature. Commenting on banning the flag, Winter said, “I hope this may spark further action to meet the compelling social and economic needs of our state.”

To highlight the cultural accomplishments of Mississippi, Winter and his wife Elise launched a series of conversations at the Governor’s Mansion with accomplished Mississippians including Shelby Foote, Eudora Welty, Leontyne Price, Willie Morris, Walker Percy, Margaret Walker Alexander and many other literary, musical, and scientific luminaries. After a performance by opera diva Leontyne Price at the Governor’s Mansion, Winter changed the Bilbo Room at the Mansion to the Leontyne Price Room, a testament to the advances in racial harmony and inclusiveness fostered by Winter.

In a column marking Martin Luther King Jr. Day in 2005, columnist David Broder wrote, “All of us have people we turn to when we need inspiration. One such person in my life has been former Mississippi Governor William Winter, a man whose courage and leadership, especially on racial and educational issues, have been demonstrated for decades.”

A passionate student of history and government, Winter served on the board of the Mississippi Department of Archives & History for 50 years and as board chairman for over 30 years. The state’s Archives & History Building in downtown Jackson is named for Winter.

Reflecting on Winter’s 75 years of public service, businessman Jim Barksdale observed, “Leadership is the most important ingredient in politics, business and life. I can’t think of a better example of leadership than William Winter.”

The arc of Winter’s life and his accomplishments were chronicled in an Emmy Award winning documentary film “The Toughest Job.” The film chronicles Winter’s life from his early education in a one-room school house in rural Mississippi during the Great Depression through his many political campaigns to his leadership on important national issues.

In that documentary, former President Bill Clinton observed, “The combination of Winter’s personal strength and political openness is the key to making this crazy time we’re living in hold together and make sense.” The film’s producer, David Crews, commented on the humility that Winter exhibited throughout his life, noting, “William Winter was humble with little to be humble about, a rarity among politicians today.”

Winter, a devoted family man, is survived by his wife of 70 years, Elise Varner Winter, who played a pivotal role in education reform and worked relentlessly on all of her husband’s campaigns. She also successfully led Habitat for Humanity efforts in Mississippi, resulting in the construction of hundreds of homes for the working poor. Governor Winter is also survived by three devoted daughters Anne Winter, Lele Gillespie and Eleanor Winter, along with five grandchildren Dr. Winter Williams, Dr. Zach Williams, Ty Gillespie, Caroline Gillespie, and Grace Gillespie and five great grandchildren. Governor Winter was the son of William Aylmer Winter, who served in the Mississippi Legislature, and Inez Parker Winter, a devoted Grenada County school teacher.

A memorial service will be held once the dangers from COVID-19 abate and it is safe to gather for a service. Condolences to the Winter family may be mailed to P.O. Box 427, Jackson, MS 39205.