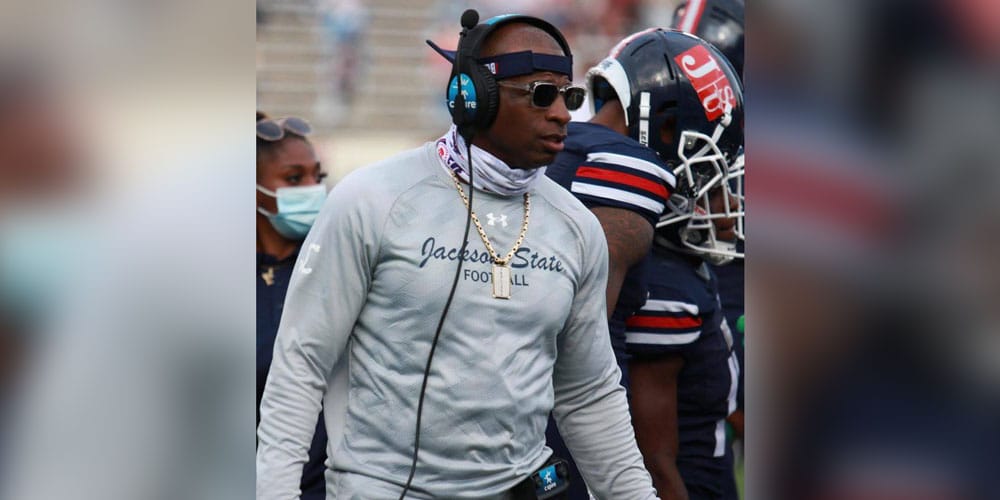 As Jackson State University now sit with a 4-0 record, it leaves the question on if Deion Sanders and the will and the Tigers will be the the top dogs of the SWAC.

For over five years Alcorn State University was the best team almost every year in the SWAC before opting out of the spring season a couple of months ago.

Now that JSU had added Sanders as the head coach, the Tigers are now undefeated and has multiple nationally known recruits who have joined the team and will be eligible to play in the fall. The team went 4-8 last season and has now already completed those same amount of wins this season.

Sanders is quickly bringing the Tigers to a new winning era that has gotten many fans pumped up about JSU football. They are recently coming off a 43-7 win over Mississippi Valley State University and are only allowing 11.6 points per game.

JSU will have many challenges coming soon as they a few tough games ahead starting with Alabama State University on Saturday followed by Southern University.

As of now, JSU is continuing to dominate their opponents and on the route they’re going it won be long until they are completely running the SWAC.

Although JSU is doing great now, they still have many players coming in for the fall 2021 season that will for sure have a great impact on the as Sanders and the Tigers will continue to try and keep their program as one of the best in the SWAC.