What is Mississippi getting for $350 million a year in workforce development? Leaders vow to find out. 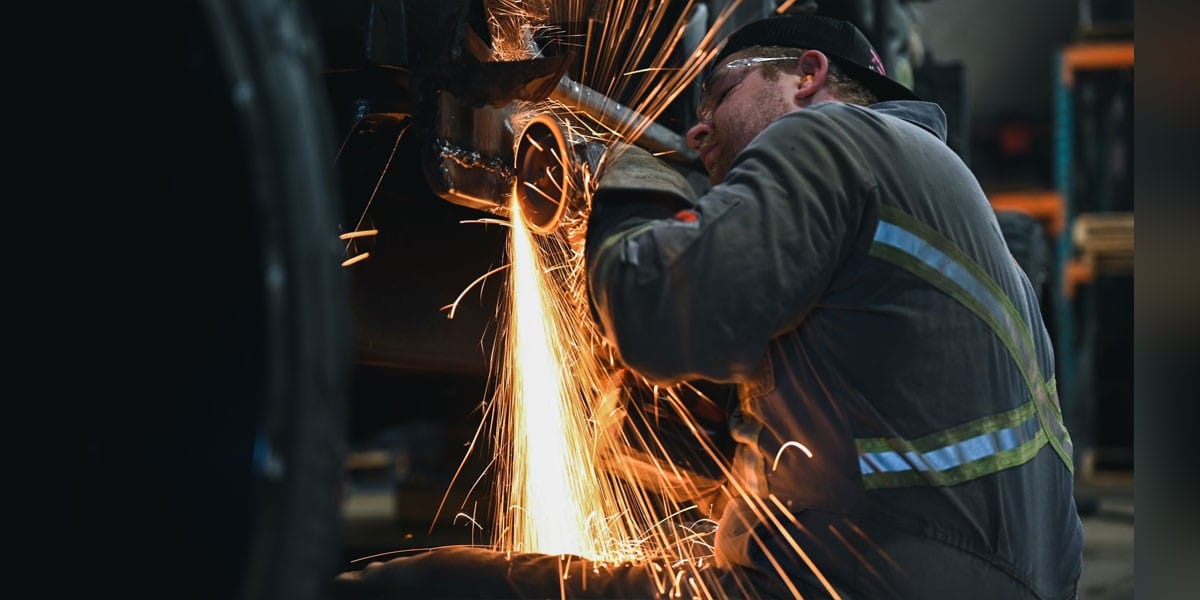 Welding and soldering is one of the training programs offered at community colleges. (Photo by Max LaRochelle on Unsplash)

Mississippi spends roughly $350 million in state and federal funds on workforce development and training each year, a new budget report drafted for the first time this year revealed.

But for all the celebration of the state’s advancement in the workforce over the last few years, newly elected leaders are finding little more than smoke and mirrors. They’re questioning what the state has really accomplished with the money as its workforce participation rate remains among the worst in the nation.

“We didn’t have the structure to start with,” Lt. Gov. Delbert Hosemann told Mississippi Today. “Like, how are we training? Are we doing it in schools? How is that going? Are the community colleges meeting the needs? Where are they not meeting the needs? Is everything running as smoothly as it should?”

Training programs are crucial in ensuring not only that Mississippians have access to jobs that pay enough to support their families, workforce specialist say, but also that employers have a pool of skilled applicants to choose from, supporting industry across the state.

Workforce development generally refers to training or classes that help adults receive a certificate or otherwise prepare for a job, but don’t necessarily correspond with college credits.

Mississippi, often listed as the poorest state in the nation, also purportedly relies on these programs to lift adults out of poverty, in many cases requiring public assistance recipients to participate in them in order to maintain their benefits.

Just under 54% of working-age Mississippians were either working or looking for work in July, the third lowest rate in the nation, according to U.S. Bureau of Labor Statistics. But Mississippi also bottomed the list at 56% in February before the pandemic, compared to the national rate of 64%.

Hosemann said state economic experts estimate about 40,000 Mississippians who lost employment during the pandemic will not return to the jobs they had before.

“We have an immediacy to act here,” Hosemann said.

There is no true repository of information on all workforce training efforts happening in the state and their efficacy, several officials told Mississippi Today, despite the creation of the State Workforce Investment Board years ago to serve that purpose. Board members and other officials have complained that the 45-member board of economic leaders mandated by federal statute was too large to meet meaningful goals.

So this year, the Legislature passed a bill to shrink the board to 31 members and create a smaller Mississippi Office of Workforce Development, which will consist of a director, the state’s workforce czar, who has not yet been named, and staff of professionals. The legislation also requires more accountability and reporting from each entity that receives and spends state or federal money for workforce development.

Hosemann said that when the workforce czar is in place, the Legislature intends to allocate enough resources to make serious advances to workforce training efforts. Through this restructuring, Hosemann said he has lofty goals of raising Mississippi’s workforce participation rate 1% each year.

“It solves economic issues. It solves health care issues. It helps with crime issues,” he said. “Whatever — you pick the topic, but if we could get our labor participation rate up anywhere close to 60%, somewhere in the 58, 59, 60% range, we will solve a myriad of both social and economic issues.”

In preparing the bill, lawmakers asked their budget analysts to compile a list of all state and federal funds used for workforce development. It was a tall task in part because “workforce development” — which longtime Sen. Hob Bryan, D-Amory said he considers a buzzword — can be hard to define.

Officials say they do not have a good grasp on where all of those dollars are spent and an even worse understanding of the outcomes of the programs they fund.

“Part of the problem is that workforce development has been way too ambiguous,” said Patrick Sullivan, president of the Mississippi Energy Institute and chairman of the State Workforce Investment Board. “Basically our workforce strategy has been: ‘Workforce development is important.’ Well that’s great … but what does it mean? What does success look like and what are the targets?”

State-funded workforce development efforts include the $50 million Mississippi Works training fund, just one-tenth of which has been spent since it was established and housed at the Mississippi Development Authority in 2016, Mississippi Today reported.

Mississippi makes its biggest state investment in workforce development each year by transferring about $20 million — called Workforce Enhancement Training, or “WET” funds — from its unemployment trust fund to the community colleges.

Both of these funds — Mississippi Works and WET — are spent based on requests from employers, so they would not necessarily pay for an individual’s desired training unless a company had already requested it to train their existing employees.

“For people who don’t have a job, the options at the community college would be career and technical programs,” said Mississippi Community College Board Director Andrea Mayfield. “I would love for us to have state-appropriated workforce training dollars, but the fact is, we don’t. We don’t. The state doesn’t appropriate workforce training dollars to conduct the actual training. The actual training is from WET dollars and the priority has to be on incumbent workers.”

In 2019, Mississippi’s community colleges reportedly used $23.2 million in WET funds on 255,295 trainees, according to reports Mississippi Community College Board supplied Mississippi Today. A fourth of those represent people receiving Occupational Safety and Health Administration (OSHA) training, knowledge required on many worksites, and which employers would typically have to provide, but which does not necessarily equate to a new skill.

The next most utilized programs were medical and health care training, serving 50,269 trainees, furniture manufacturing (18,575), industrial production (17,286), and welding and soldering (13,804).

The unemployment trust fund, which has historically provided most of the dollars for the state’s own workforce development efforts, is quickly becoming depleted after unprecedented job loss as a result of the pandemic.

When they did, lawmakers set aside $55 million for a workforce development initiative called ReSkill MS, which is being administered by the Mississippi Department of Employment Security and four planning and development districts across the state. The community colleges were able to request funding for their needs, and they expect to use most of the money on equipment and technology purchases and less than $5 million on training tuition vouchers for jobless Mississippians, Mississippi Today reported. Lawmakers also provided that any relief money not spent by the end-of-the-year deadline would be transferred to the state’s unemployment trust fund instead of returning it to the federal government.

Historically, some of the state’s workforce programs have reported meager results: one nonprofit engaged by Human Services in part to “increase employability” among the lowest-income residents received $30 million in welfare funds and reported helping 94 people complete a resume and 72 people fill out job applications in the same time frame. Employment security reported serving 1,297 people with job training through its partners, mostly community colleges, in its 2018 annual report — a significant reduction from previous years. It stopped reporting the metric in newer reports.

Sloppy and non-standardized reporting may be to blame for some of the obscurity surrounding workforce development outcomes across the state — despite the fact that the state has spent millions creating and maintaining a system called the Statewide Longitudinal Database System housed at the National Strategic Planning and Analysis Research Center (NSPARC) at Mississippi State University to track just that.

The Mississippi Department of Employment Security — whose slogan is “Helping Mississippians Get Jobs” — spends about $27 million each year in federal workforce development funds in conjunction with its Workforce Opportunity and Investment Act plan to the U.S. Department of Labor, which requires quarterly performance reporting. But it cannot quantify how many people actually got a job with their help.

Department leaders told Mississippi Today last year that as technology has advanced — such as the Mississippi Works phone app, the mobile version of a job search engine that has existed for years — the agency stopped capturing data to show the total number of people it placed into employment. Annual reports show the number has only dropped — from 36,000 people in 2013 before the app launched to 23,000 in 2018. After Mississippi Today’s inquiry, it stopped reporting the metric in its annual reports.

The maze of workforce development services in Mississippi is so cumbersome, even to the state’s top specialists, that advocates question how vulnerable workers are supposed to navigate the system.

“In one way, it sounds like we have this plethora of educational and training opportunities for people,” said Carol Burnett, director of the Mississippi Low Income Child Care Initiative and Moore Community House, which operates the Women In Construction Program on the coast. “And on the other hand, it’s so daunting and confusing and your average person doesn’t know what’s out there, or what the entry points are, or what the various eligibility requirements are. It just seems like it’s incredibly confusing.”