What goes up doesn't always come down - tree trimmer rescued 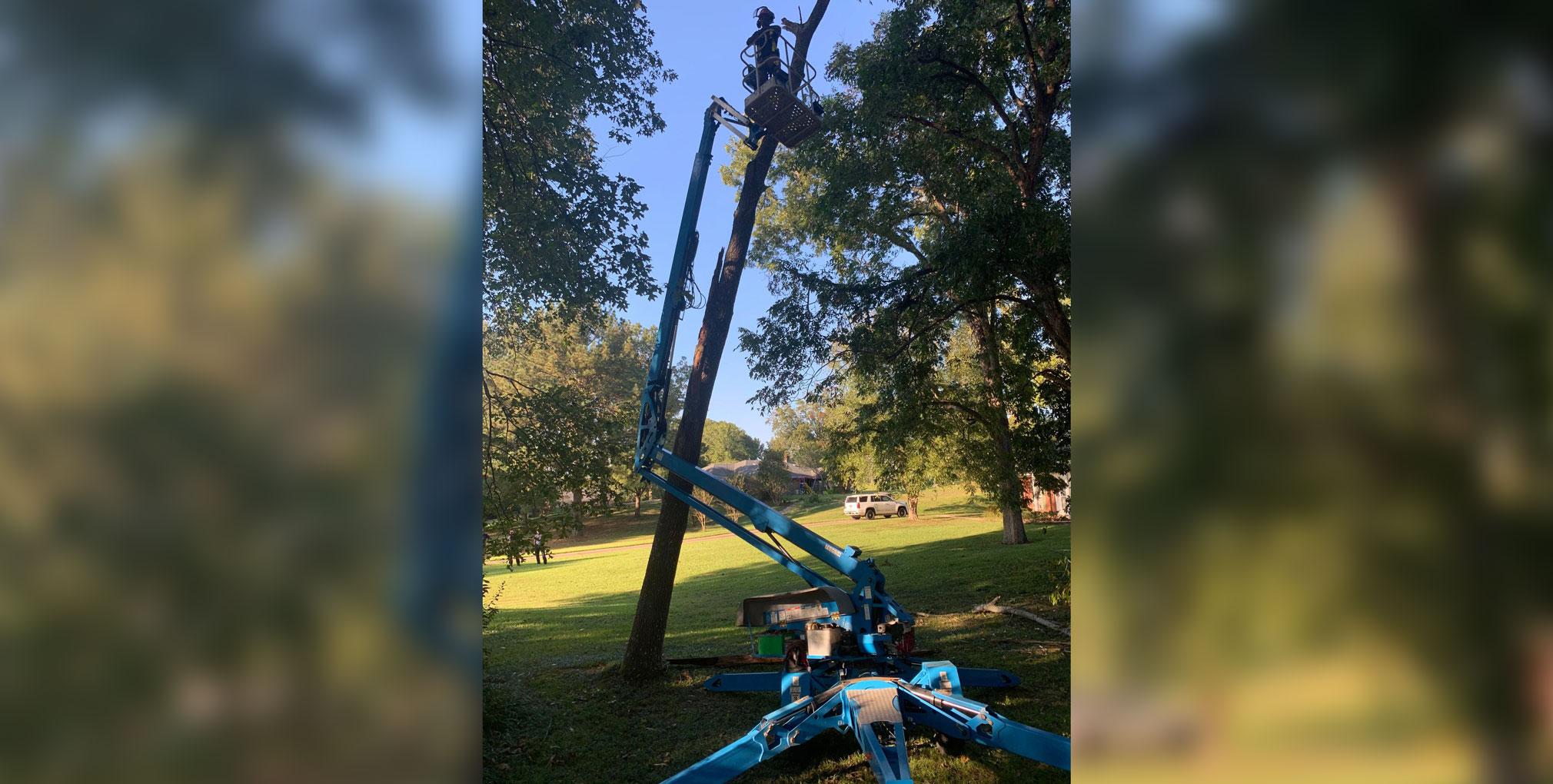 A tree trimmer found himself stuck over 35 feet in the air for nearly four hours on Sunday.

The man was trimming trees on Choctaw Trail in the Openwood subdivison when the boom lift he was using malfunctioned, leaving him stranded in the treetops.

A representative from Sunbelt Rentals in Jackson, where the equipment was obtained, tried to assist him in lowering the boom, but the bucket was wedged against the tree.  It became clear that they would need help to get the man down safely, and authorities were called.

After removing the large tree limb that the lift was hung on, they were able to safely lower the man to the ground.