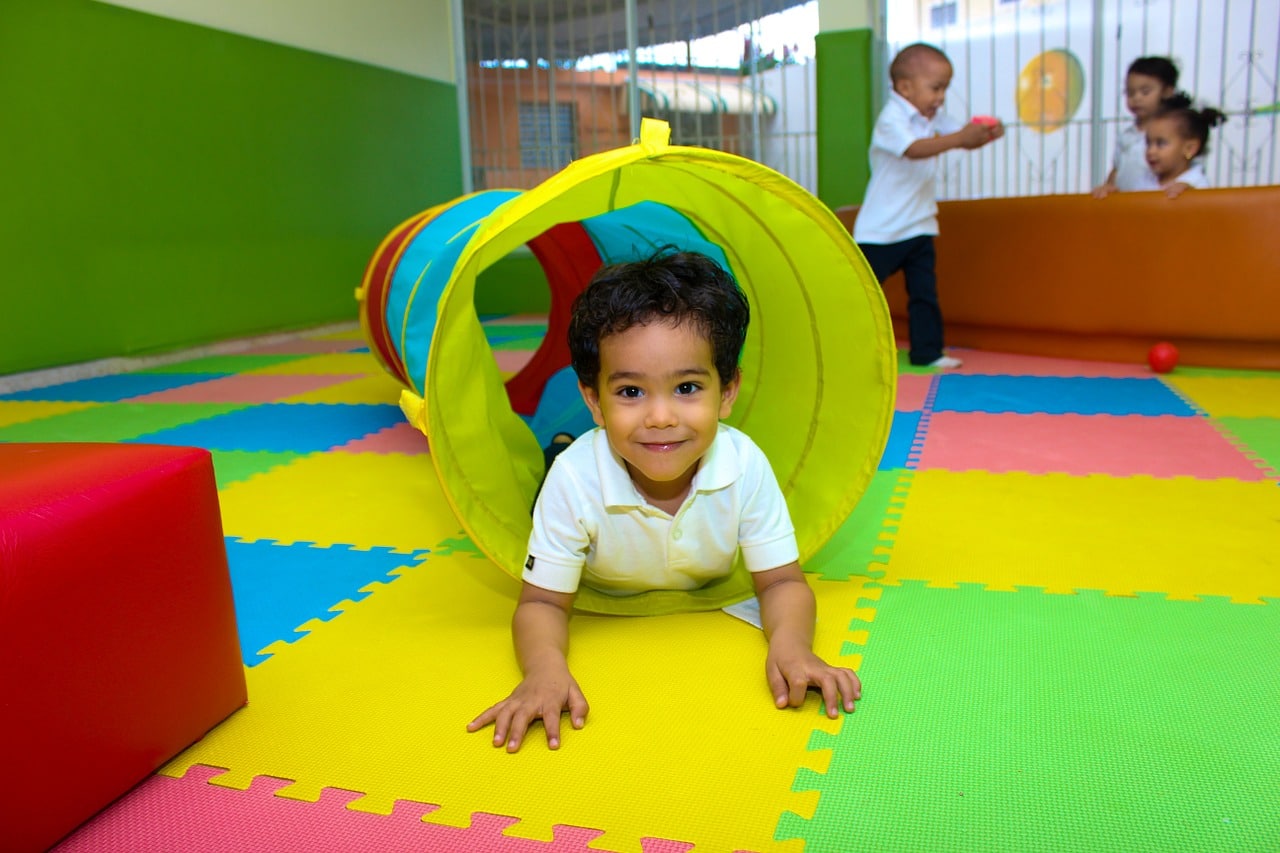 In Mississippi, applying for public assistance like food stamps or a child care voucher isn’t as simple as showing that you are poor.

Applicants — mostly single moms — must also provide the address, social security number, employer, bank accounts, names of relatives and other information about their children’s father so that the state can locate and go after him for child support payments.

Mississippi isn’t required to force custodial parents to sue their children’s other parent in order to qualify for these federal programs — but it does anyway.

“They try to make the woman the policeman of their division by putting the father under child support. It’s not her job to do that. She did not create that rule,” said Theophilus King, owner of Christian Mission Learning Center in Jackson. “They’re trying to drive a greater wedge between the two people.”

Advocates for working mothers cite this rule as one of the biggest barriers for those seeking child care, and therefore employment. Of any policy change within the program, they say removing the child support requirement could have the biggest impact on the low-income people they serve. But Mississippi officials have refused to entertain the idea.

Moms applying for the federally-funded food assistance program or child care voucher must secure a letter from the child support office to prove they are cooperating, even though both programs are run by the same state agency. The outdated computer programs at the Mississippi Department of Human Services don’t communicate with each other, making the application process all the more cumbersome. If the applicant can’t get through to child support’s often overwhelmed call center, she might have to drive 30 minutes or an hour to the nearest child support office.

In some cases, the child support requirement not only exposes the agency’s clumsy case management, but can create absurd scenarios.

“I have a mom right now whose child’s father is deceased, but CCPP (the Child Care Payment Plan voucher program) still wants her to put child support on the father even though he died in 2018,” said Pamela Reynolds, a case manager for the Mississippi Low-Income Child Care Initiative’s Employment Equity for Single Moms project. “She said she has shown the death certificate — everything.”

The state does allow exemptions to the requirement for custodial parents who might be a victim of domestic violence, who fear that the other parent might retaliate if they sue them for child support. Of course, advocates point out, many women in this situation may have been reluctant to report previous violence — and therefore lack the proof needed for the exemption — for the same reason.

Out of roughly 263,151 cases in the child support system, the state has made a “good cause determination” — identified one of a few accepted reasons for a parent not to cooperate — in exactly three open cases in 2020. Advocates question whether the agency is following its own policies, considering the extremely small number.

Belinda Thornton, another case manager for the employment equity project, said she worked with a mother in that very situation.

“She had the police report. She had the peace bond. She took that to the child support office and showed them those reports, and therefore she did not feel comfortable or safe placing that dad under child support, and she was denied (the assistance) because of it,” Thornton said.

“It took me contacting Chad Allgood (director of the Division of Early Childhood Care and Development) at DHS to say, ‘Y’all aren’t following your own policy. You need to do this,'” Burnett said.

Asked if he was confident the agency was consistently applying that exemption, Allgood said: “I really can’t speak to that because that is not my division that handles the child support piece of it. Literally, we have access to a database that says that an individual is or is not in cooperation. That’s the extent of what I can speak to.”

The federal government does require that states impose this child support rule on applicants for Medicaid and the Temporary Assistance for Needy Families cash assistance program, the block grant that replaced the old welfare entitlement program during welfare reform in the 1990s.

Like many rules within the federal cash assistance program, the child support cooperation requirement illustrates the racist roots of welfare programs, which in the early 1900s existed almost exclusively for widowed white women. When more Black mothers began accessing the program, the government imposed new restrictions, such as work requirements, that were based on racist stereotypes about the poor.

But the federal government doesn’t actually require this policy for other anti-poverty programs, such as the Supplemental Nutrition Assistance Program, formerly known as food stamps, or the child care voucher. Mississippi is one of just seven states that impose this rule on the food program and seventeen that require child support cooperation for the child care subsidy, according to a 2018 report.

Mississippi hasn’t always mandated child support cooperation in the child care program — only since 2004. After the agency added the requirement, the number of parents waiting to be approved for a voucher immediately fell from over 10,000 to 200, according to a report by the nonprofit Mississippi Low-Income Child Care Initiative, illustrating the measure’s effects on parents and children. The initiative also found that the centers it surveyed served 40% fewer children after the rule change.

In January of 2019, Mississippi Today published a story with the headline, “Mississippi demands accountability from parents on public assistance — so why is the state so secretive about how it manages welfare funds?”

Mississippi Today asked the deputy administrator of the division of economic assistance at the time, Dana Kidd, if she thought the child support requirement was problematic because of the position in which it puts single parents.

“Yeah, it is,” she said, “but that’s our state policy and federal regulations. So we have to.”

Asked whether she thought it was a good policy, Kidd, who is Black, said, “Everybody’s going to have a personal opinion on that.” Asked what her personal opinion is, her white male colleague, then-deputy director Jacob Black, cut her off: “Careful,” he said.

Today, the answer to the 2019 headline is clear: At the time it published, state and nonprofit officials were allegedly engaging in one of the largest public embezzlement schemes in state history. The welfare agency’s director at the time, John Davis, is awaiting trial. Black, Davis’ deputy, took over as interim director in early 2020, but he left the agency to go work for Medicaid after the new director, Bob Anderson, took office in March of 2020.

And while the agency’s new leadership promises to right the ship with respect to spending its federal grant dollars, the same controversial child support requirement remains.

Mississippi Department of Human Services solicits public comment about how to improve the Child Care Payment Program — recommendations that the agency claims to use in drafting new state plans it sends to the federal government. Nearly every stakeholder in this system, which exists primarily to help low-income working parents, has pleaded with the state to remove the child support cooperation requirement.

But agency leaders aren’t willing to discuss it.

“At this point, I mean, that is our agency policy, is that child support cooperation is a requirement of the program,” said Allgood, the division director.

Asked if he thought the policy change would improve his department, Allgood insisted on moving to the next question.

“My concern is that MDHS is designed to destroy the nucleus family of the people in Mississippi,” said King, the child care center owner. “They are creating rules that are inconsistent with the rules from the Department of Health and Human Services — the federal government. On the federal level, they say that they are family friendly. But here in Mississippi, it is designed to keep poor people poor, uneducated and to further destroy the family, just like they were doing during slavery times.

“The same thing now is being perpetuated,” he continued. “They are creating burdens and barriers that cannot be overcome, therefore destroying the relationship between a man and a woman who has children. Instead of creating rules that will bring them together, they create rules to keep them separated and put the burden, most of the time, on the woman.”