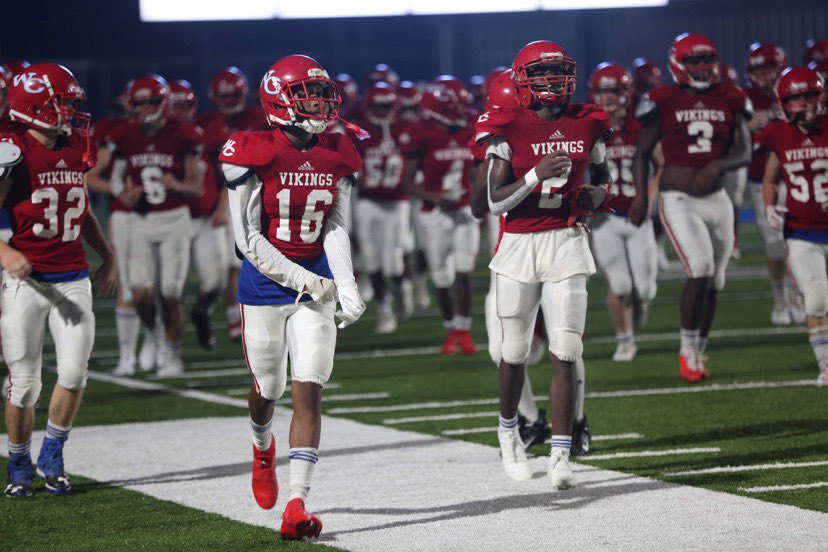 Warren Central freshman football team improves to 2-0 on the year after defeating Ridgeland on Tuesday 34-12.

“Another great team win,” head coach Matt Williams said. “The players are learning how to be great teammates and understand how to play together.”

“We had great effort all night. So proud of these players and coaches for all the hard work they are putting in,” Williams added.

The Vikings got things started early by finding their way to the end zone with effective running by Eric Collins and took a 14-6 lead at halftime.

“I thought early on we set the tone with being the more physical team,” Williams said. “Our offensive line did a great job, you could tell that they are getting a better understanding of how to block and who to block by seeing multiple defensive fronts throughout a game. When our offensive line plays like that, it makes it fun for a ball carrier to be able to run behind.”

Collins finished with three rushing touchdowns on the night with over 150 yards rushing while teammate Decorey Knight Jr took the snaps and brought in two touchdowns.

WC’s defense also showed out last night as TK Qualls got through the line to grab four tackles for loss. Maddox Lynch held down the defense as well by coming up with multiple tackles and snatching a big interception.

Harber Williams also stepped up at safety and shut down one of the Titans’ best wide receivers with multiple pass breakups.

“Defensively, we played hard all night. Ridgeland is a very athletic team and can score at any moment. Our players executed the game plan really well, and limited their big plays and made them earn each yard they got.” Williams said. “All night it was someone different making a play for us, which is really good to see. We are not dependent on one or two players,  everyone is contributing.”

WC will travel to Clinton next Tuesday in hopes of keeping their winning streak.