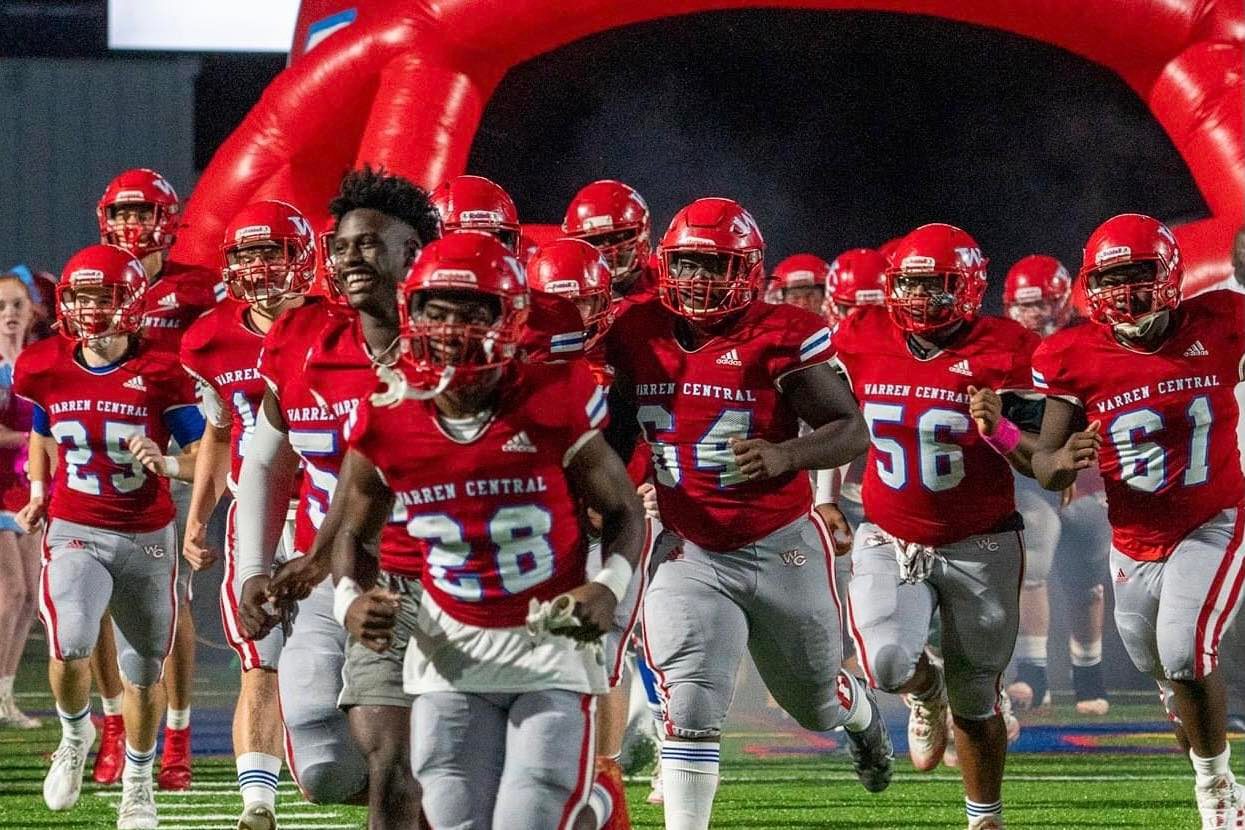 Warren Central High football clinched a playoff spot for the tenth season in a row after defeating Meridian 31-21 on Thursday night.

The Vikings were able to create some big plays offensively which helped them stay on top in the big match. Quarterback Jack Wright hit Preston Lynch for two long touchdowns.

Jaeveon Mims blocked a punt on special teams along with Brandon Gilliam who knocked down a 40-yard field goal.

Mark Gray and TJ Thompson both had rushing touchdowns.

Late in the fourth quarter, the Vikings were leading 24-21 before a big play put the game out of reach. With a little over two minutes remaining, Thompson broke out for a 40-yard touchdown to make it 31-21, Vikings. A few plays later Jashun Simon grabbed his second interception of the night.

This win gives WC the chance to travel and play D’lberville on Friday where they will go for a fifth consecutive win.