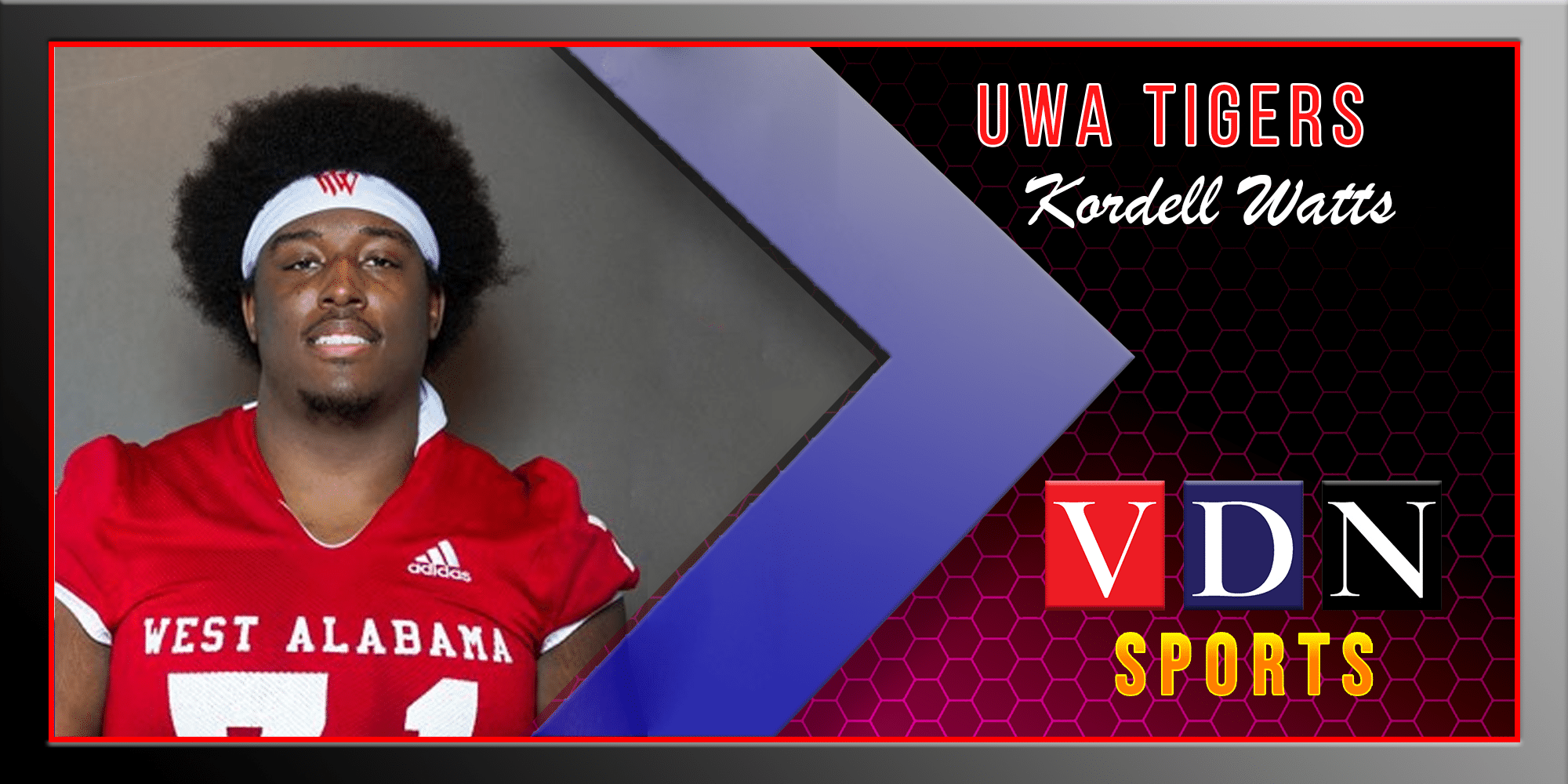 VICKSBURG, Miss. (Vicksburg Daily News)–After being red-shirted in the 2019 season, Vicksburg native Kordell Watts stepped up in a big way for the University of West Alabama in the Spring 2021 season.

Watts, the former Vicksburg High football player, earned a starting position at center for the Tigers in their two-game spring season where they finished 2-0.

“I think I did better in leading the offensive line this year and I was able to keep cool and stayed heavily involved in the game,” Watts said.

UWA had two big wins over Limestone and Savannah State earlier this year with the help of Watts’s aggressive blocking that led to multiple points being scored.

The spring season gives the team a good look at what’s coming in just a little over a month once the full season kicks off.

“We have a good team this year and everybody is more serious and hungry to win,” Watts said.

Watts has already been named a starter for this season and still has another year of eligibility remaining after 2021. Many people, especially teammates, are expecting him to do great this season, being in a pro-dominant role.

Watts is a 2017 graduate of VHS and a business management major.