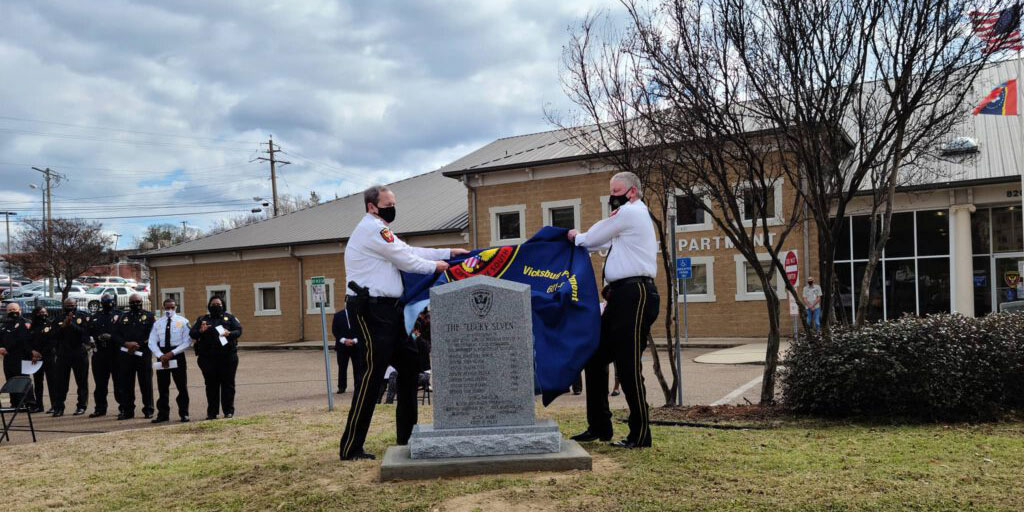 A ceremony took place at 1 p.m. on Wednesday, Feb. 24 to honor the local heroes who have been dubbed the “Lucky Seven“. 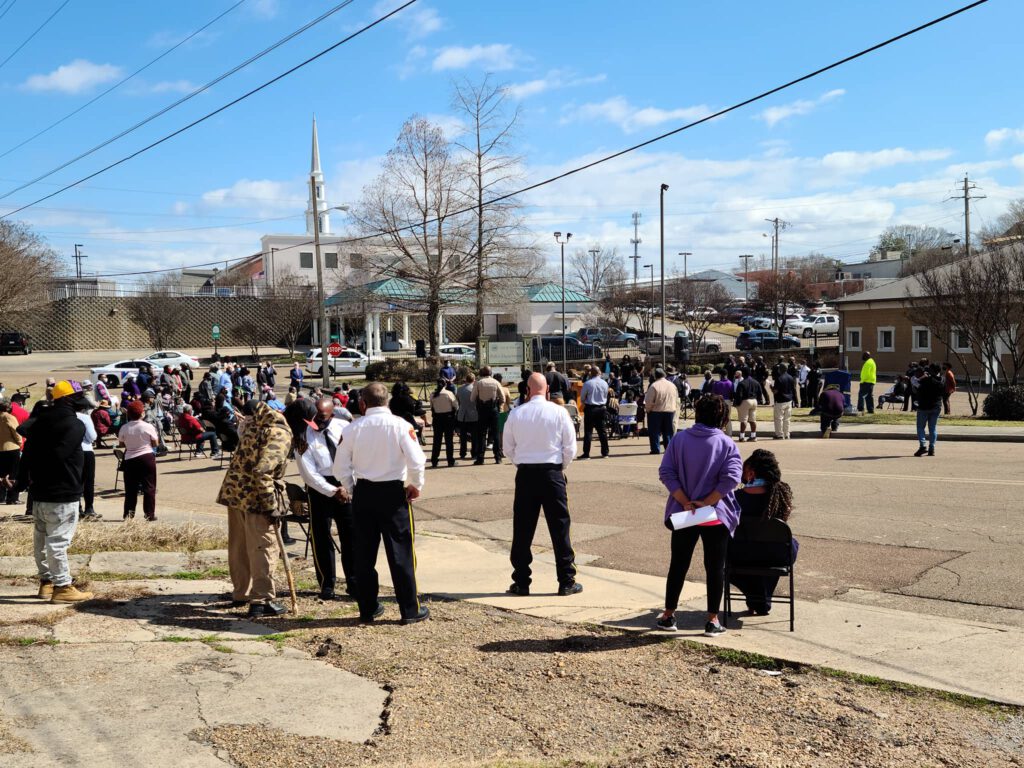 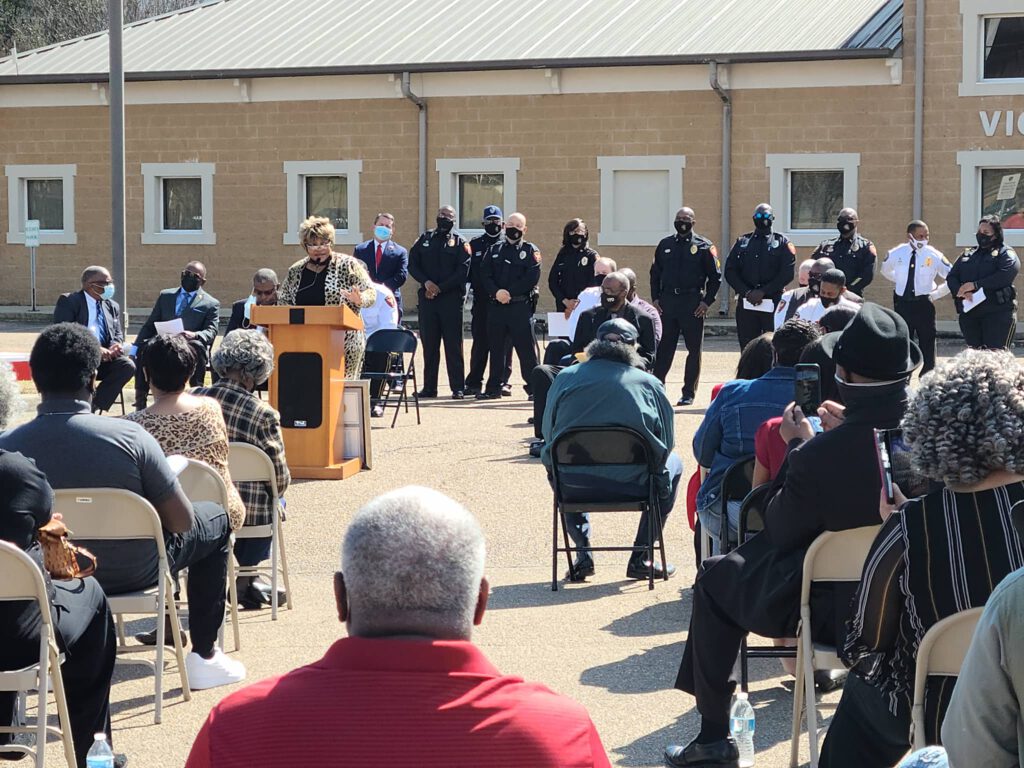 Geneva Jones sings at the “Lucky Seven” ceremony. (Photo by David Day)Evangelist Geneva Jones brought laughs and emotion to the crowd. She started the ceremony with a song. 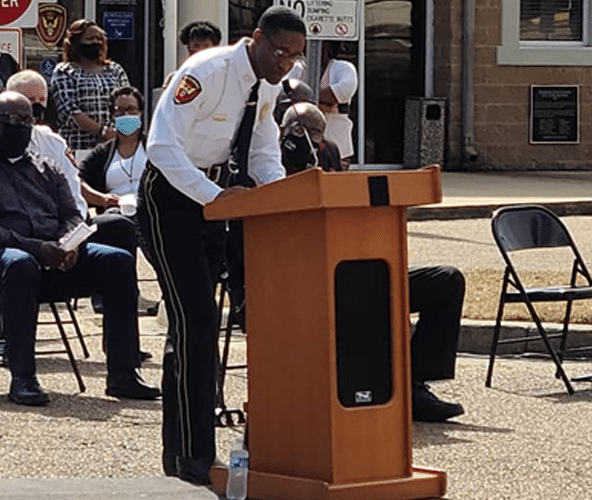 Vicksburg Police Chief Milton Moore feels the seven allowed him to be where he is today, saying “We stand on their shoulders.”

Many of Vicksburg’s leaders spoke about how the officers impacted their lives, both directly and indirectly. 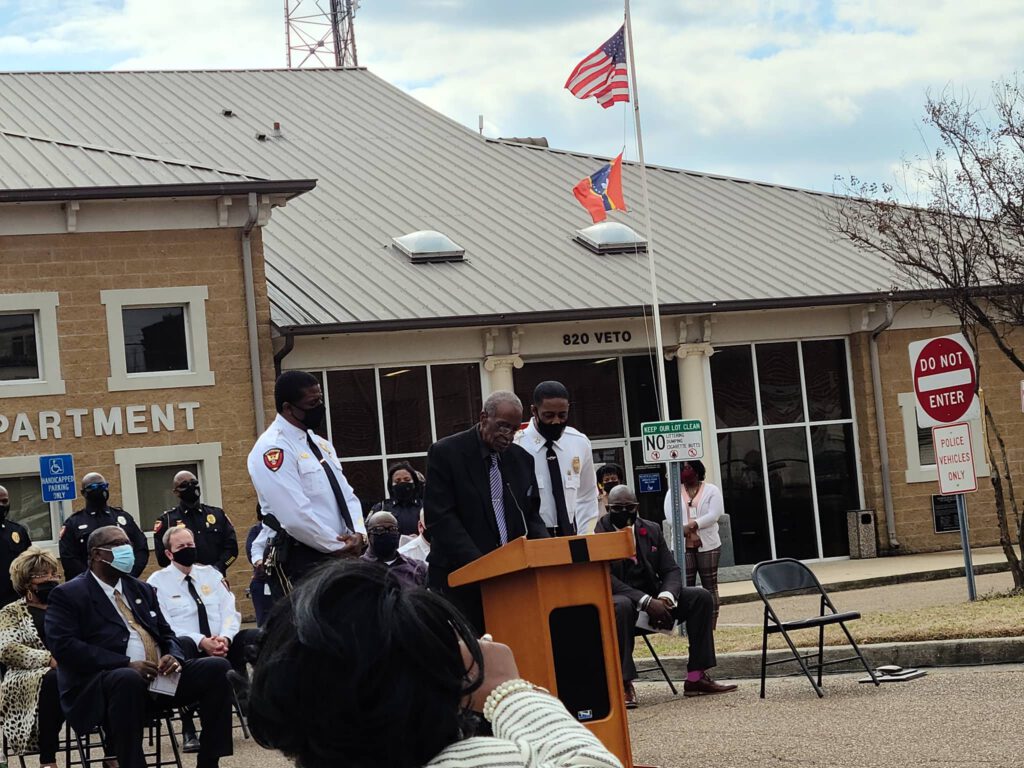 James Chiplin is the last surviving member of the ‘Lucky Seven’ to witness the marker, and he was honored with a plaque at the ceremony.

These honorable men served dutifully and endured so much, that those that came behind them would have an opportunity. 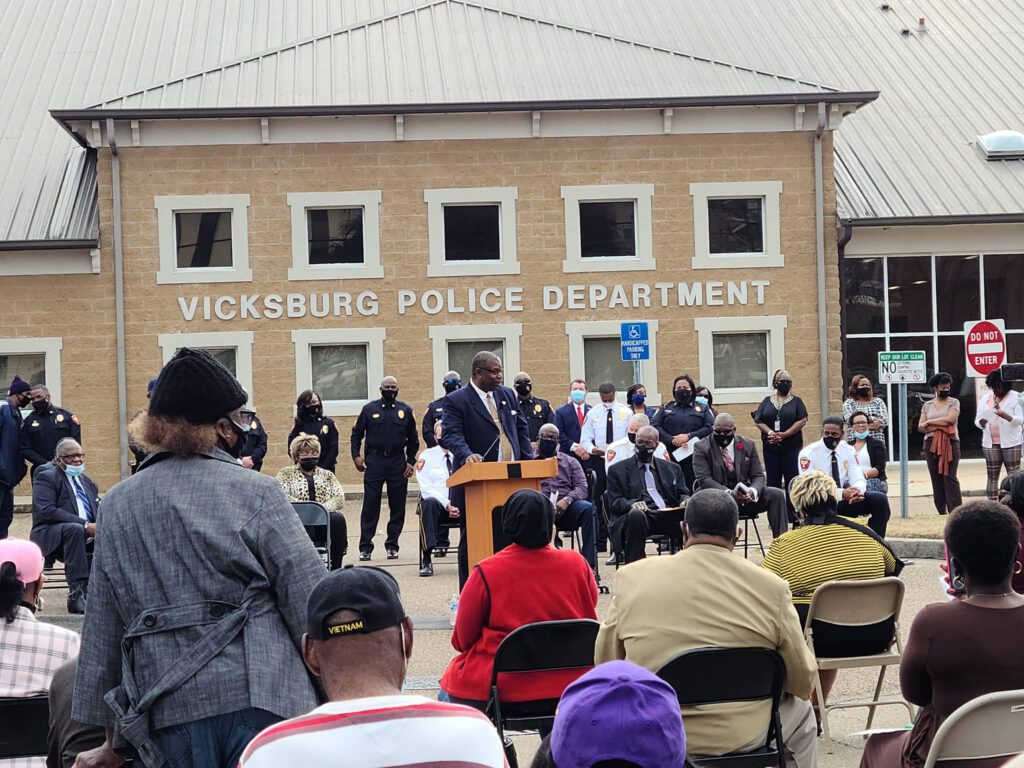 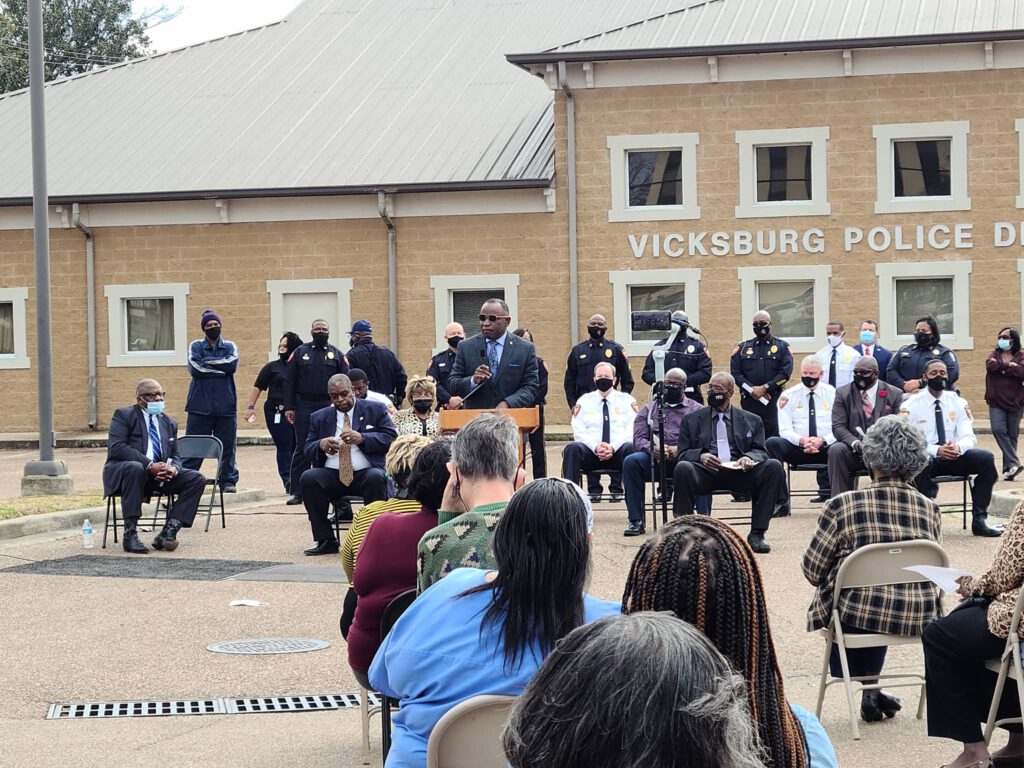 The permanent monument installed in front of the Vicksburg Police Department will serve as a reminder for generations to come. 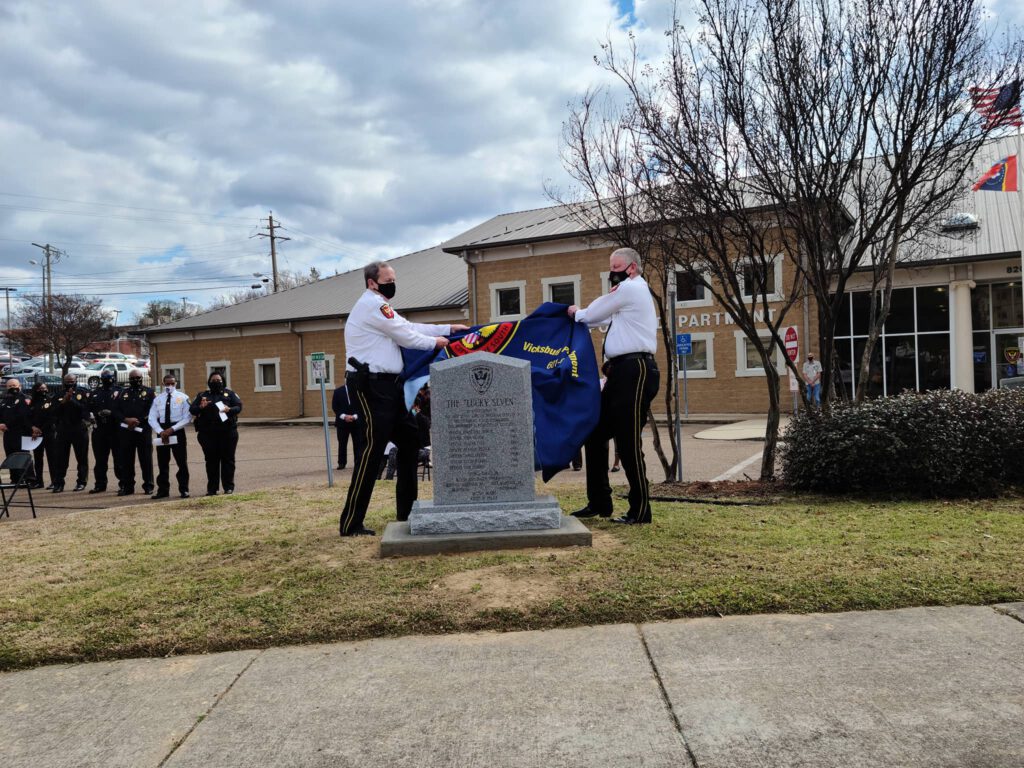 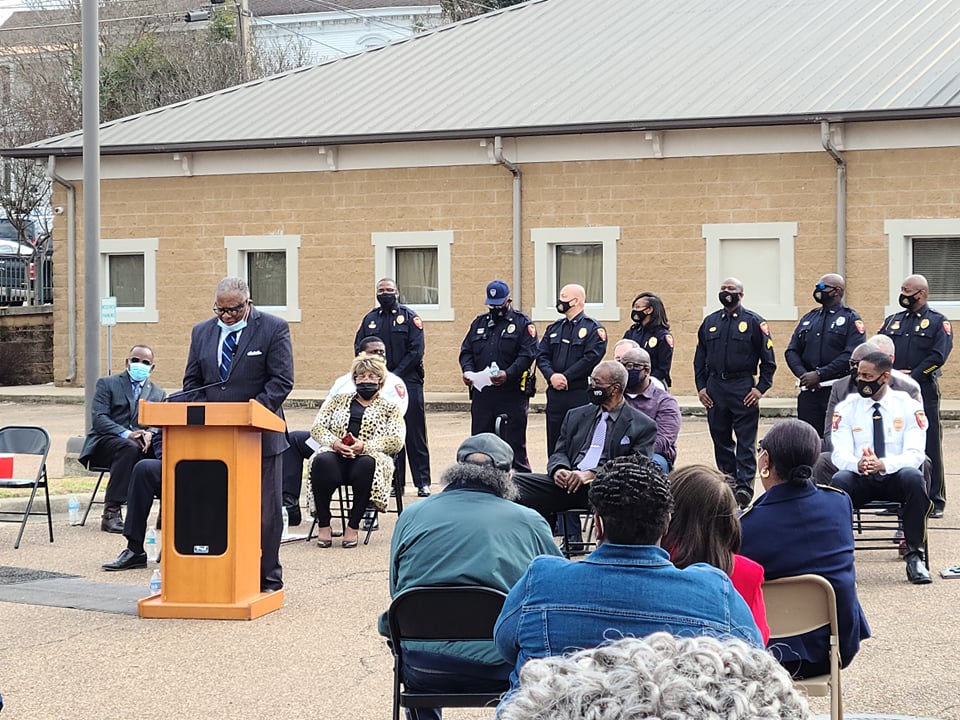