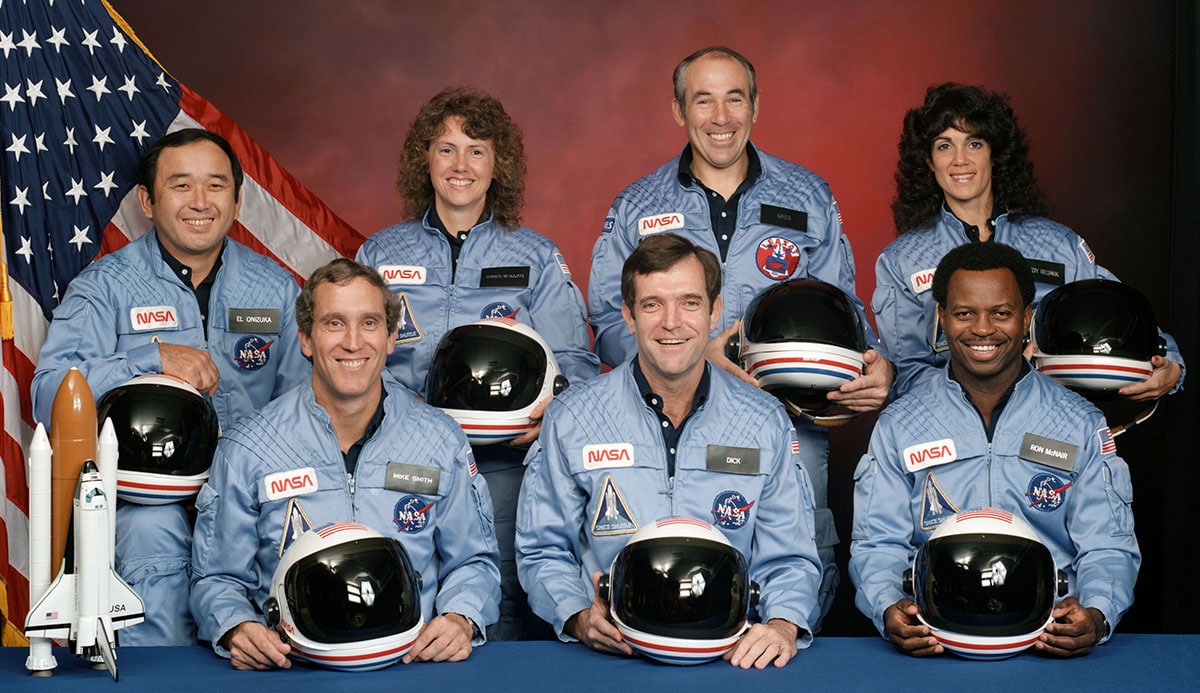 Today marks 35 years since the Challenger tragedy at the Kennedy Space center on Jan. 28, 1986.  NASA has also chosen this day to honor the fallen who have perished .

“Every year, the NASA family takes a day to reflect on the sacrifices made by the crews of Apollo 1, Challenger, and Columbia missions, and all brave women and men of our ranks who lost their lives in pursuit of our nation’s goal of advancing humanity to new frontiers,” NASA Acting Administrator Steve Jurczyk said in a statement.

“As we work to achieve our goals of putting the first woman and next man on the Moon and send the first humans to Mars, let us pause for a moment to remember the seven heroes of the Challenger mission who made NASA better and stronger.”

Devastatingly, the Challenger shuttle exploded just 73 seconds after lift off, killing everyone on board.  Among the crew was a schoolteacher who would have been the first civilian in space.

NASA’s Kennedy Space Center, in partnership with The Astronauts Memorial Foundation, will host a Day of Remembrance ceremony at the Space Mirror Memorial at Kennedy’s Visitor Complex with limited in-person invited guests.