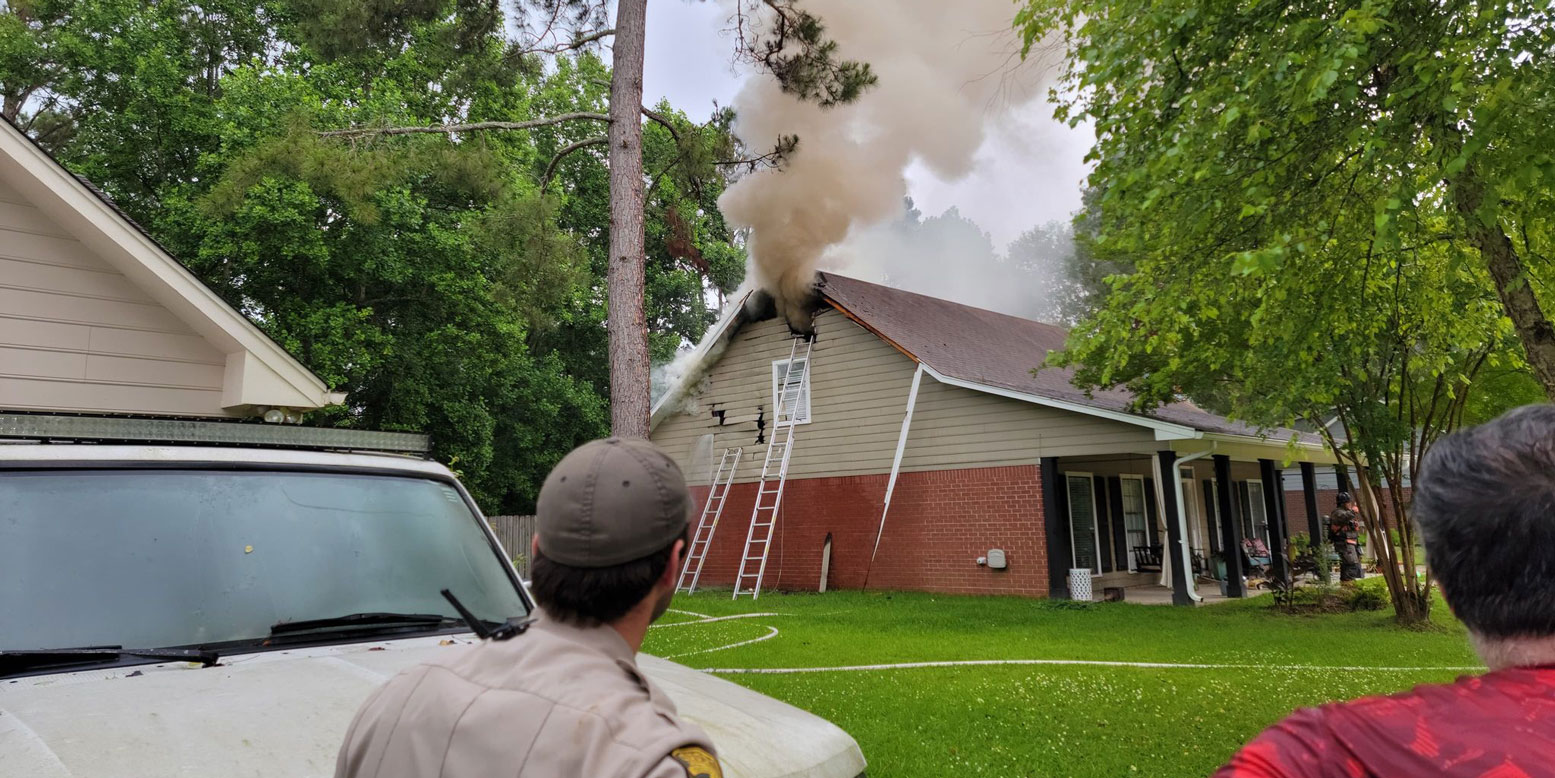 Around 3:30 p.m. Monday, a home on Lancelot Drive in Warren County was stuck by lightning as a band of severe storms moved through the area.  The lightning strike ignited a fire in the attic of the home, officials believe. 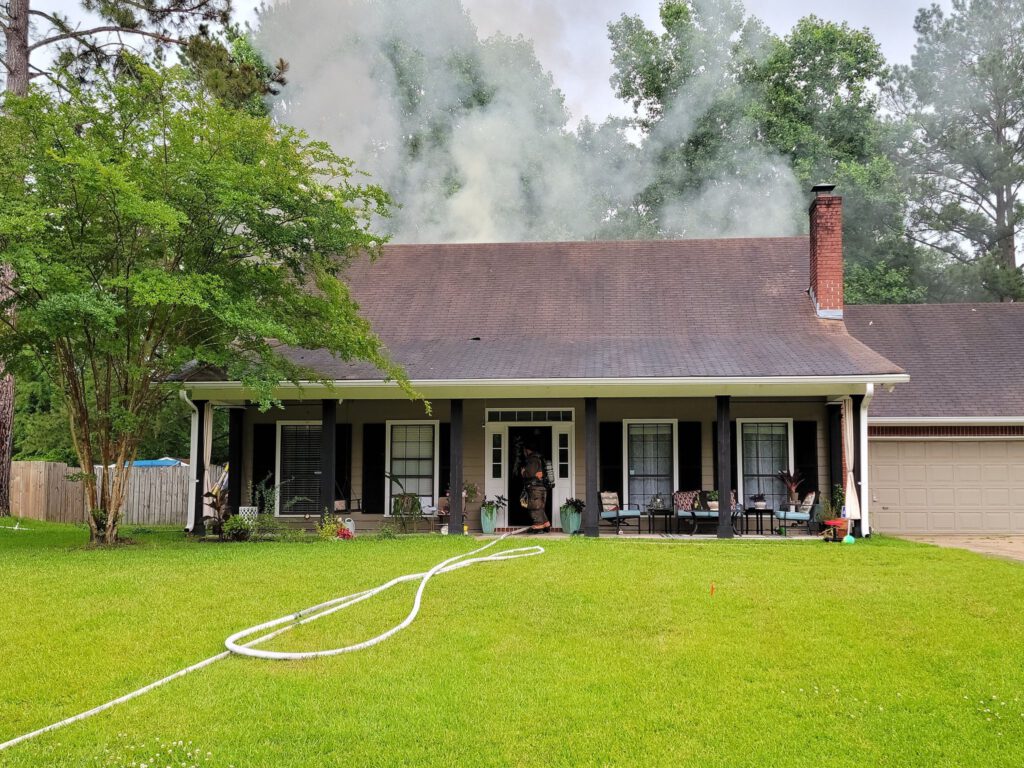 No one was home at the time of the fire, but the lightning strike sent debris flying onto a neighbor’s property who was able to call for help right away. 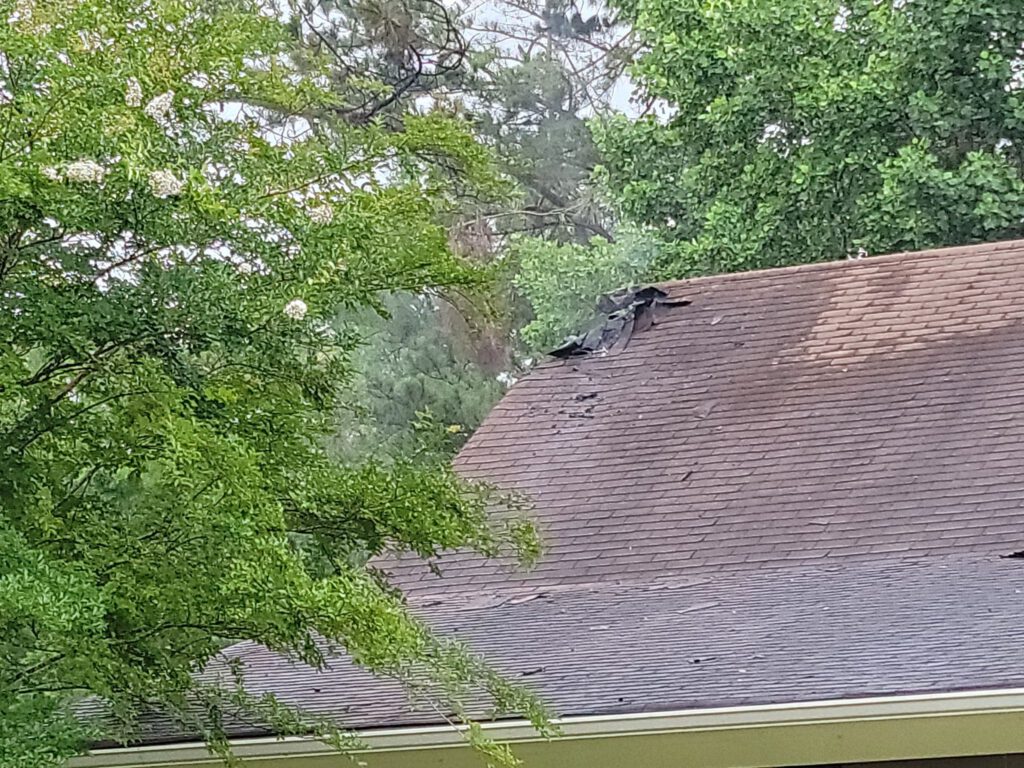 Vicksburg Fire EMT Josh Davies, who is also a Warren County firefighter, was first to arrive on the scene.  Flames and smoke were visible when Davies arrived in Engine 302 and he immediately began working to contain the blaze. 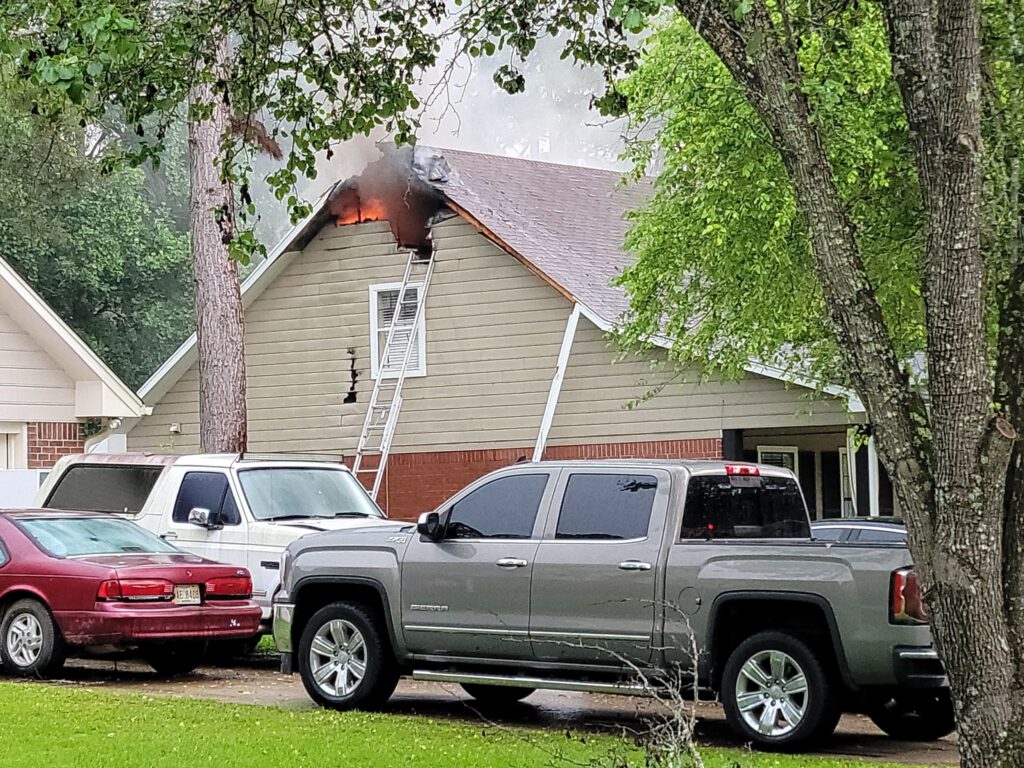 Soon, reinforcements arrived and the fire was quickly extinguished, but not before spreading to the second floor of the home.  Engines 209 & 305, Fire Medic 40, Fisher Ferry’s Mitch Lange, Culkin’s Lamar Frederick, Bovina’s Zach Weber, Chris Libber from Eagle Lake and multiple Warren County Sheriff’s Deputies were among those who battled the blaze. 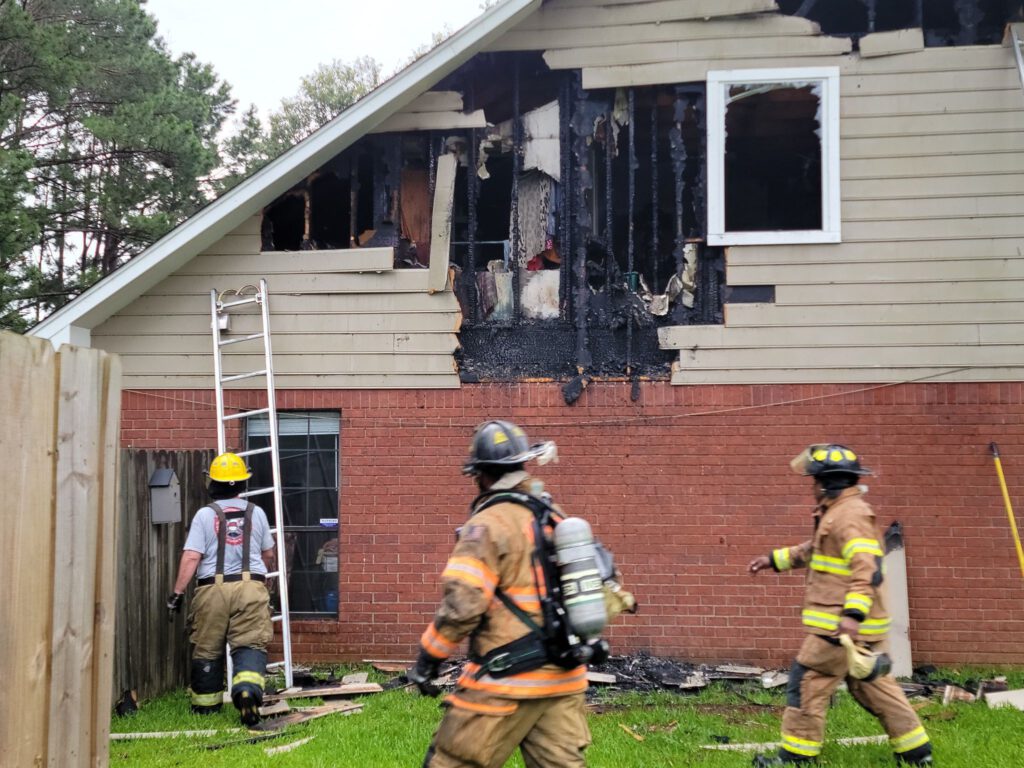 The quick actions of firefighters and close proximity to the station on Goodrum Road likely saved the home from total devastation. 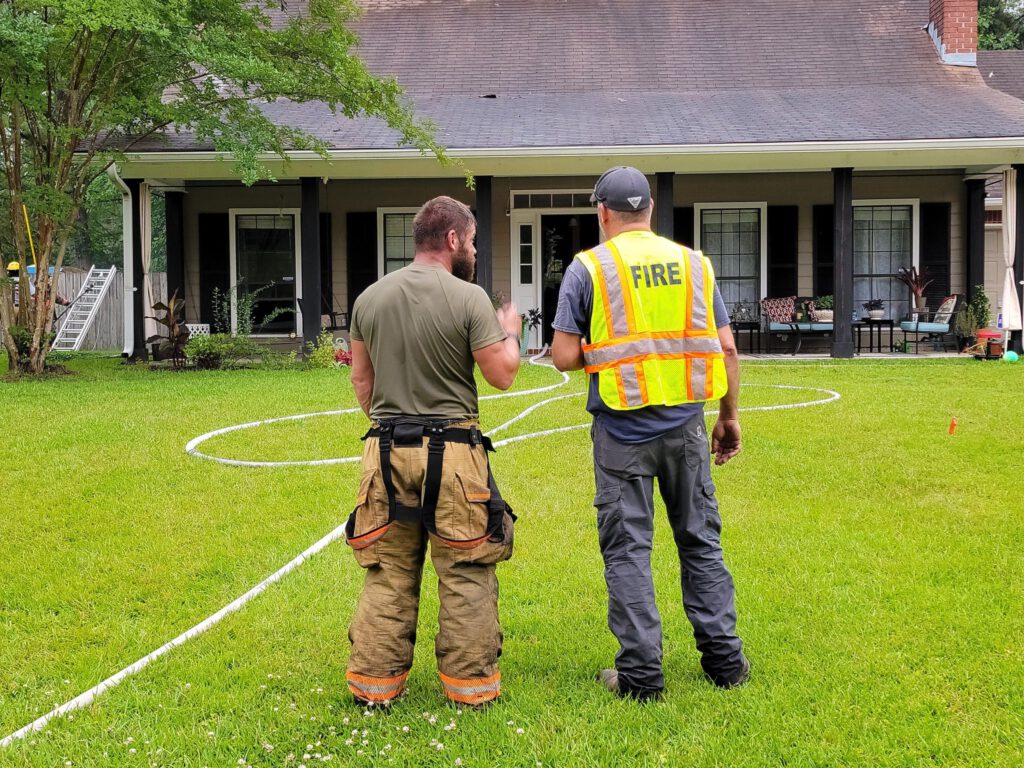 Neighbors advised that the homeowners had two cats, one of which was rescued from the home and the other was believed to be outside and safe.  It appears that there were no injuries in this incident, however, there is significant damage to the house.