Friday night brought significant sustained rainfall along with sporadic hail and high winds to the area.

First responders and city, county and state road crews along with regional utility providers are dealing with the aftermath as of 9 a.m. Saturday morning. Entergy is reporting 166 service outages, while Twin County Electric Power is working to restore service in the Eagle Lake community.

In addition to the issues we reported last night, the Vicksburg Fire Department responded to 1261 Warrenton Road at 3:17 a.m. Saturday morning after lightning struck the home. Engines 7, 8, Ladder 15, Rescue and Battalion 1 (Captain Michael Puckett) responded to the incident, according to Vicksburg Fire Chief Craig Danczyk. The chief said the lightning caused a fire in and around the hot water heater. 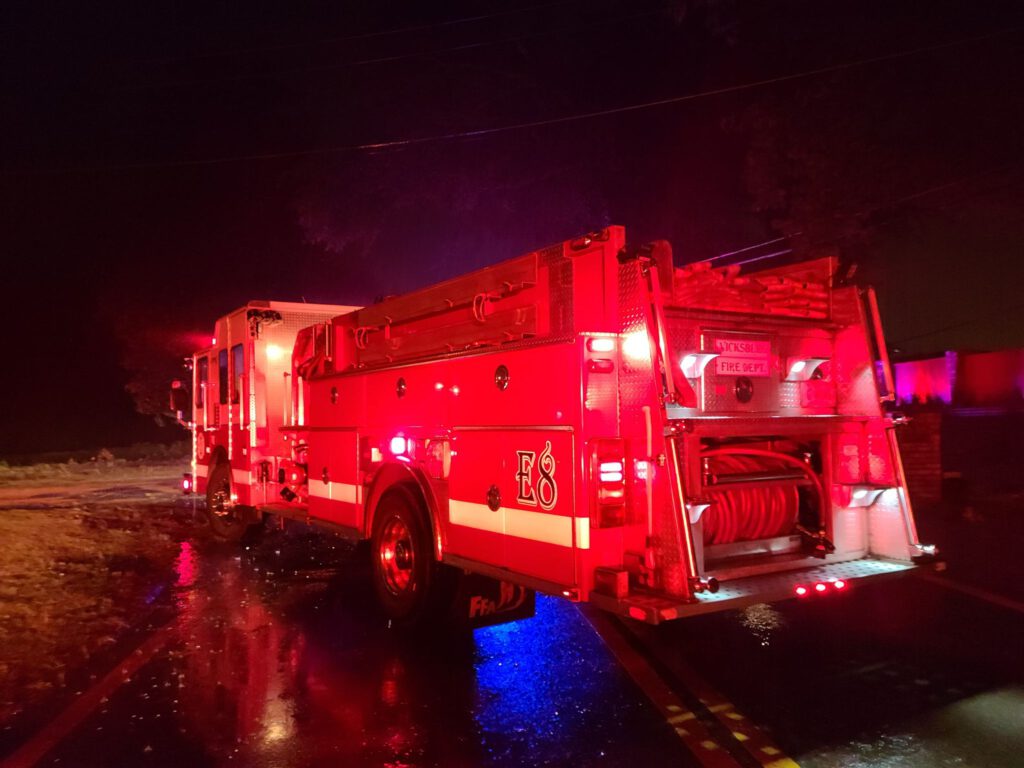 Emergency crews respond to a weather-related incident on Warrenton Road.

The Red Cross is providing assistance to residents.

Rainfall totals from around the area indicate that many areas recorded in excess of two inches of rainfall. Michael Woodrick, who lives on Gibson Road near Tingleville, recorded 2 and 1/4 inches on his gauge. 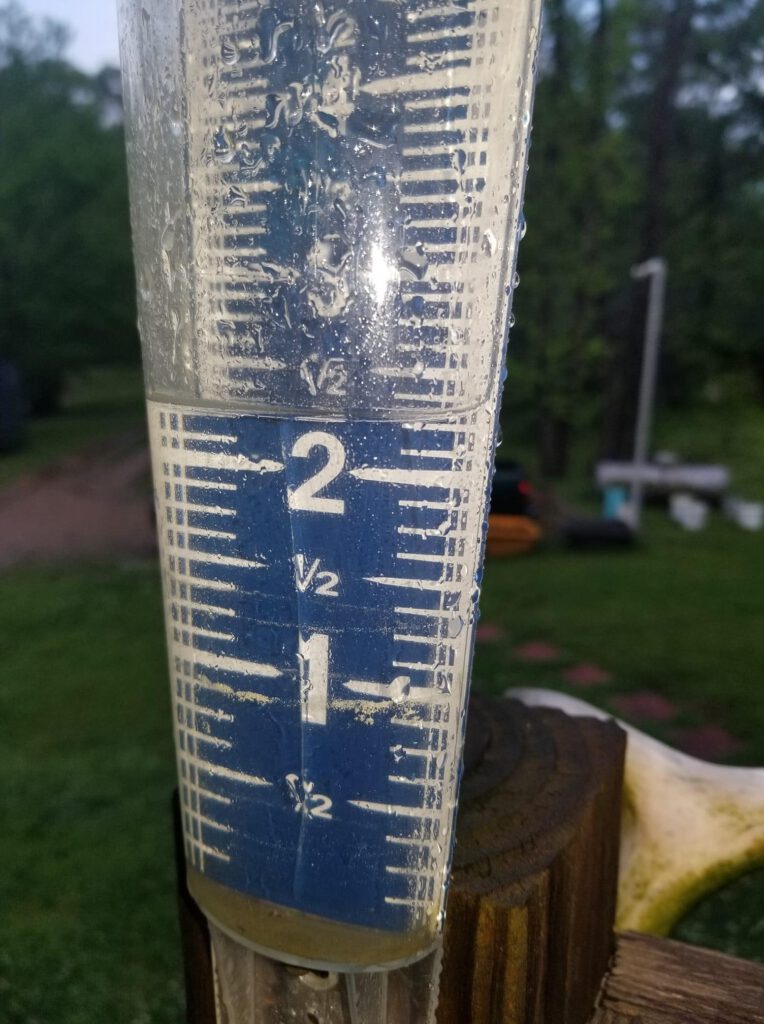 With additional rain projections in the afternoon forecast and saturated ground, travel and utilities are likely to be impacted throughout the weekend.

We continue to urge you to travel carefully and reduce driving speed as many areas will see problems until the afternoon hours as crews work to restore services and clear debris.