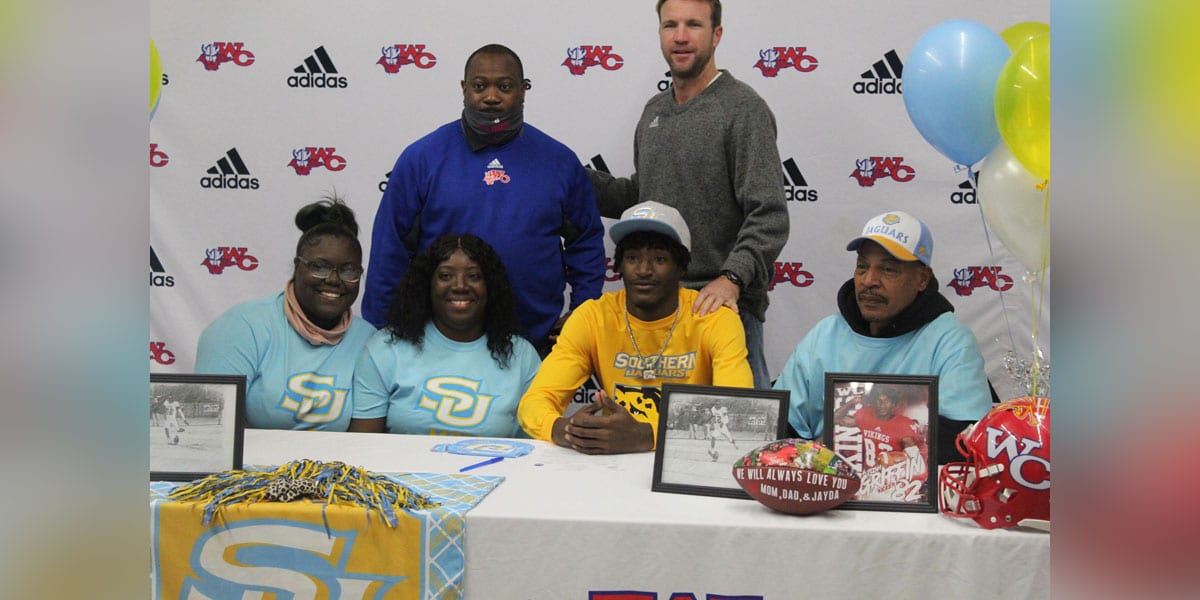 Griffin thanked his family, friends, his coaches and trainers for helping him reach the next level in his playing career. He was coached by Warren Central’s head coach Josh Morgan, and he also spent time training with former WC and Mississippi State star football player Devon Bell.

Griffin committed to Southern Dec. 7. He is taking his talents to the the SWAC where he will be playing against teams such as Alcorn State and Jackson State.

After averaging 36.1 yards per punt this year, Griffin was selected to play in the Bernard Blackwell All-Star game. He was the starting kicker for the Vikings where he booted many field goals for the team.