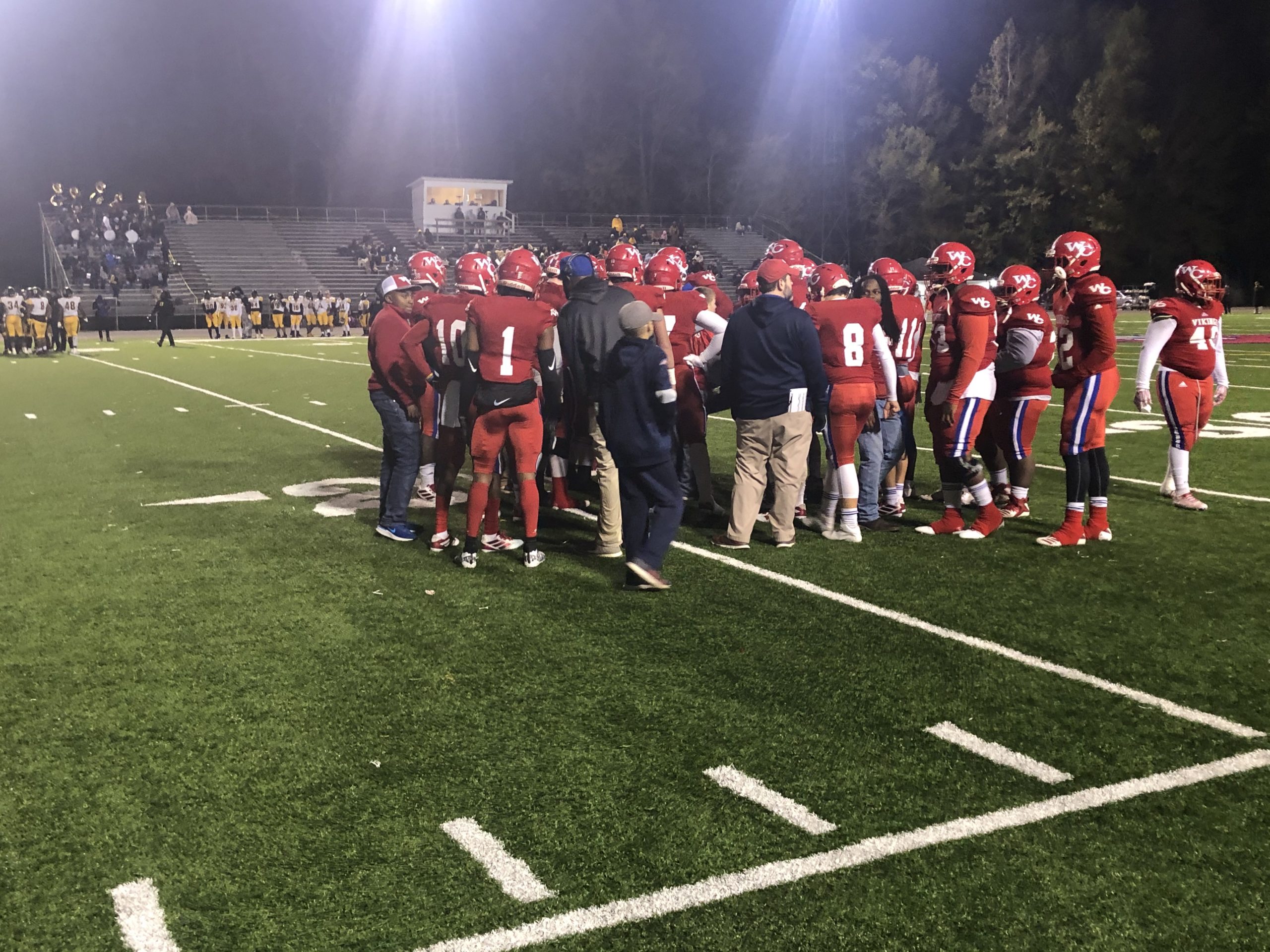 The game between the Warren Central Vikings and the Starkville Yellowjackets took a turn between the first and second half.

The Vikings were unable to pull off a victory against Starkville last night ending with a score of 50-24.

By the second quarter, both teams made their way into the end zone with the Vikings on top, 7-6. The defense for both teams were locking down the offense, especially Jalen Davenport for the Vikings who were applying pressure all night. Kendrick Thompson got the Viking offense moving by getting some first downs, but Warren Central was not able to get the touchdown. They settled for a field goal, which put the game at 10-6.

On the following drive, the Vikings forced the Yellowjackets to a three and out and having to punt. Antonio Thomas gained plenty of yardage for the Vikings on their next possession, getting them inside the 5-yard line. The Vikings attempted a pass in the end zone, but a pass interference was called on the Yellowjackets. The referee, though, did not give the Vikings a automatic first down. The Viking decided to go for it on fourth down but got stopped and Starkville got the ball back.

The Yellowjackets came out in a fast-paced offense making it into Viking territory, and then decided to attempt a field goal with three seconds left in the half. As Starkville attempted the kick, it was blocked by the Vikings and taken to the end zone for a Viking touchdown, giving them the lead, 17-6,  at halftime.

The game took a turn for the worse for the Vikings in second half, when they allowed Starkville to gain 44 points. The Yellowjackets ran a fast-paced offense for the remainder of the game to defeat the Vikings, 50-24.

The Vikings will travel to South Panola next week for the last game of the regular season.