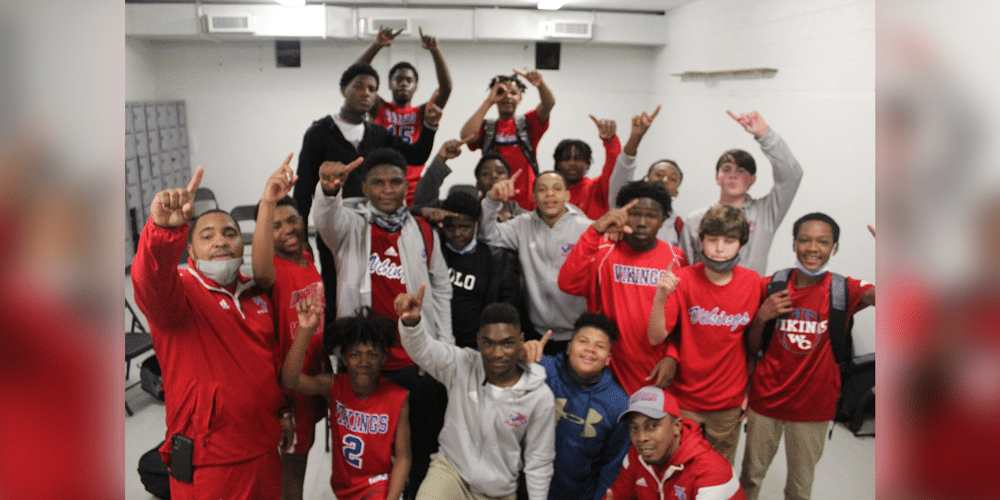 The Vicksburg Gators took an early 11-2 lead at the end of the first quarter but the Vikings fought back. The team put its skills together and, by halftime, took a 24-22 lead.

Jalen Winters and Chance Ward led the Warren Central Vikings to victory by putting up 11 points each on the night, sending their team to the championship game. With just a few seconds left, Anias Thomas came down and made a layup which gave Warren Central the big win. Ward finished with 5 points.

Both the Vikings and Gators fought hard throughout the season but only one could advance to the final round and the Vikings proved they are up for a challenge.

The Vikings are now 9-6 under head coach Charles Swartz and assistant Kensell Batty.

“I’m proud of my boys,” Swartz said. “We had to face adversity, but we kept working and kept pushing, and I couldn’t ask for a better group of guys.”

After the ball game was over, Vicksburg basketball player Michael Johnson came into the Warren Central locker room and showed good sportsmanship by shaking hands and congratulating the Vikings.

The Vikings will play in the Little Six Championship game Saturday. Their opponent and tipoff time will be announced Friday.