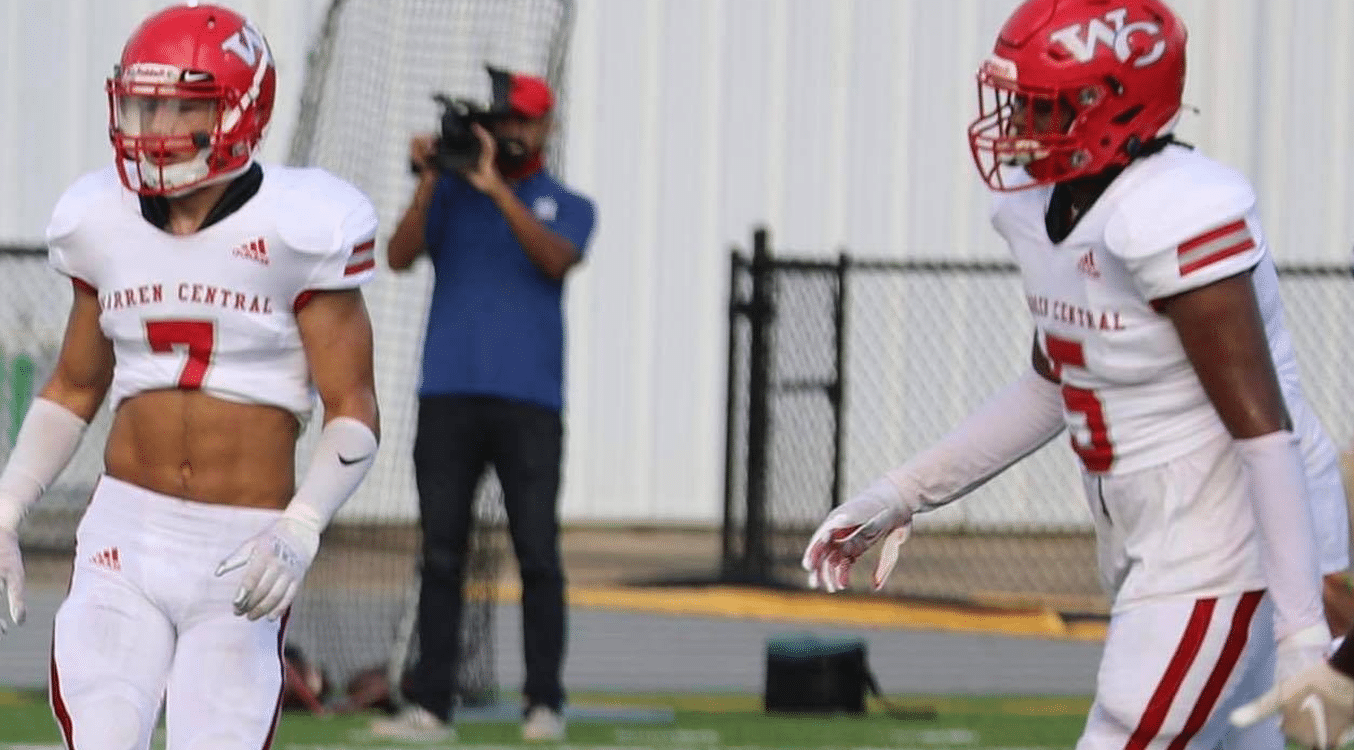 Warren Central knocks off Terry in a shutout victory. (Photo by Marcus James)

Friday night was magical for the Warren Central Vikings football team as they won their second district game in a row by shutting out Terry.

WC’s defense stayed solid all night against the Bulldogs, which led to the Vikings taking a 17-0 lead at halftime.

Jack Wright took the majority of the snaps at quarterback. He threw two touchdowns which went to Bo Broome and TJ Thompson. Hartley Sullivan and Darius Carter both grabbed rushing touchdowns in the victory.

Brandon Gilliam, who knocked down the game winning field goal last week, kicked a 30 yard field goal on Friday and made all the team’s extra points.

Warren Central is now 5-3 and will host Petal on Friday.