One of the biggest high school football games in Vicksburg will be held Friday as the Warren Central Vikings host the Vicksburg High Gators in the annual Red Carpet Bowl.

Since the COVID-19 pandemic caused the first two games of their seasons to be canceled, both squads will have their season opener tonight in one of the biggest crosstown rivalry games. Both have played in scrimmages, and defense was the key in both matches. The Vikings scrimmaged against Holmes County Central last week while the Gators took on Hazlehurst.

Both VHS and WCHS are stacked with returning starters from last season who are eager to take the field tonight.

VHS is returning key players such as Tommy Curtis II, Michael Montgomery and quarterback Shakori Regan, along with many others. The Vikings are bringing back Taylon Smith, Kentrick Thompson and four starting offensive lineman from last year.

The Red Carpet Bowl is expected to be a great, hard fought game especially as the Gators are seeking their first winning season since 2017.

The Vikings are continuing under the leadership of head coach Josh Morgan while the Gators have a new coach, Todd McDaniel, who has a great track record with his former teams.

The Vicksburg Warren School District is limiting the number of fans who can watch the game live (see below); however, it will be streamed live on Facebook and YouTube and fans can tune in on the radio at 105.5 FM and 107.7 FM. 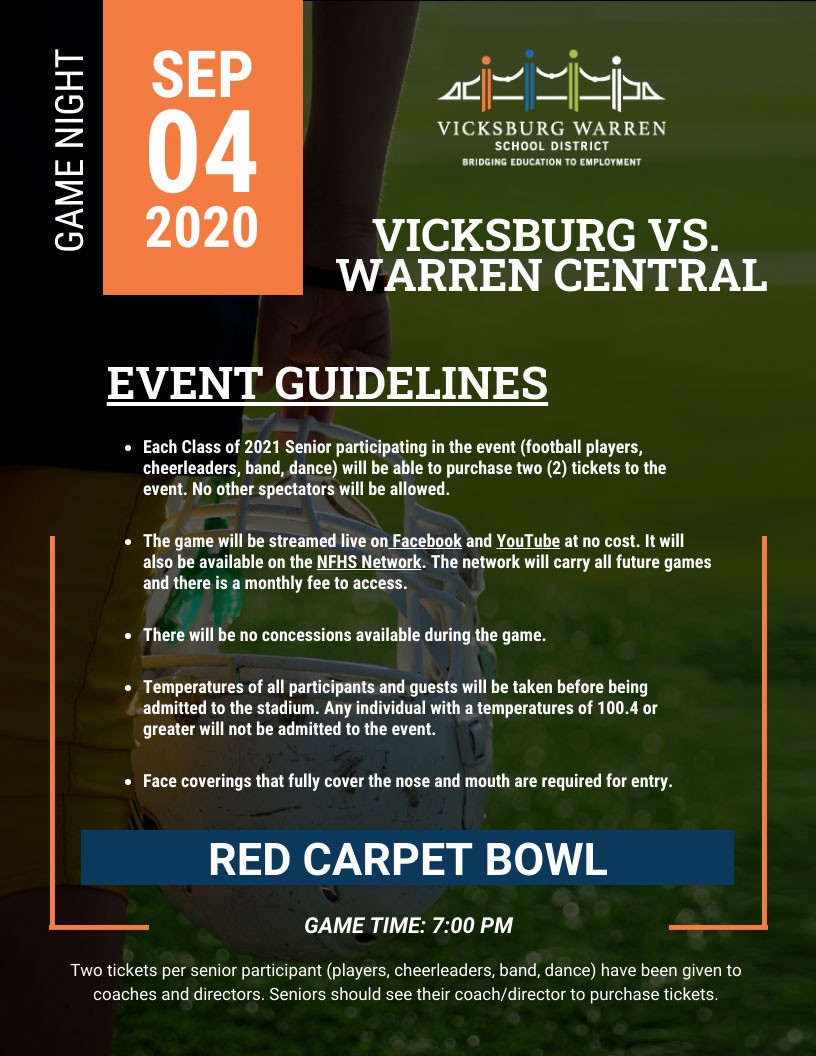 Mississippi college and university sports programs unite under “Stronger Together”

Hall of Fame baseball player Joe Morgan died Sunday at the age of 77.

Morgan is best known for playing with the Cincinnati Reds where he helped the team win the World Series in 1975 and 1976. He played ball in the major leagues from 1963 to 1984, and he finished his career with the Oakland Athletics.

After his retirement, Morgan became a sports broadcaster and worked with ESPN from 1990 to 2010. In 2010, he returned to the Reds and became an adviser to baseball operation.

Morgan’s death shocked the baseball world Monday morning. There has been no official announcement on the cause of his death although ESPN reported that he had struggled with various health issues in recent years, including a nerve condition, a form of polyneuropathy.