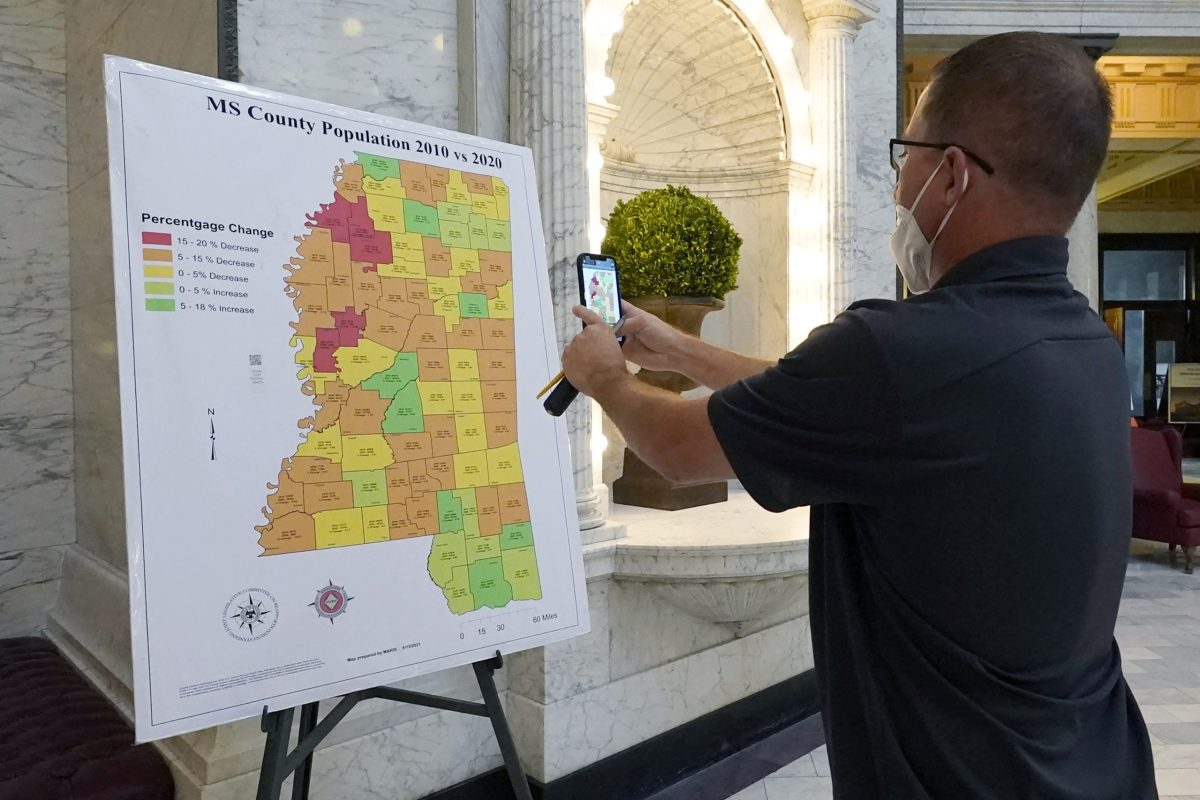 A visitor to the Mississippi Capitol in Jackson, uses his cell phone to photograph a graphic of the state that depicts census growth or loss in each county over a 10-year period in Jackson, Miss., Thursday, Aug. 26, 2021. (AP Photo/Rogelio V. Solis)

People wanting to draw their own congressional district can access legislative computers and in-depth data to do so until Nov. 5.

People wishing to do so should call 601-359-1226 and ask for Ted Booth, executive director of the Legislature’s Performance Evaluation and Expenditure Review Committee. The offices and computers will be available from 8 a.m. until 5 p.m. on weekdays.

Collins said members of the public can keep the maps they draw, and the maps also will be made available as part of the public record as the Legislature works to redraw the state’s four U.S. House seats and 174 state legislative districts to match population shifts found by the 2020 U.S. Census.

State and federal laws require redistricting to be conducted every 10 years to ensure equal representation of districts on the federal, state and local levels.

A three-week period early in January after the 2022 session begins will be made available for the public to draw state House and Senate districts.

The plan is for the Joint Redistricting Committee to adopt a U.S. House redistricting plan before the session begins in January. Then early in the session the entire Legislature will take up congressional redistricting with the hope of getting it adopted quickly.

The reason for the need for swift action on congressional redistricting is because the deadline for candidates to qualify to run for the congressional seats is March 1. The primary election will be held in June.

The next election for the 174 legislative seats is not scheduled until 2023 so the Legislature most likely will take up redrawing those districts late in the 2022 session.