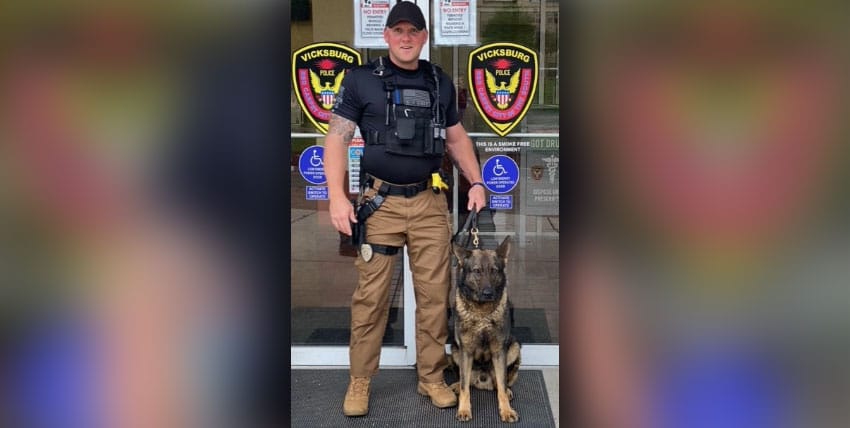 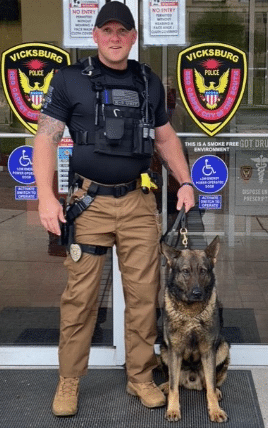 K-9 Officer Lyons and K-9 Cezar recently attended The Southern State K-9 Training Academy at Camp Shelby for five weeks, where they both received 240 hours of training. K-9 Cezar is a 5-year-old American Shepherd that was donated to the Vicksburg Police Department in 2017 from Lackland Air Force Base in San Antonio, Texas. Cezar is certified in explosives detection, tracking and apprehension, and handler protection.

K-9 Officer Lyons and K-9 Cezar are assigned to the patrol division.