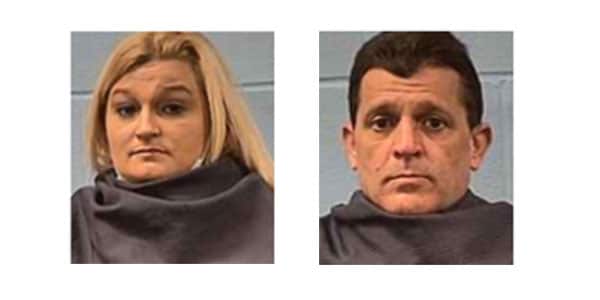 Robert Palmieri, 49, of Vicksburg was arrested at 10:40 p.m. on Friday, following a traffic stop on Warrenton Road.  A search of the vehicle revealed a felony amount of methamphetamine.  Palmieri was arrested on one count of Possession of Methamphetamine.

He appeared in Vicksburg Municipal Court on Monday, Feb. 8 before Judge Angela Carpenter.  Palmieri’s bond was set at $35,000 and he was bound over to the Warren County Grand Jury.

Darnell also appeared before Judge Carpenter in Vicksburg Municipal Court on Monday, where she was bound over to the Warren County Grand Jury on a $70,000 bond.