Vicksburg police made four arrests over the weekend for methamphetamine possession.

On Saturday night, officers stopped William Earl Cade, 41, of Port Gibson, for a traffic violation and caught him trying to conceal ‘an amount’ of the drug in the vehicle, according to Cap. Mike Bryant. 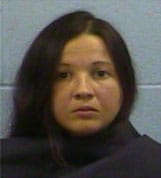 Michelle Lee Worrell, 34, of Vicksburg was also in the vehicle.  Both Cade and Worrell were arrested for possession of methamphetamine and appeared in Vicksburg Municipal Court Monday.  Judge Angela Carpenter set their bonds at $30,000 each and bound them over to the Warren County Grand Jury. 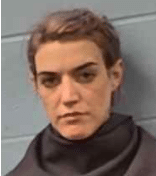 Gabrielle Broussard, 30, of Baton Rouge, Lousiana was also arrested following a routine traffic stop early Sunday morning.  A search of her vehicle revealed approximately 5 grams of methamphetamine and paraphernalia hidden under the driver’s seat.  Broussard also appeared in court Monday, where she received a $30,000 bond.

Early Monday morning, police arrested Christopher Raney, 46, of Vicksburg after he was seen trying to discard a small baggie of meth during a traffic stop on Halls Ferry Road.  Raney also appeared before Judge Angela Carpenter Monday, where his bond was set at $30,000.