Shortly after 1 p.m. on Wednesday, Alexander Thomas was arrested after officers responded to the Super 8 Motel on Frontage Road. Police were initially called regarding an unrelated incident when 22 grams of methamphetamine was discovered.

Alexander Thomas was arrested for possession of 22 grams of methamphetamine. (Courtesy VPD)

Thomas was arrested and charged with possession of methamphetamine and is currently being held without bond until his initial court appearance which is scheduled for Friday.

Later that afternoon, at 5:17 p.m. according to VPD, a warrant was served on Jeffrey Luckett who was wanted for one count of sale of methamphetamine. 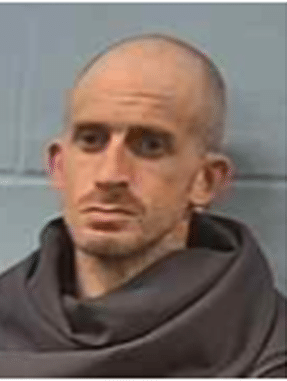 Jeffrey Luckett was arrested on a warrant for sale of methamphetamine.(Courtesy VPD)

Luckett is also being held without bond until his initial court appearance, which is also scheduled for Friday in Vicksburg Municipal Court.