Initiative #31 No property acquired by the exercise of the power of eminent domain under the laws of the State of Mississippi shall, for a period of ten years after its acquisition, be transferred or any interest therein transferred to any person, non-governmental entity, public-private partnership, corporation, or other business entity with the following exceptions:

(2) The above provisions shall not apply where the use of eminent domain (a) removes a public nuisance; (b) removes a structure that is beyond repair or unfit for human habitation or use; (c) is used to acquire abondoned property; or (d) eliminates a direct threat to public health or safety caused by the property in its current condition.

BALLOT TITLE: Should government be prohibited from taking private property by eminent domain and then transferring it to other persons? BALLOT SUMMARY: Initiative #31 would amend the Mississippi Constitution to prohibit state and local government from taking private property by eminent domain and then conveying it to other persons or private businesses for a period of 10 years after acquisition. Exceptions from the prohibition include drainage and levee facilities, roads, bridges, ports, airports, common carriers, and utilities. The prohibition would not apply in certain situations, including public nuisance, structures unfit for human habitation, or abandoned property. Fiscal Analysis Prepared by the Mississippi Legislative Budget Office There is no determinable cost or revenue impact associated with this initiative. The Argument FOR the Initiative by David Waide, Initiative Sponsor Eminent domain is the power to take private property for public use. Recently, governments have taken private property and given it to private developers for their own personal gain. Because of this, 43 states have enacted eminent domain reform. Our Legislature tried to do so, but was vetoed. Last year, the people of Mississippi spoke up, clearly and unmistakably. Over 100,000 citizens signed petitions calling for an eminent domain reform initiative to be placed on the 2011 ballot. The initiative follows the action passed by the Legislature but necessarily differs in one respect: it expressly prevents any property taken by eminent domain from being turned over to any private developer for 10 years, which is a strong deterrent . Defending eminent domain cases is expensive and beyond the means of most citizens, while the government uses our tax money to take away our homes and property. People of limited resources are at the greatest risk of becoming victims. Opponents will argue that reforming private property laws will stifle economic development. However, the facts clearly show that this has not been the case in the many other states where reform has been enacted. Though eminent domain appears complicated, the basic question is this: Should a person’s house or farm be taken and turned over to a private developer immediately? Private property is an American cornerstone based upon the concept that your home is your castle. It is a basic freedom that must be safeguarded. Last year, Mississippi’s hardworking citizens lifted their voices to insist that the power must rest with the people instead of with the rich. This initiative could well be our last chance to protect our property from being taken for private development. Make your voice heard. Save our land. Vote Yes for Initiative No. 31 – eminent domain reform. The Argument AGAINST the Initiative by Leland Speed Initiative 31 will hurt Mississippi. It will cripple Mississippi’s ability to attract good-paying jobs. It could hinder private landowners’ ability to sell their land for industrial development. Please vote no. The U.S. and Mississippi Constitutions currently prohibit government taking property for public use without just compensation. Mississippi law further protects your land rights through a system of checks and balances. In those extremely rare cases of eminent domain for major projects, state agencies, local governments, the Legislature and the Governor all must agree that it is for public use. Additionally, the landowner can always challenge the taking in court. Mississippi has made tremendous strides in creating jobs through major projects such as Nissan, PACCAR, Ingalls Shipyard, Stennis Space Center and Toyota. Without eminent domain, none of these projects would exist. If Initiative 31 passes, it would cripple the state’s ability to create good-paying jobs for Mississippians. When nearly 10 percent of Mississippians are in desperate need for a job, we shouldn’t adopt policies that would hurt job creation. Despite the rhetoric that Initiative 31 helps Mississippians, it really only hurts the state’s ability to create jobs. And it does not even address the most common takings of land: those by the state highway department, local governments, or even utility companies or hospitals for roads, pipelines or buildings. Even worse, Initiative 31 could hinder your ability to sell your land. Because Initiative 31 will prevent industrial development, it will mean that landowners who would like to sell for such a development will not be able to do that and surrounding landowners will lose the increased value of their land that development would cause. Our state constitution already protects landowners. The system has worked for over 100 years. If implemented, Initiative 31 will needlessly and negatively hurt Mississippi families. Please vote no.]]]]> ]]>
Related Topics:
Up Next 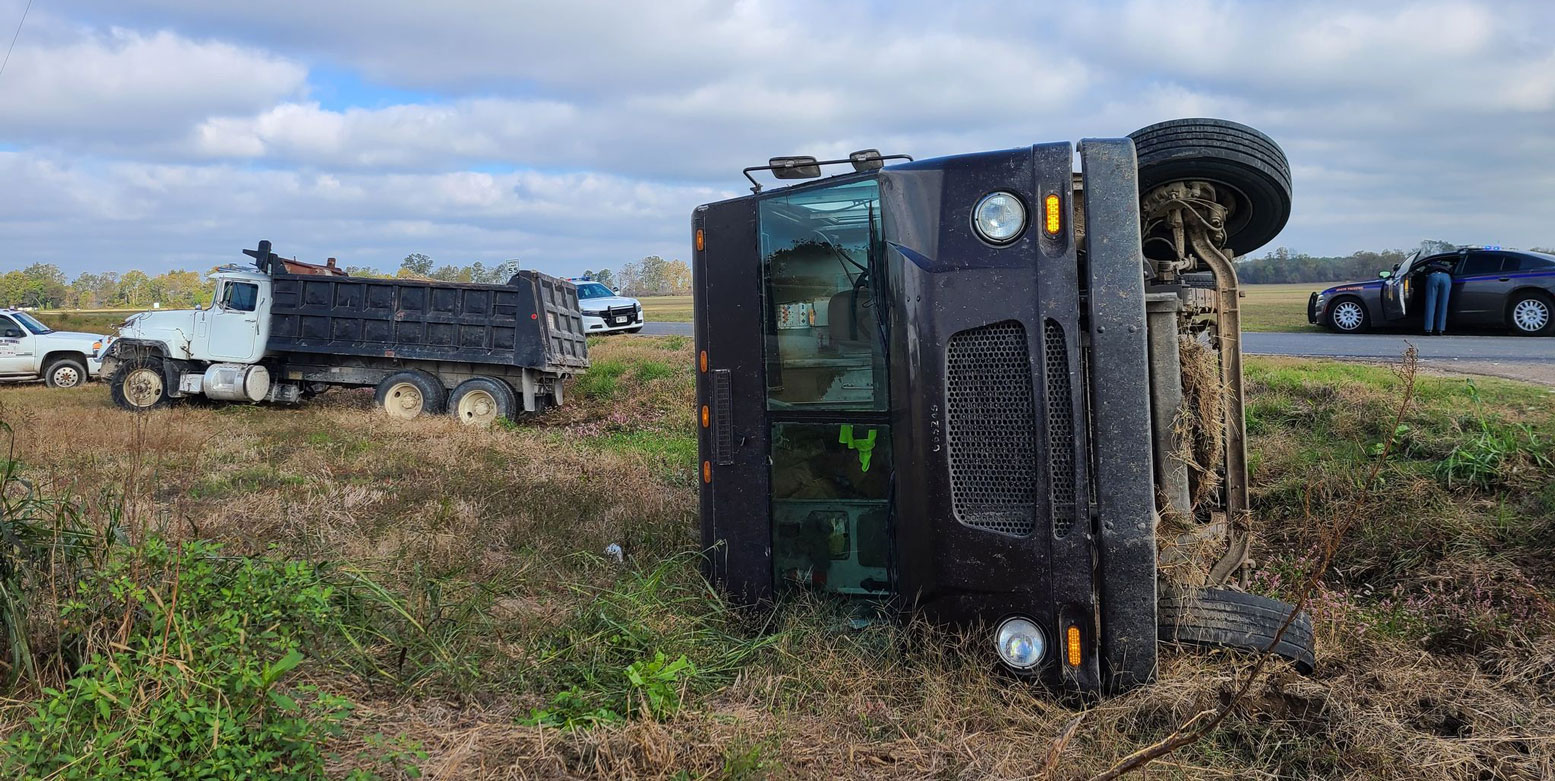 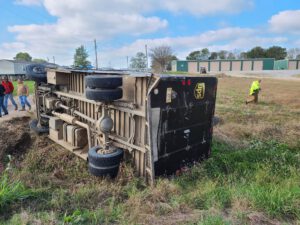 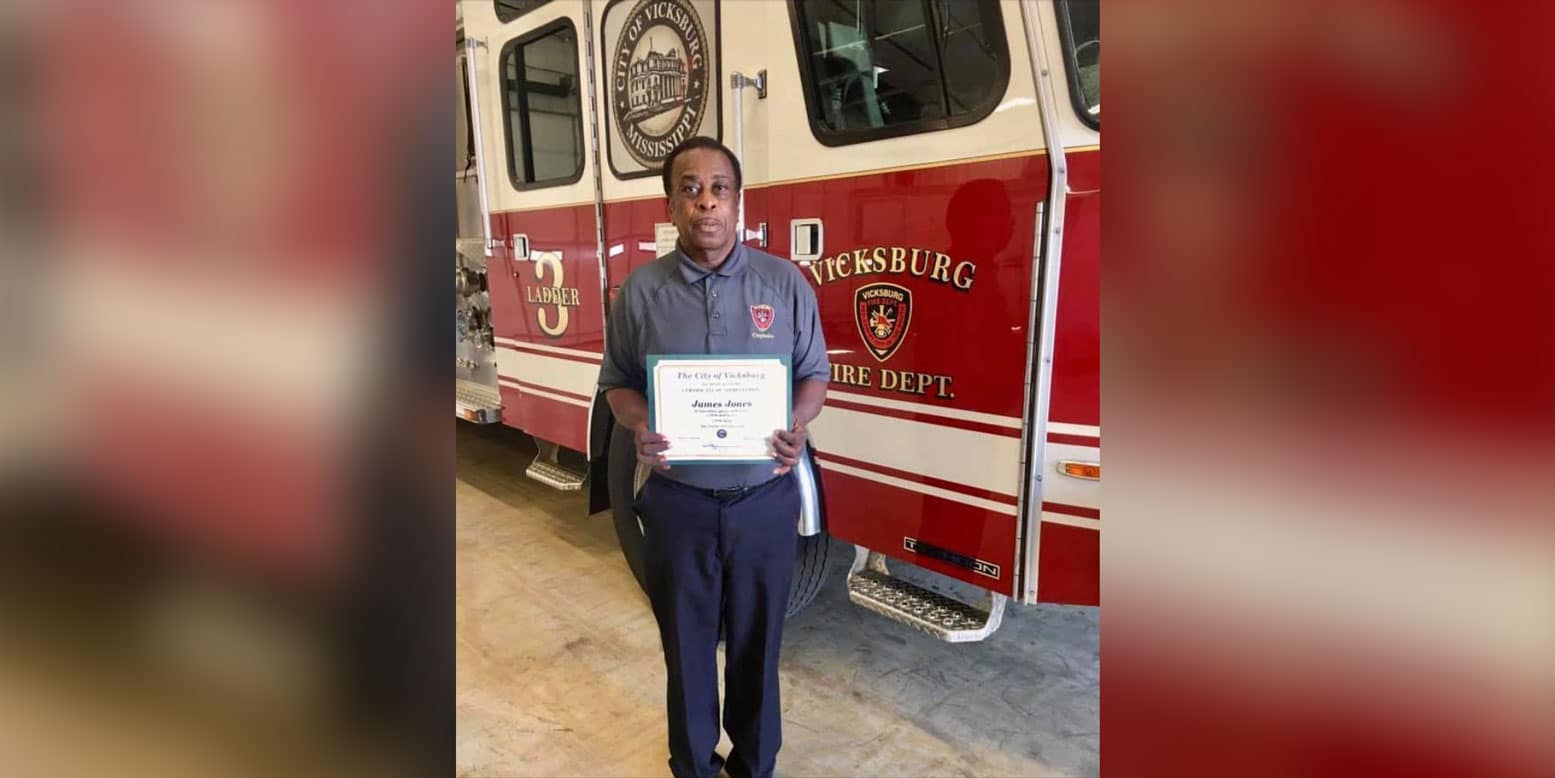 Vicksburg Fire Department Captain James Jones was recognized on October 23, 2020 at the Mayor and Alderman meeting for his 30 years of service to the fire department.

Jones joined the VFD at the age of 31 and has been with the department ever since. He was very excited to receive the recognition.

“I would like to thank the Chief and Mayor and Alderman for the recognition,” Jones said. “I thank God for allowing me to work here for 30 years and I also thank my wife and mother.”

Jones has been more than satisfied with his career choice where he was able to rise in the rankings.

“It’s been a very rewarding career and I’m happy to be a part of the Vicksburg Fire Department,” Jones said.

Jones started working for the VFD on Halloween in 1990. He is a 1978 graduate of Vicksburg High School and he also attended Hinds Community College.

Jones has proven himself as a great leader in helping to keep the community safe with all of his hard work and commitment to the Vicksburg Fire Department. 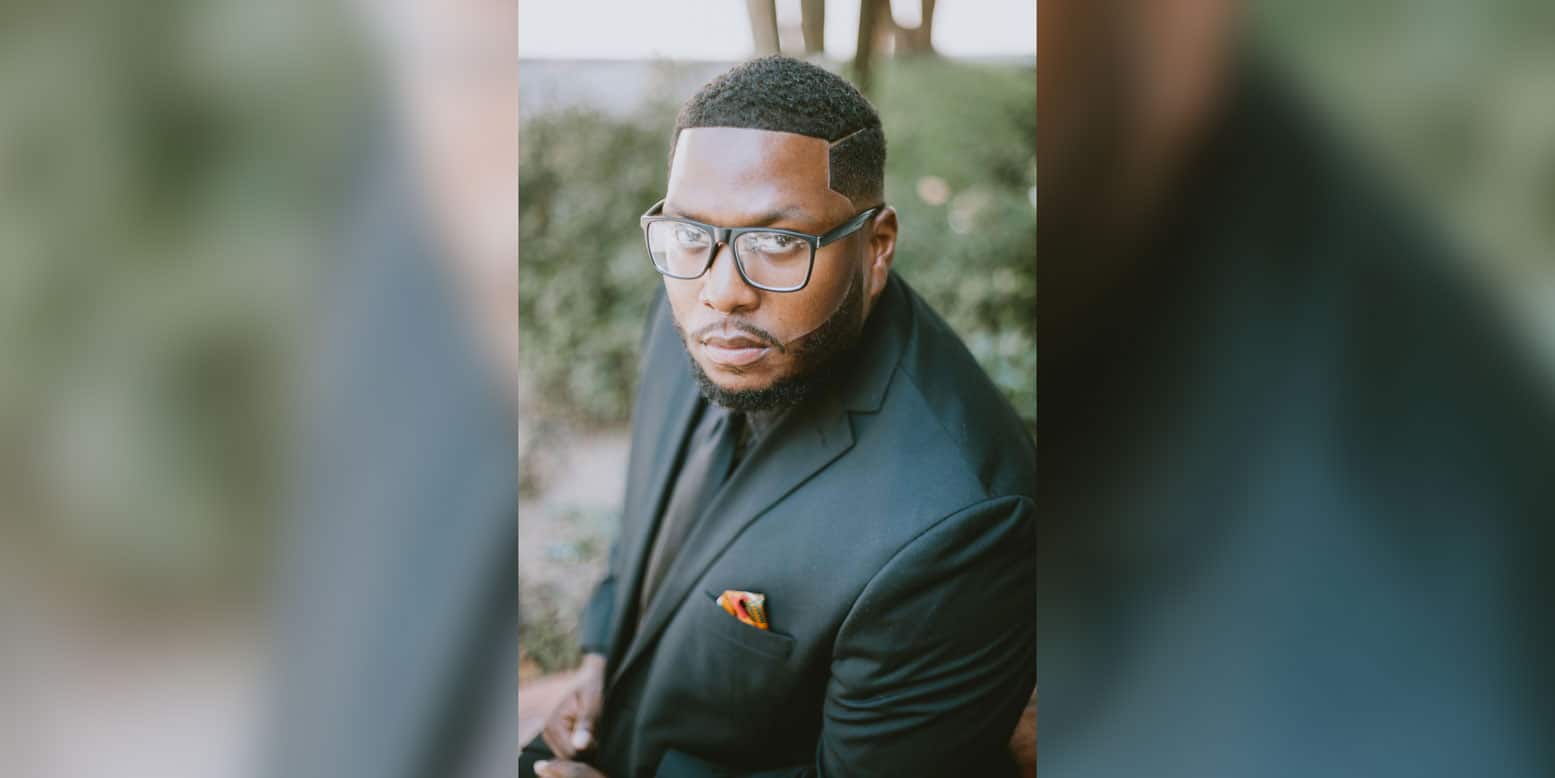 Walker began collecting images for his book in March 2020 when most of the city of Vicksburg was shutdown due to COVID-19. He created the book, which is filled with mostly images, as a visualization project recording the societal impact of the pandemic in full affect.

“I did the book for history purposes,” Walker said. “I wanted people to see the effects of COVID-19 on the visual side.”

“Through The Eyes of COVID-19″ showcases about two months worth of images that were all taken by Walker right here in Vicksburg.

Walker’s book contains photos of masked public officials in socially distanced meetings, meals being delivered to remote students by the Vicksburg-Warren School District buses, and many more images that illustrate how the pandemic has changed the way people live and work in our small town.

Many people lined up to get a copy of his book at the book signing he held in June at the Glam House in Vicksburg. “I had a great turnout,” Walker said. “Plenty of city officials came to show their support and I was completely sold out.”

Walker’s book is now in every school in the Vicksburg-Warren School District and in the public library for residents to see. He is now working with schools in Madison and Lexington, Mississippi to have his book on the shelves for those students as well.

Walker is currently working on a second edition, which will be titled “Life after COVID-19”. As the name suggests, the new book will contain images portraying life after reopening businesses and public gatherings following months of being shut down.

If anyone wishes to buy a copy of Walker’s book, you can message him on Facebook or travel downtown to Lorelei Books and purchase a copy.