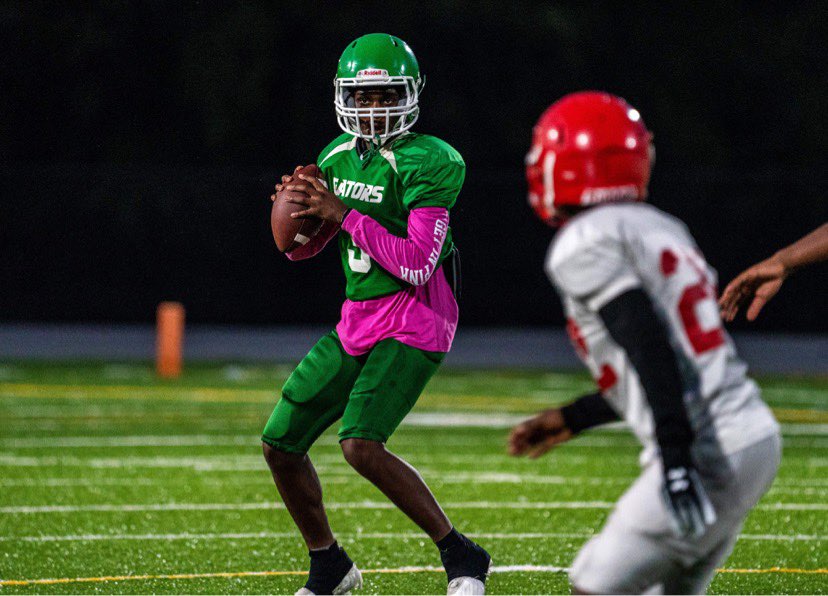 Michael Johnson looks for an opening. (Photo by ced Tillman)

The Vicksburg Junior High School football team capped off their season on Tuesday by finishing with a 26–8 win over Warren Central.

The Gators controlled the game on the ground, finding the end zone on multiple occasions.

Michael Johnson took the snaps at quarterback and threw for a 27 yard touchdown to Donovin Brown and also rushed for a 47 yard score. Jadarius Henderson broke out for a 49 yard touchdown as well for VJHS.

Late in the fourth quarter, Jermaine Gaines took a handoff and went 40 yards for a touchdown. The score was followed by a two-point conversion by Daquan Warfield, placing the Gators three touchdowns ahead of WCJHS.

Defensively, VJHS was able to hold the Vikings down to one score with Henderson grabbing seven tackles and two sacks, along with Wakefield’s three pass deflections.

The Gators finished with their season with a 5-2 record under head coach Larry Carter Jr.