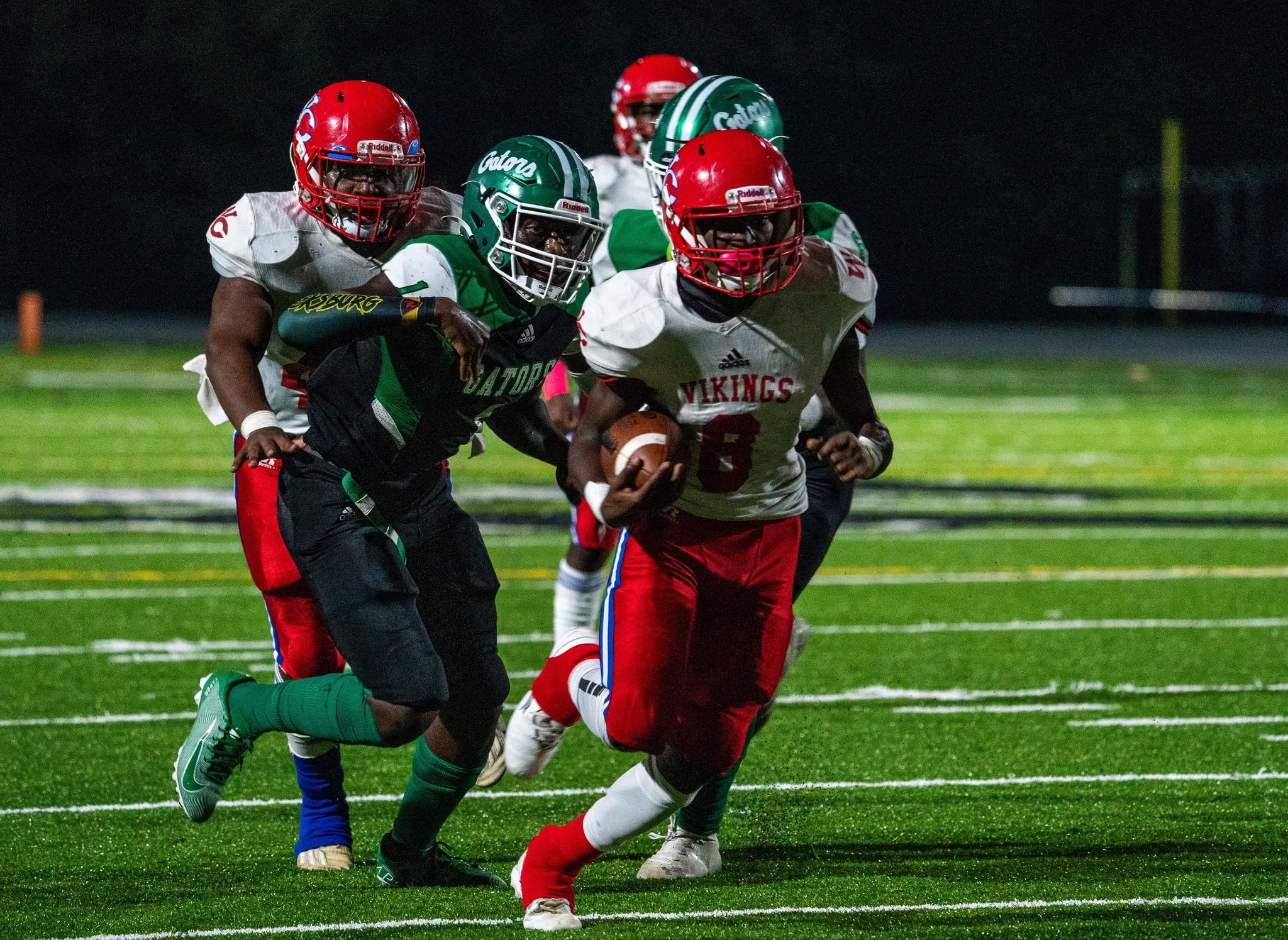 The Warren Central Vikings defeated the Vicksburg Gators and ended their season on Tuesday night. (Photo by Ced Tillman)

Warren Central’s victory was secured by two touchdown runs by Eric Collins, Jr. He finished the game with 84 yards rushing.

Decorey Knight, Jr. and Maddox Lynch both completed a couple of passes at quarterback

By halftime, the close match saw the Vikings with an 8-0 lead.

Mincer Minor IV had some big runs on offense for the Gators but struggled to get into the end zone for a score.

Chance Ward, Ronnie Blossom, Larry Reynolds, Maddox Lynch and Gavin Davenport all aided the Vikings in tackles and were able to shutout the Gators.

The Vikings finished with a 6-1 record this season under head coach Matt Williams. Head Coach Shaun Archer led the Gators this season.