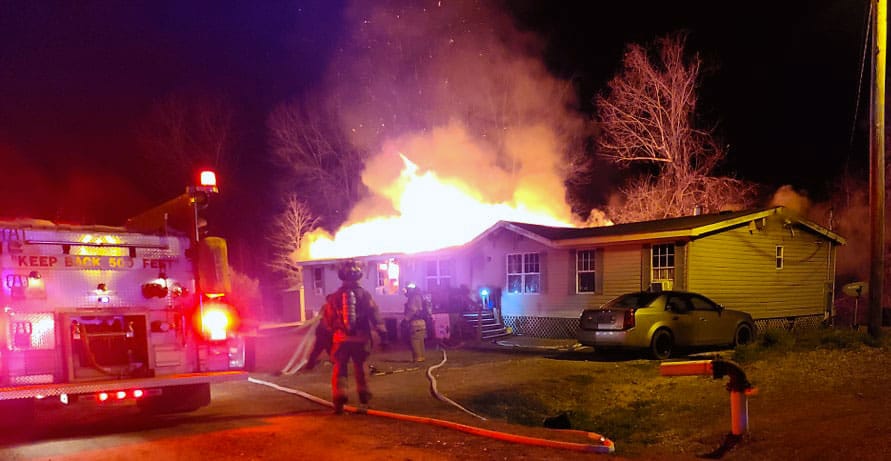 When firefighters arrived at 118 Freedom Lane, off of China Grove Road in Warren County, the residence was fully engulfed in flames. 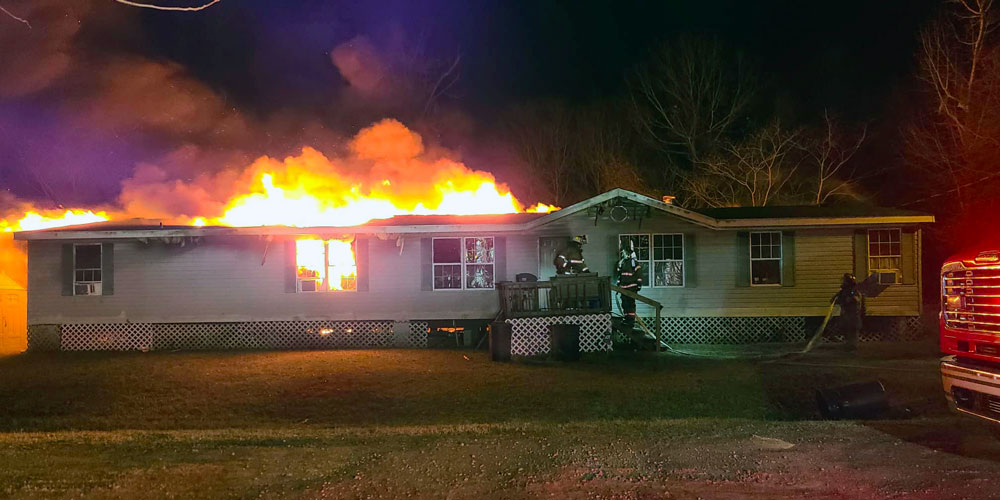 While the family’s home and possessions were casualties of the blaze, everyone made it out of the home safely (photo by David Day).

Warren County Firefighters with the Fisher Ferry and Culkin departments responded to the scene and managed to get the blaze under control before it could overtake the entire home. Warren County Fire Coordinator Jerry Briggs along side Rodney Lehman and Zach Hearn were some of the fire fighters working shoulder to shoulder with their teams to battle back the inferno.

Responders were able to save part of the home and no one was injured in the incident.

Culkin Fire’s Lee Williams served as incident commander for this event.  Williams said that initial information suggests the fire may have started in the kitchen, but a definite cause has not yet been identified.