Homeowners were lucky to have two of the best firefighters driving by their home on Highway 61 North on Tuesday night.

A fire erupted from a laundry room of a home located just past Country Junction near the intersection of Blake Drive. Flames and smoke were visible when the homeowner called 911. 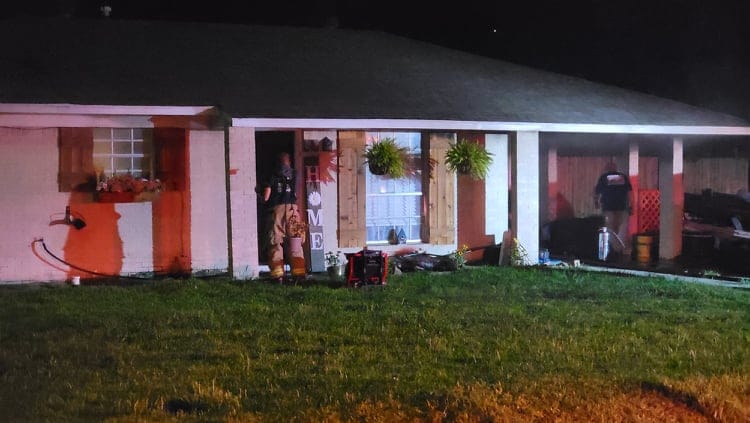 The top two firefighters, Chief Chuck Tate and Fire Coordinator Jerry Briggs happened to be driving past a home as they were seeking assistance from 911. (Photo by David Day)

As the call was dispatched, Chief Chuck Tate and Fire Coordinator Jerry Briggs happened to be on their way back in town from a training class in Washington County and were driving by the house and saw the smoke and flames. They then turned around and announced they were on-scene.

Chief Tate quickly grabbed the water hose as Briggs began to don his turnout gear. Tate began knocking down the fire with the hose until Briggs joined him and took over, knocking it down further.

Briggs then called for his fire extinguisher which contains a soap mixture which makes for a better coverage area. Briggs was able to snuff the fire with the extinguisher before other units arrived on the scene. 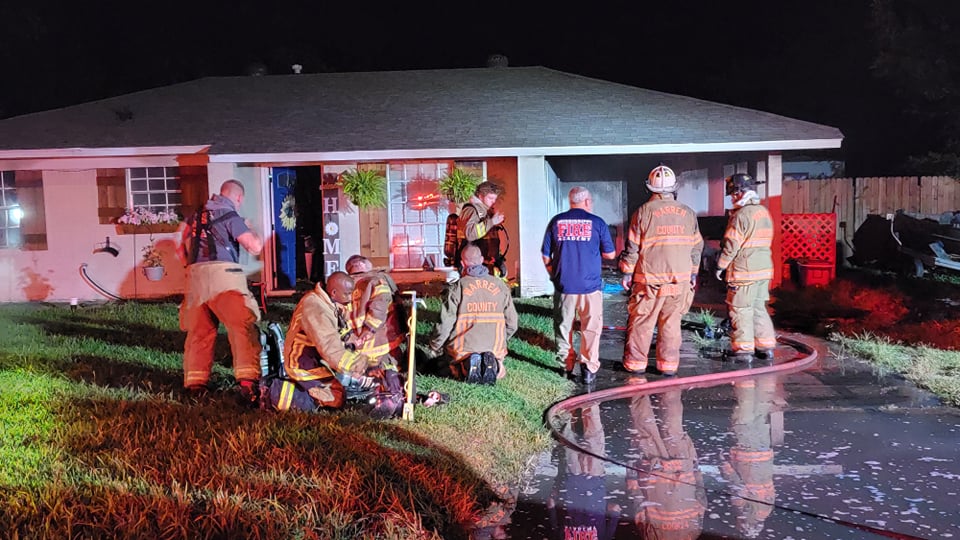 Being at the right place, at the right time, Briggs and Tate were able to tame the flame before more units arrived. (Photo by David Day)

Firefighters who joined the scene, Jeff Riggs, Cedric Martin, Zach Hearn, Lee Williams, Lamar Frederick and Zac Weber began doing overhaul, which is the process of taking care of hot-spots and soaking the wood which was burning, making sure the fire stays completely out. 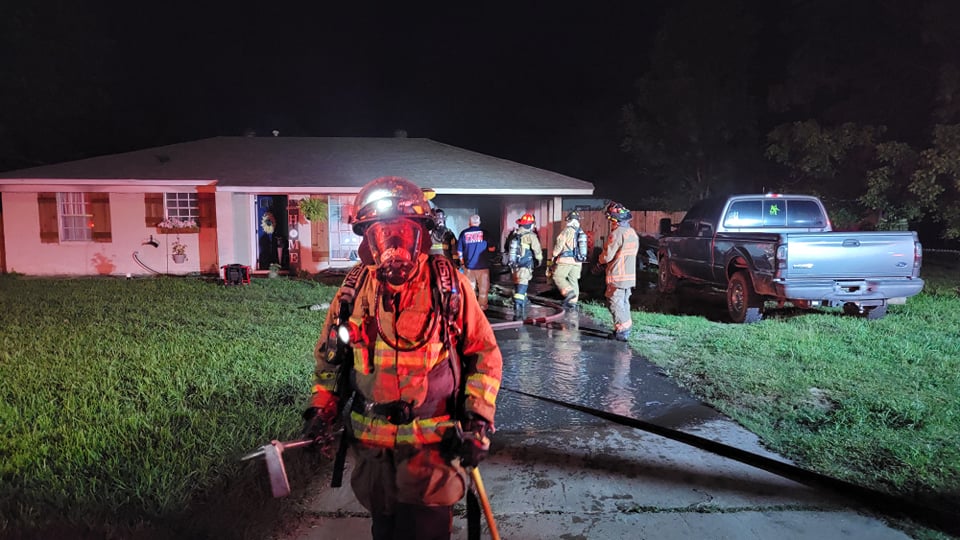