Stormy Daniels is at the McNutt House in Vicksburg this weekend.

She is in town to do a paranormal investigation at the house with local ghost hunter David Childers, Ashley Storm and others. The event, which takes place Saturday evening, is a memorial fundraiser for Childers’ brother, Bradley Sandford, who died in September at the age of 36.

Tickets are sold out for the event. 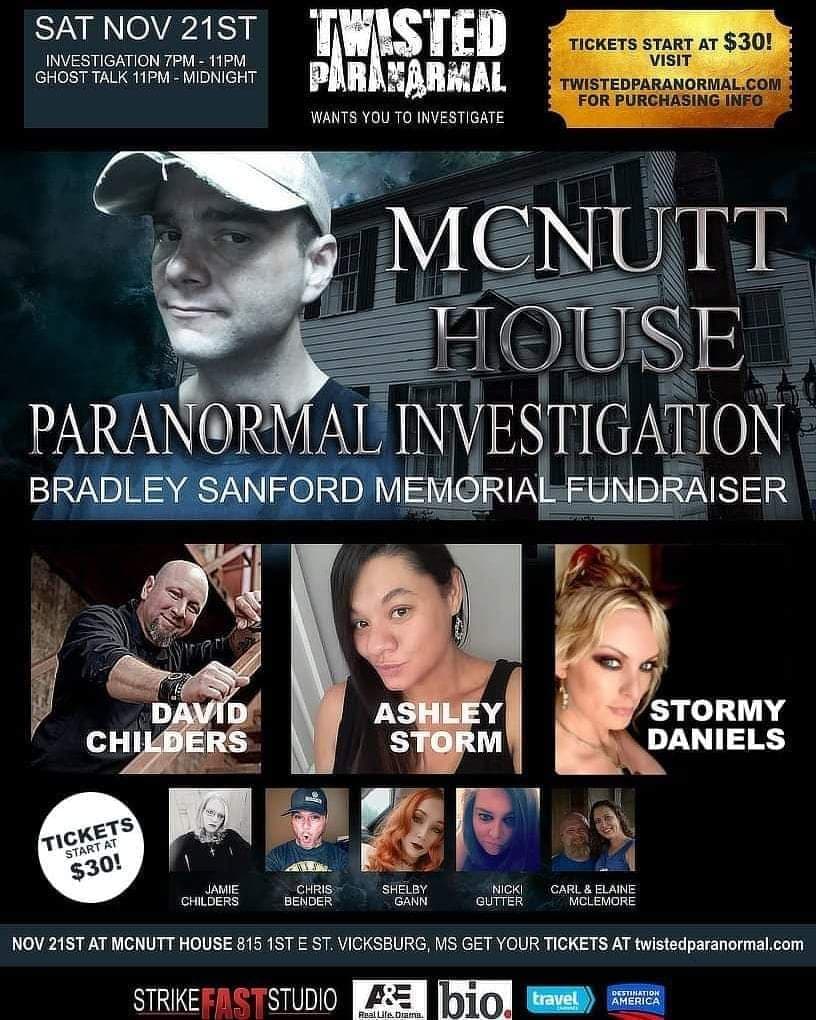 Daniels, a former adult film star, rose to national attention because of her accusations that President Donald Trump paid her $130,000 to keep their 2006 affair quiet a month before the 2016 election. Although Trump’s then attorney Michael Cohen initially denied the payment, he eventually admitted that he had paid Daniels. Cohen pleaded guilty to campaign finance charges in relation to the case. For that accusation and others, Cohen was convicted and sentenced to federal prison. Trump has denied that he instructed Cohen to pay Daniels.