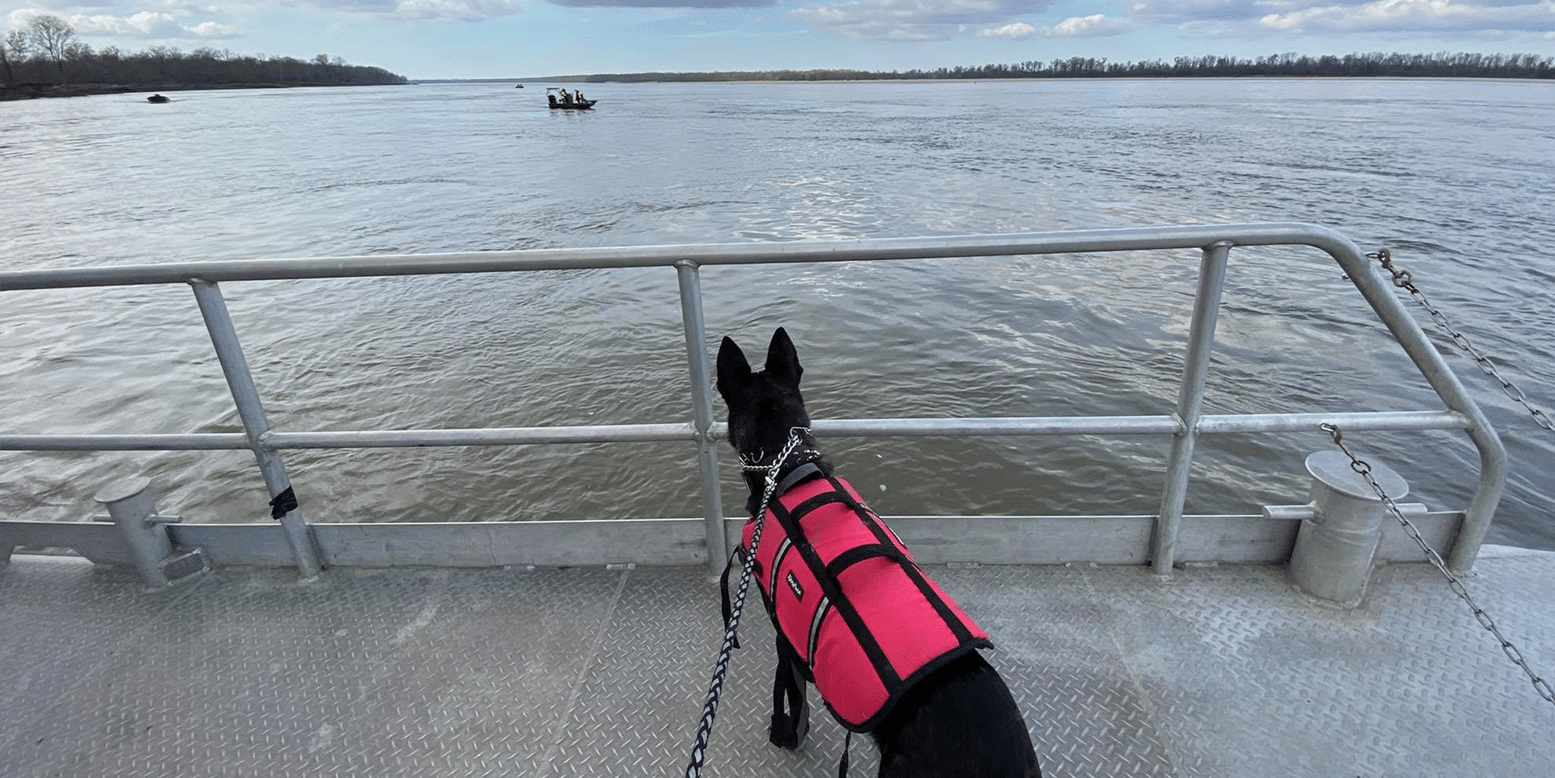 Warren County Sheriff Martin Pace checked in after another long day on the Mississippi searching for two young men who have been missing since Thursday, Dec. 3, exactly two weeks ago.

“We had two boats from the Sheriff’s office and one from the Department of Wildlife, Fisheries and Parks,” Pace said. “We are doing everything we can to try to bring some closure for these families, but so far, nothing.”

Early morning fog over the river prevented the searchers from setting out as early as previous days permitted. Still, the three vessels were able to cover a sizeable area, reaching from just above LeTourneau to near the Warren/Claiborne county line.

Officials have scoured the area each day, utilizing every available resource on land, air and water to locate Gunner Palmer, 16, and Zeb Hughes, 21, after the young men set out on a duck hunting trip with their dog, Kye, and never returned.

The following day, the hunters’ boat was found capsized in the water near Middle Ground Island. Searchers also found a few items from what would have been on the boat; including one of the three life vests that were onboard. The ground search was abandoned late Sunday after a mass of responders and volunteers performed a grid search of probable areas.

Since then, clues have been scarce and the search has moved to the water. Searchers are now relying on their own experience, highly-trained HRD dogs and sophisticated sonar to locate the two men.

More vessels are expected to take part in the search on Friday. K-9 search and rescue teams will be deployed in two locations of interest as well.

James Stirgus Sr. has passed at 90

Grand Gulf embodies the spirit of giving this holiday season