A routine traffic stop turned into a high-speed chase Wednesday, leading multiple law enforcement agencies on a pursuit through the heart of Vicksburg.

Just after 5 p.m. Wednesday, Warren County Sheriff Martin Pace attempted to stop a BMW SUV on South Frontage Road near Provincial Gardens Apartments. The SUV had an issue with the tag displayed on the vehicle.

The driver refused to yield to the sheriff and a chase began at that point.

The vehicle proceeded westbound on Interstate 20 before exiting onto Washington Street. Multiple law enforcement officers had joined the pursuit by this point. The chase proceeded along Washington towards downtown before changing direction and heading southbound on Drummond to Division Street and then southbound on Halls Ferry. 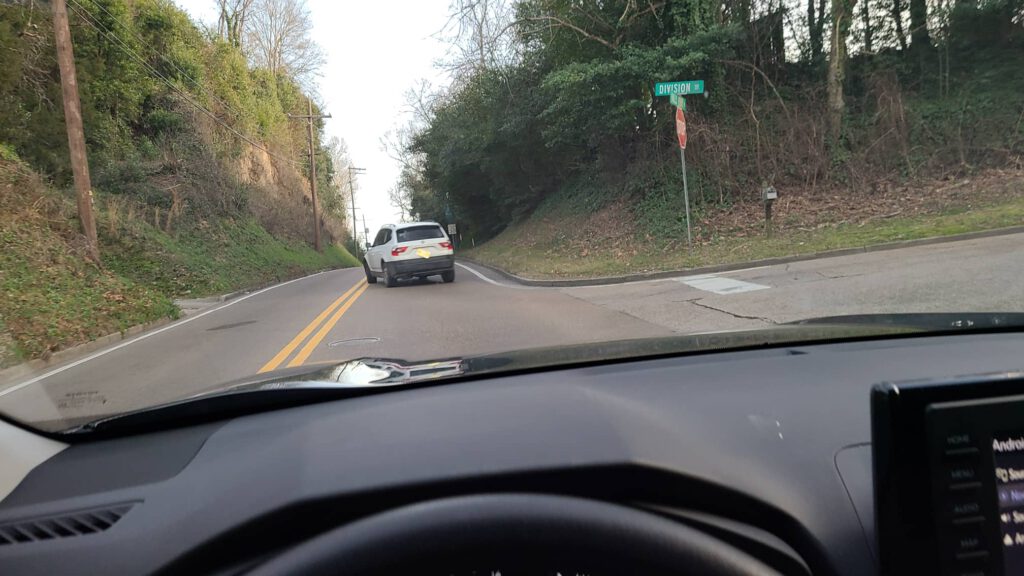 The suspect fleeing from Drummond to Halls Ferry in an attempt to evade law enforcement (photo by David Day).

The vehicle then traveled from South Frontage to Old 27 and into the construction area. The occupant then exited the vehicle and attempted to flee on foot.

Several officers and deputies pursued the suspect.  Vicksburg Police Officers Jeff Merritt and Donnie Heggins along with their K-9, Kilo, were able to locate the suspect and he was subsequently taken into custody at 5:25 p.m. 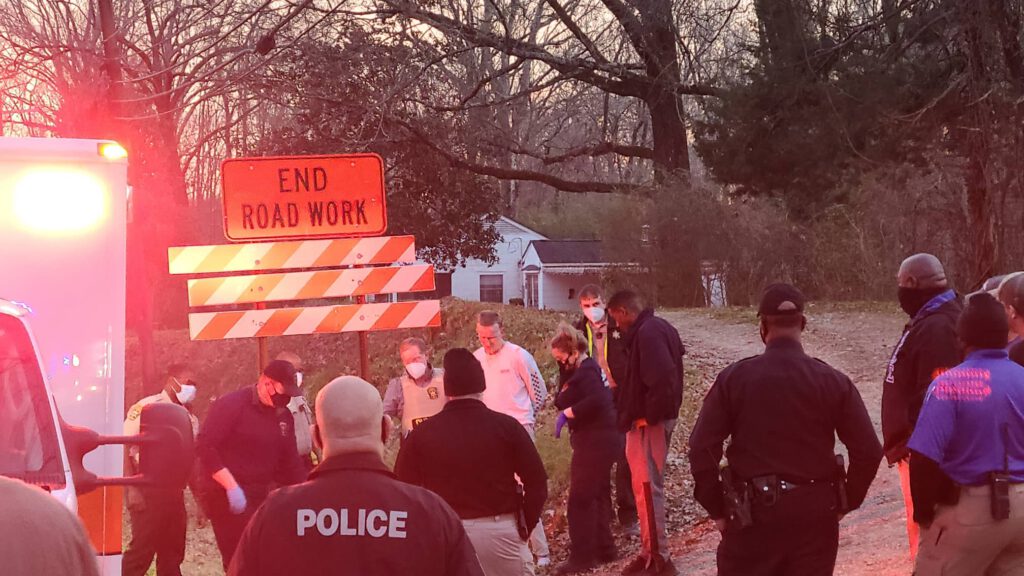 The suspect was apprehended safely less than half an hour after the pursuit began (photo by David Day).

The high-speed chase through town reached speeds of 70 to 90 miles per hour at times.  Multiple units from Warren County Sheriff’s Office, Vicksburg Police Department and Mississippi Highway Patrol assisted in the pursuit.

The suspect was taken to Merit Health River Region for minor abrasions sustained during the foot pursuit.  It is testament to law enforcement that no other injuries or damage resulted from the incident. 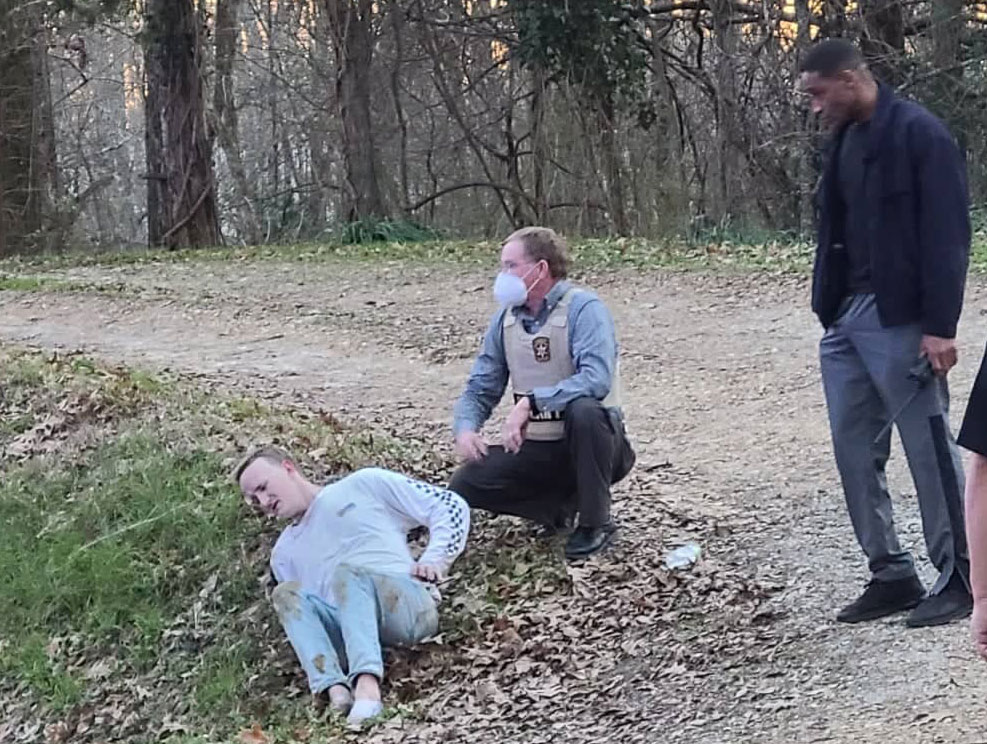 Sheriff Pace and Chief Moore with the suspect (photo by David Day).

The vehicle will be towed to the Sheriff’s Office. Officials will obtain a search warrant before affecting a search of the SUV.

Warren County Sheriff Martin Pace said it is unclear at this time why the suspect ran, but he will be charged with a minimum of felony evasion.