“I was very excited when they came and announced my name. I thought they made a mistake,” said Gibbs. “I was shocked.” 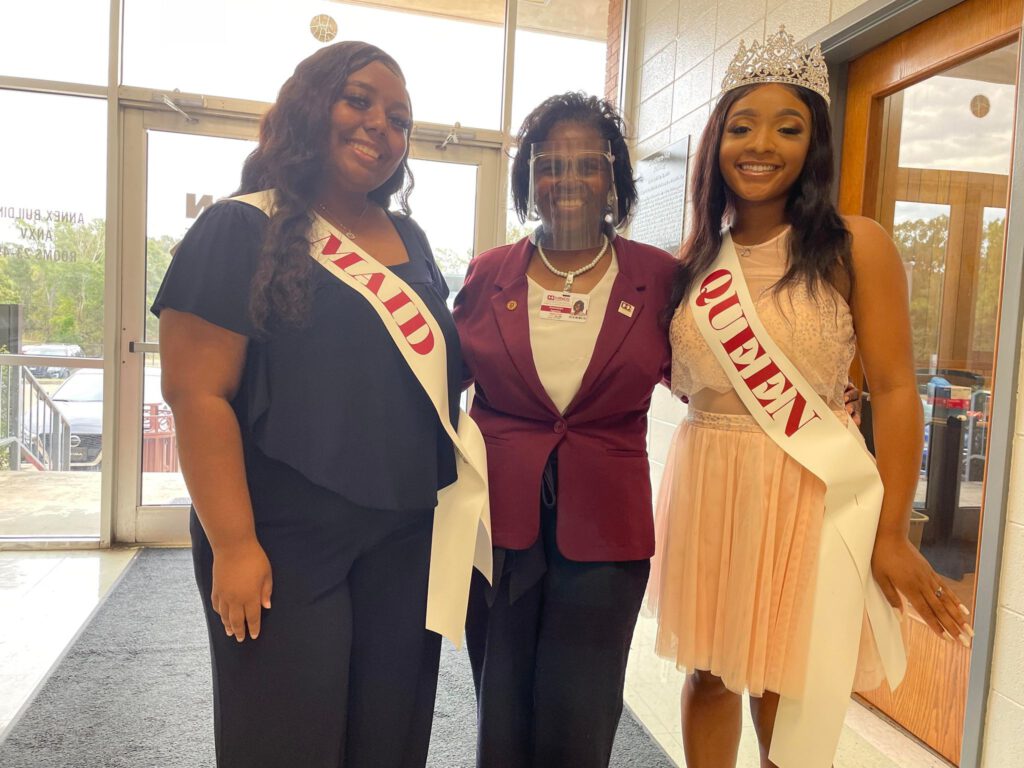 Gibbs stated that although she didn’t have much faith in herself, those around her were not shocked to hear her name.

“I feel good about it. Very excited,” said Gibbs.

“As far as we know, I’ve been here six years, and this is the first queen we’ve had from the Vicksburg campus,” said Vicksburg-Warren Campus Academic Dean Elmira Ratliff. “We’re excited for Ms. Erianna Gibbs because she’s an excellent student.”

Gibbs has been with Hinds since ninth-grade with River City Early College. She is a graduate of Vicksburg High School, nursing major and member of the Student Government Association.

“Voting was much larger than we’ve had in the past,” stated Ratliff. “We’re excited about the outcome of the vote.”

The Hinds Community College District consists of Hinds County, Claiborne County, part of Copiah county, Rankin County and Warren County. Over 12,000 students are enrolled throughout its six campuses making it the largest community college in the state of Mississippi.

Vicksburg opened its branch in the 1970’s. It became the Vicksburg campus in 2002 and now hosts college-level programs.