Just after 3 p.m. Friday afternoon, Sheriff Martin Pace, along with Investigators Stacy Rollison and Todd Dykes, acted on a tip that wanted fugitive Marshall Drake Davidson was hiding out in a motel room in Vicksburg. They, along with deputies, apprehended Davidson at Motel 6 at 3:04 p.m. without incident. 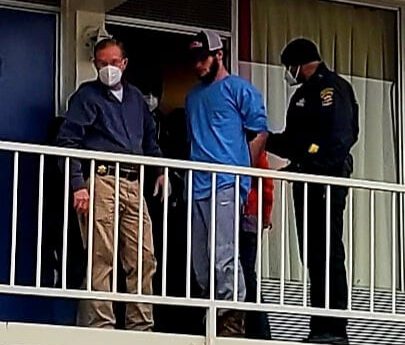 Davidson was taken into custody without incident (photo by David Day).

Davidson was the subject of a wanted notice by the Sheriff’s Department on Wednesday, February 10.

Davidson is suspected of burglary in the 6600 block of Halls Ferry Road in Warren County.  There has been a previous arrest in this burglary as well. 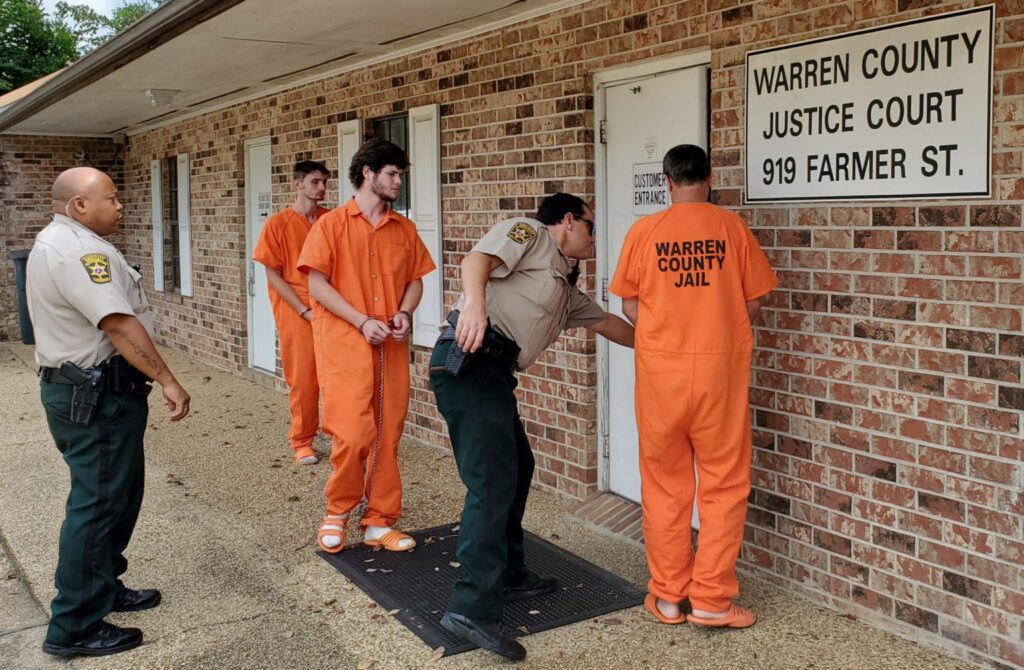 Davidson has been arrested several times in the past 2 years for residential and commercial burglaries, as reported by the Vicksburg Daily News.

Sheriff Pace said the investigation is ongoing and more arrests are imminent, as well as the possibility of additional charges against those already in custody.