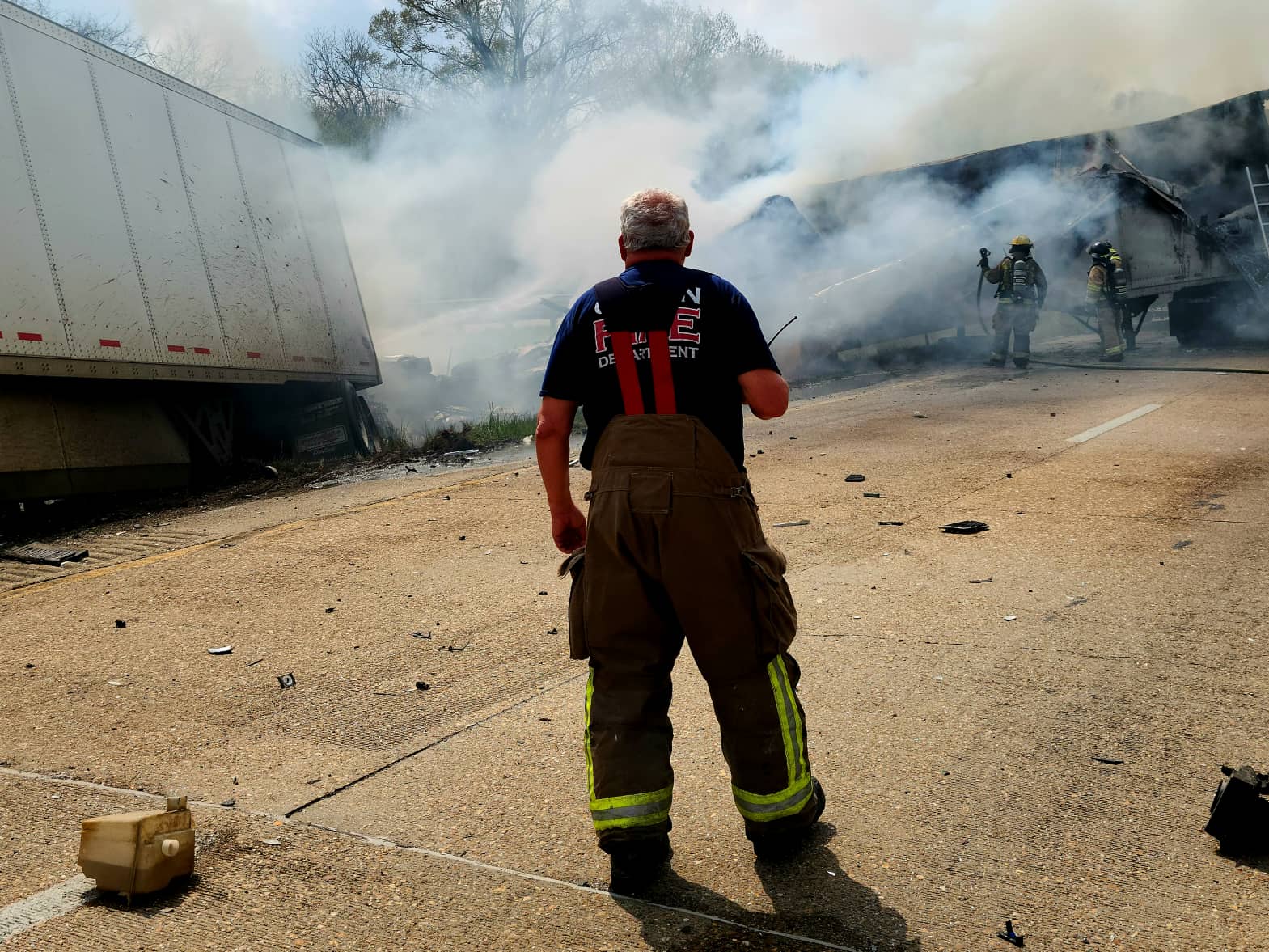 According to Master Sgt. Kervin Stewart with the Mississippi Highway Patrol,  at just before 2 p.m., the Mississippi Highway Patrol responded to a fatal crash on I-20 in Warren County. Preliminary reports indicate that traffic was stopped due to an earlier crash when the second crash occurred. The crash involved 2 18-wheelers, a Ford F-150, a Ram 1500, a GMC Yukon, and an Infiniti passenger vehicle.

The cab of an 18-wheeler involved in the crash, the SUV, the Infiniti passenger car, and the trailer of the second 18-wheeler were completely burned due to the crash.

There were 3 fatalities and 5 people injured. 3 of the injured were transported to local hospitals and 2 were checked on the scene.

The deceased have been identified as:

Mr. Coleman was the only occupant in the GMC and Mr. Brewer and Ms. Lipe were in the Infiniti. A third passenger in the Infiniti was able to get out of the vehicle.

This crash is currently under investigation by the Mississippi Highway Patrol.