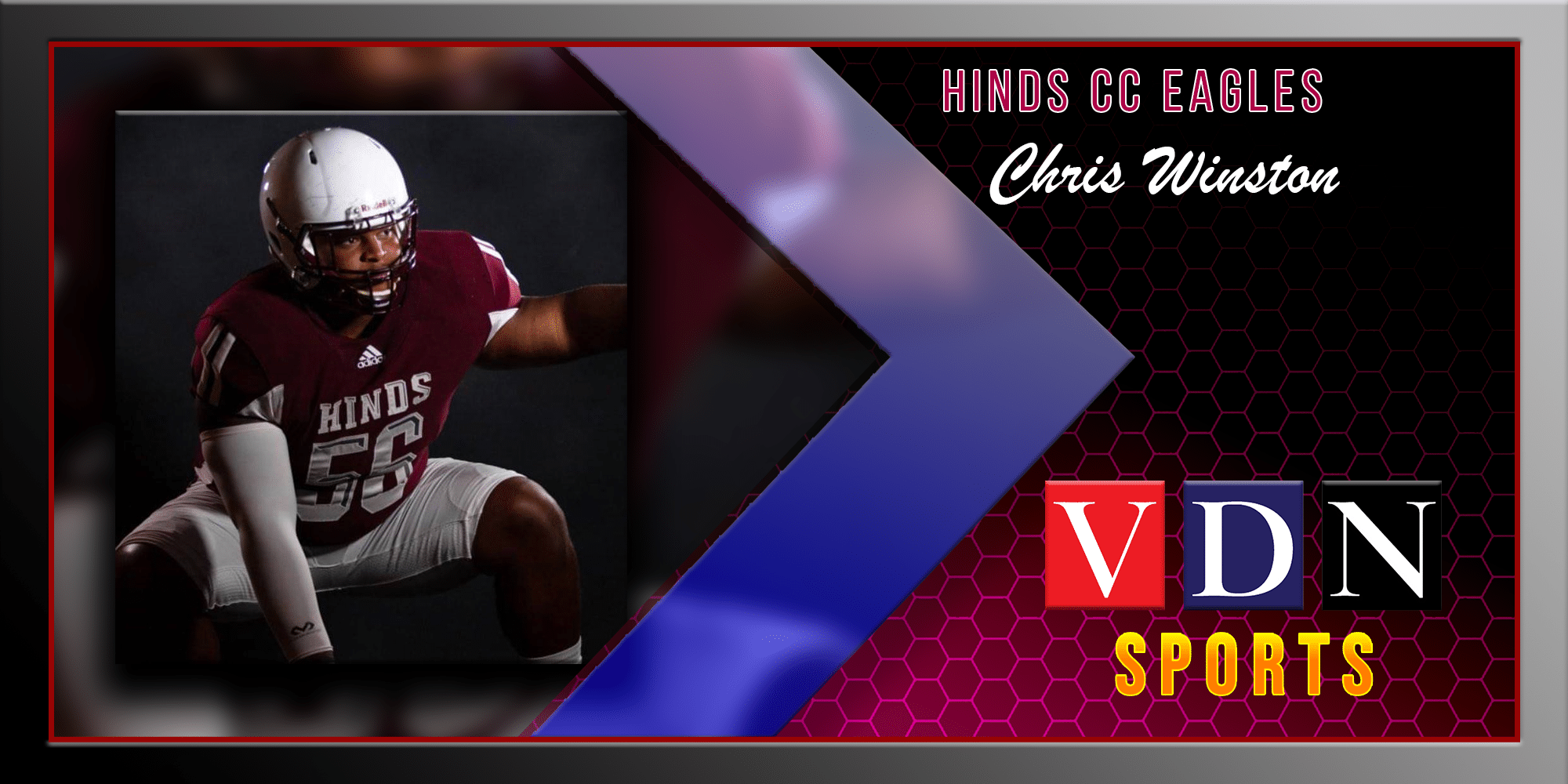 Winston, a center for the Eagles, took on his freshman year with high hopes and earned a key role on the offensive line where Hinds finished with a 3-1 record but he felt he could’ve done better.

“Although we did good as a team I felt like I had a lot to improve especially with flexibility and hand movements,” Winston said.

Despite Winston needing to improve in some areas, his hard work and athleticism led him to be named to the Mississippi Association of Community and Junior Colleges All-State football team.

Winston has spent the summer getting better as a player and is expected to have a huge year for the Eagles this season.

“This is gonna be the best season I ever played before and I’m looking forward to competing for a state and National Championship,” Winston said.

Other than playing for some big titles this fall, Winston has more goals of playing on the next level at a big university. He will have plenty of opportunities to show what he is truly made of as Hinds will face some top-ranked teams this season under head coach Larry Williams.

Winston will begin his second season as a starter for the Eagles, opening their season on September 2 against Coahoma Community College.