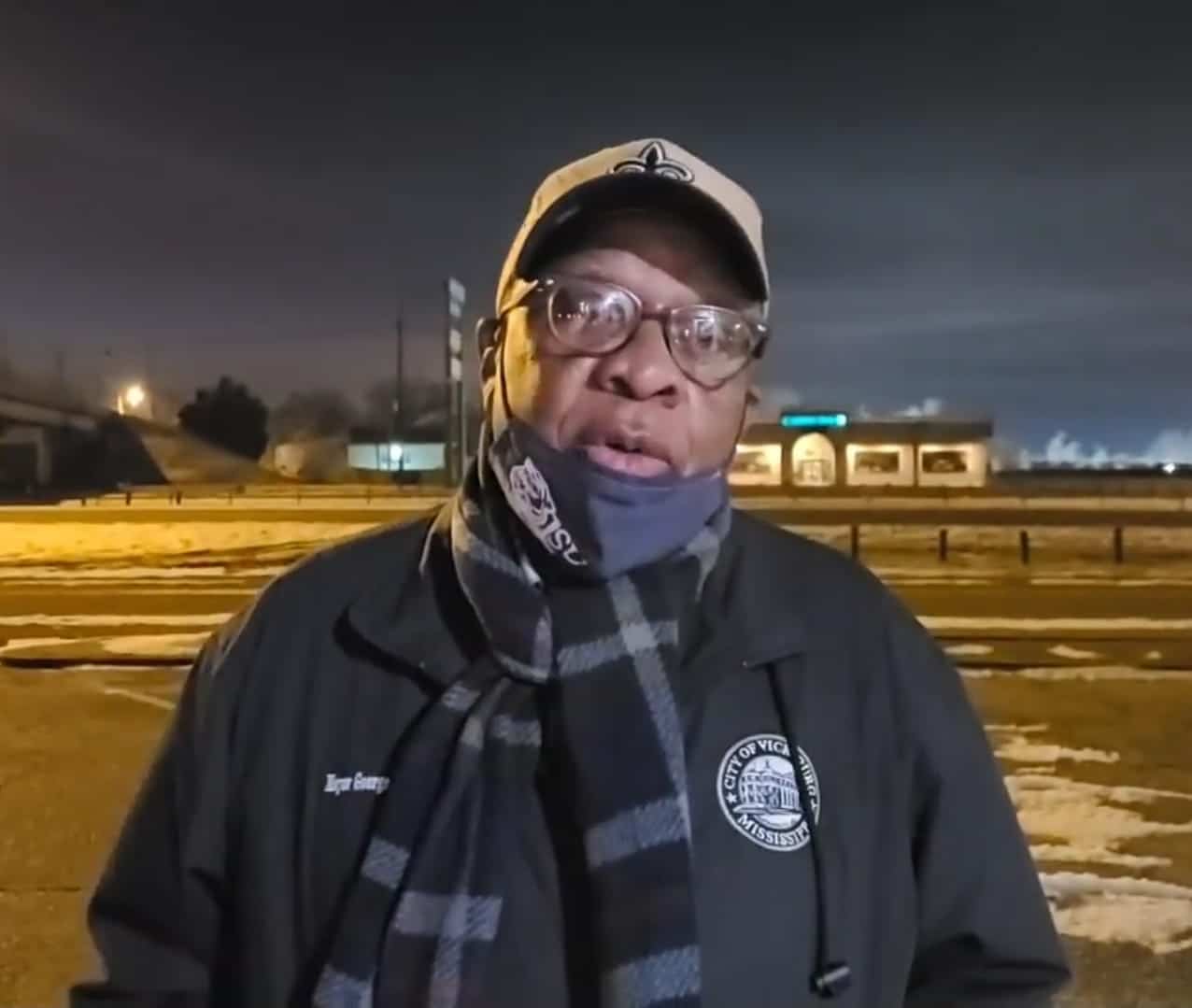 In a live interview with Vicksburg Daily News this morning, Mayor George Flaggs once again commended the residents of Vicksburg and Warren County for “being our brothers’ keepers” during this past week. “We are resilient people, we do what we do!” boasted a proud Flaggs. “We need to continue to work with each other. Thank God for our Sheriff, the Supervisors, the Alderman team that we got. All of us are working together.”

Flaggs addressed ongoing concerns about water and electricity but wanted to reassure the public that those issues are being worked on as quickly as possible. “We are going to continue to turn the water on just a little bit so that when that pressure comes out it won’t burst your pipes,” explained Flaggs.

Entergy has another 12 trucks en route to assist in restoring power.

The City of Vicksburg Water supply remains a challenge but Mayor Flaggs stated that water pressure was over 100 psi this morning. The city is slowly increasing the pressure to 140 psi, the standard pressure for minimal delivery.

Mayor Flaggs cautioned that as water pressure increases there will be leaks created and will cause the pressure to drop. Citizens are encouraged to be on the lookout for leaks and report them to the city.

He also stated that he will suggest upgrading the city’s ageing infrastructure at the meeting of the Mayor and Aldermen Monday morning. He also said that he suggested to the police department that from here on out, any new official vehicles purchased come equipped with a 4-wheel-drive.

Noting problems in neighboring communities, Mayor Flaggs expressed his pride at how well our area weathered the storm. Vicksburg and Warren County had no deaths associated with this historic winter weather event.

He suggested that citizens wait until around 10 a.m. to travel if possible, and encouraged people to continue driving slowly and cautiously.

Warmer temperatures will prevail over the next few days with Warren County reaching near 65 degrees on Sunday. Trees and power lines will shed their remaining ice throughout the day on Saturday creating wet roadways. The snow and ice-covered fields and trees will become a crystalline memory by mid-day Sunday.

Most area stores will be back to regular business hours by Monday.

On Friday all the area grocery stores experienced huge volume for the period of time they were able to get staff to their locations. Most grocery shelves were emptied of bread, milk, and baby supplies. The run on essentials is expected to be a challenge for grocery retailers until mid-week.

Area gas stations also ran out of gas all over the county on Friday. As people ventured back out after being stuck inside all week, gas supplies at the stations were depleted from people filling their tanks. Gas stations had not been resupplied with gasoline all week because the big tankers were unable to get to them. Emergency calls to local suppliers began the process of restocking and most stations will have gasoline as the day progresses.

Flaggs reassured residents that he has never quit in the middle of any battle, and he will continue to be available to them until the very end of this one. As he has done all week, Mayor Flaggs offered his personal cell number (601-942-0492) for residents to call with any issues they may have.

Vicksburg Daily News reader Geneva Jones summed up the situation in a comment during the live interview with Flaggs. Jones stated, “Let’s keep holding on, we’re going to make it.”