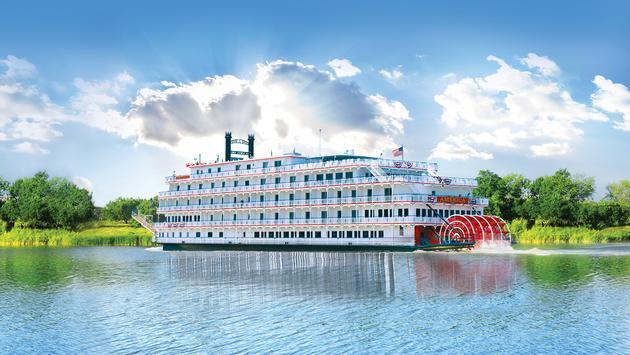 The City of Vicksburg has signed a 20-year agreement with American Cruise Lines in which the company will make a financial contribution to the city and improve and beautify the docking facility, reports Travel Pulse.

American will pay the city a $2 per-passenger fee and make a minimum $200,000 investment in the docks, and the line will receive priority docking for its ships on the Vicksburg riverfront.

“American Cruise Lines has a long history on the Mississippi River, and I’m pleased to have formalized this agreement which will enhance one of our city’s main entryways,” Mayor George Flaggs, Jr. told Travel Pulse.

“For the first time in Vicksburg’s history, a private company has agreed to improve our waterfront at no cost to taxpayers in exchange for exclusive docking space,” the mayor said in a Facebook post on Saturday.

American Cruise Lines’ ships have docked at Vicksburg for many years, but this is the first agreement of its kind between Vicksburg and the line.

“American Cruise Lines is thrilled to have reached a deal with Vicksburg that will keep us contributing to the city’s economy in even more visible ways,” said Charles B. Robertson, President and CEO of American Cruise Lines. “Through Mayor Flaggs’ foresight and drive, our boats will be in as often as four times per week and will bring thousands of tourists to the city.”

In addition to the passenger fees and investment in the waterfront, American will provide shuttle services for its guests, transporting them throughout the community.

American is the country’s largest cruise line with a fleet of 13 small, U.S.-built ships. The line has doubled its capacity on the Mississippi in the past two years, with four ships cruising the river in 2020, and more new ships coming in 2021 and beyond.

The company operates more than 10 Mississippi River itineraries from February to December each year.