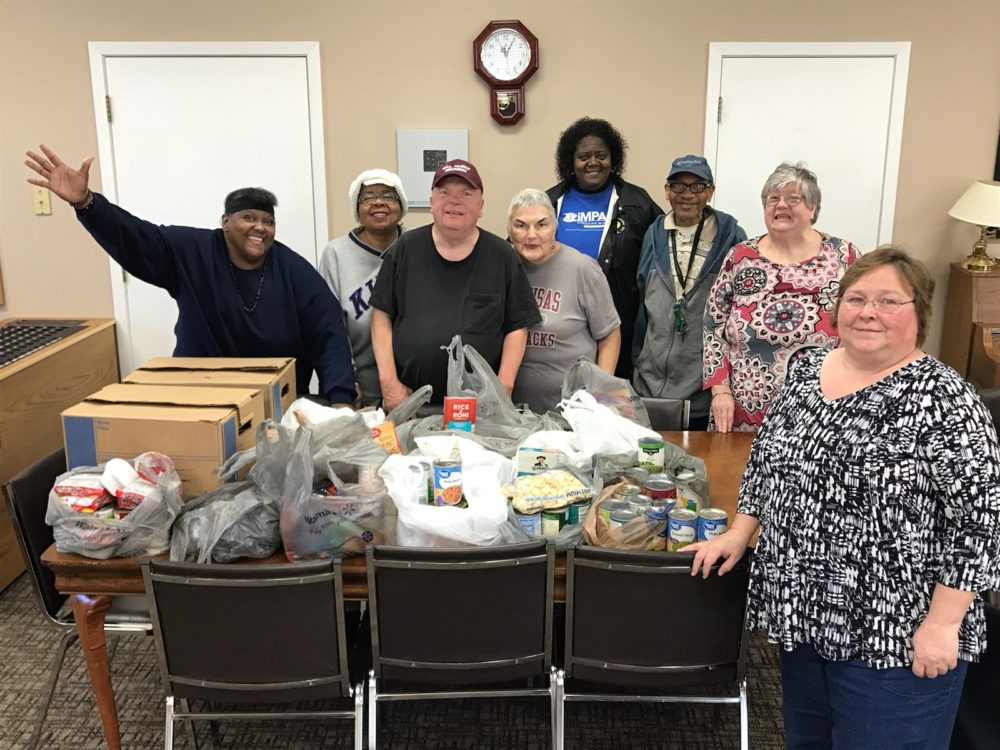 In the spirit of giving back, Vicksburg’s Senior Citizens Center, 801 South St., organized a food drive for the local Good Shepherd food pantry after seeing the pantry’s need for more resources.

“It all started after we realized that some seniors go to the food pantry, and it’s also that the food pantry gives out so much food during the holidays,” said the Senior Citizen Center Director Jennifer Harper. “So, I suggested that we have a food drive of non-perishable things.”

After spending weeks gathering donations, the Center donated between 400 and 450 pounds of non-perishable food and bingo prizes.

“I wasn’t able to count the cans, but I did weigh them,” Harper said. “We ended up with a whole truck bed of food.

“One of the nicest things about it was that we started off with bingo, and [players] brought a canned good and an item for bingo for the food pantry. … They didn’t go home with the bingo prizes. They played and then put it back in the box for the food pantry.”

The seniors were elated that they were able to give back to the community that has helped them.

“They felt like they were helpful and making someone else happy,” Harper said. “They just felt good to help somebody else.”

Harper said the the Senior Citizen Center will make the drive a regular holiday event.

“We’re going to make this an annual ‘Pound the Pantry’ activity,” she said, “and hopefully we’ll need two trucks to load everything up.”