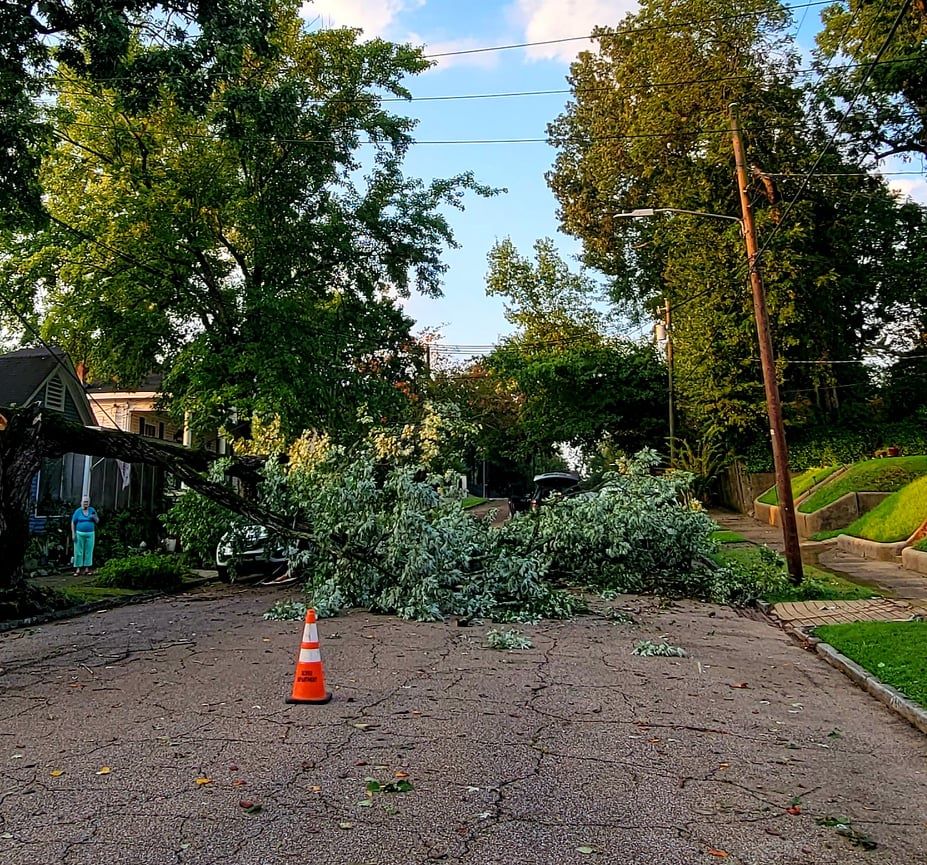 Trees have been reported down, blocking roadways in several areas around the city. Cherry Street, near Speed street and 5th North Street near Grove Street each had trees blocking the roadway. 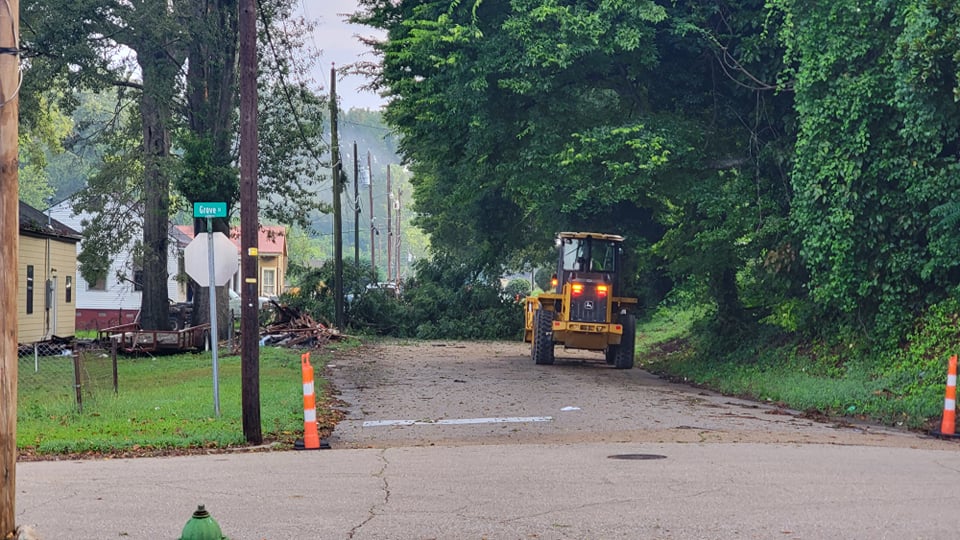 Tree damage has also been reported. A tree which fell onto a house on Jefferson Street has left a home in a state if disrepair. 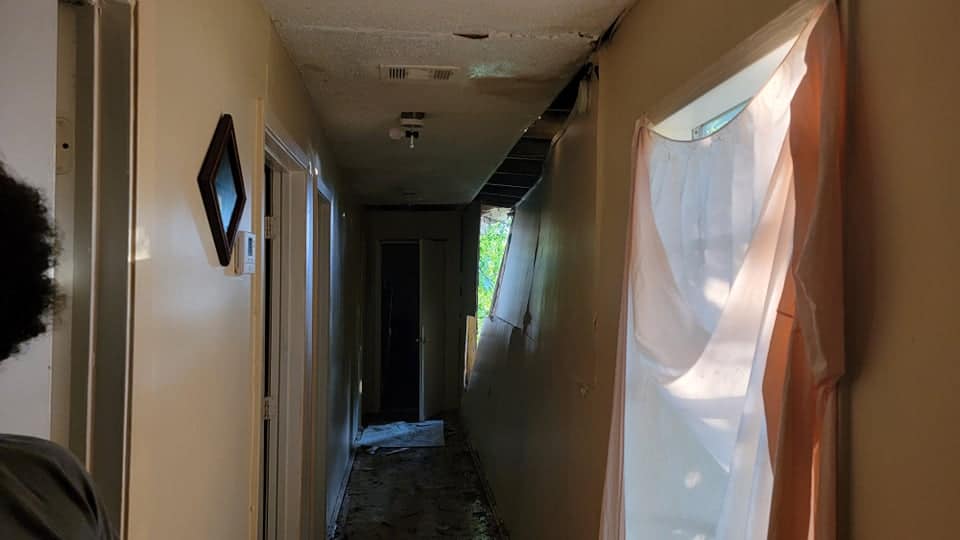 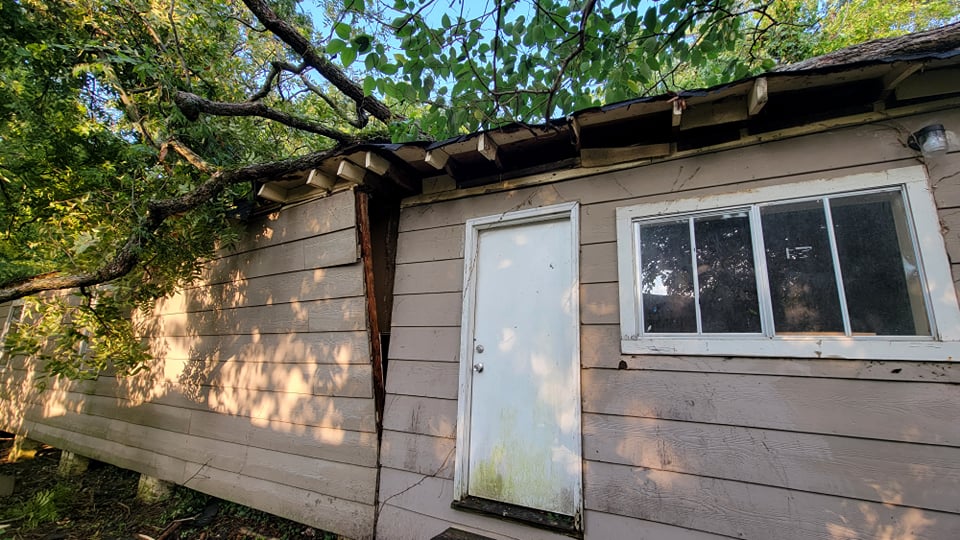 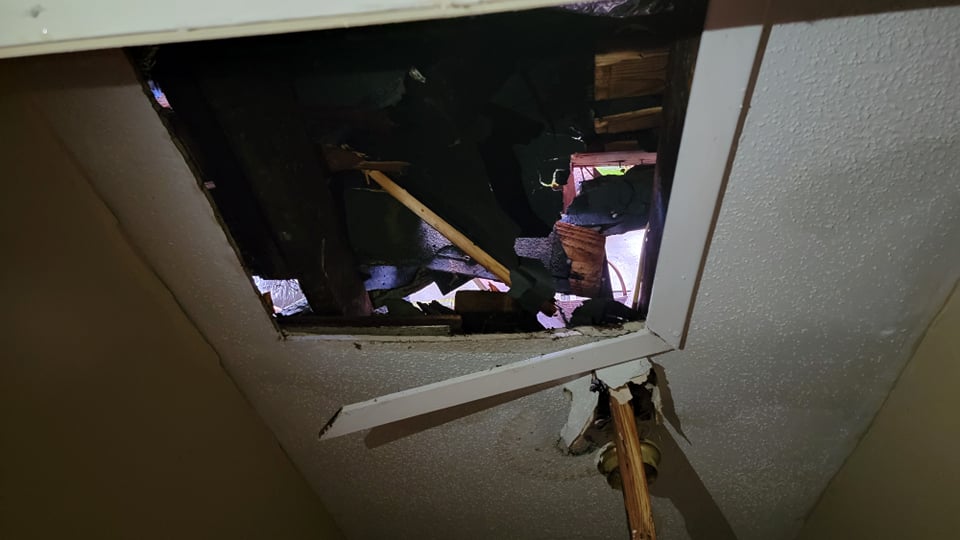 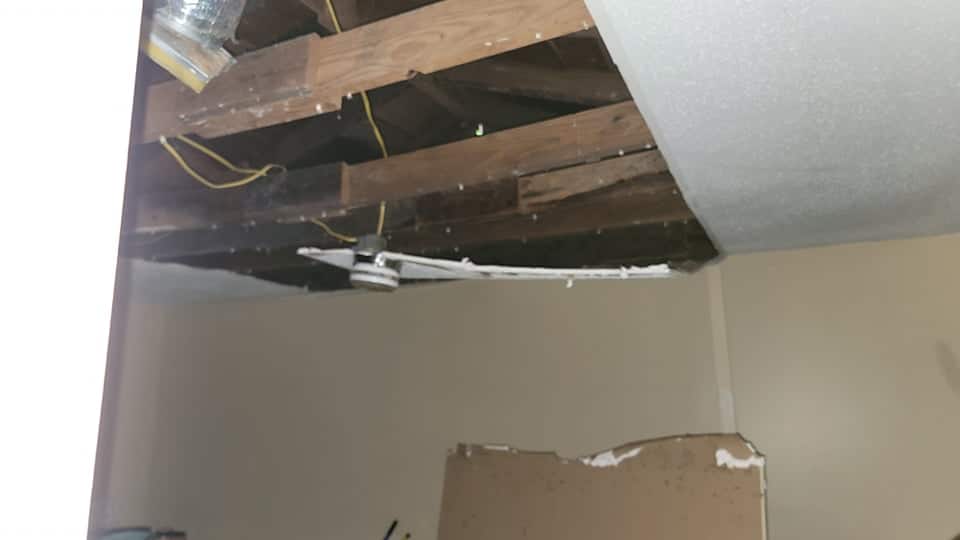 Caution is advised as crews move throughout the area to clear the debris.