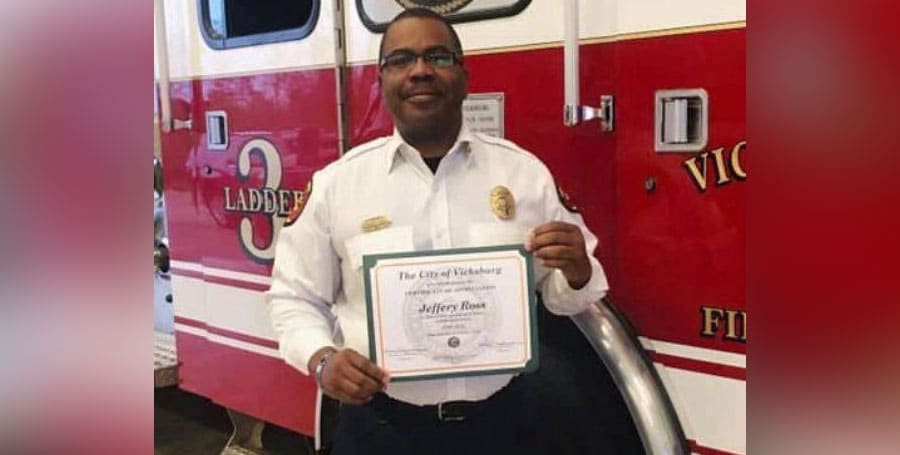 Friday, the City of Vicksburg recognized Capt. Jeffery Ross of the Vicksburg Fire Department who has served the department for 30 years.

Mayor George Flaggs Jr. and aldermen Michael Mayfield and Alex Monsour commended Ross for his years of service at the Oct. 23 Board of Mayor and Aldermen meeting .

“I would like to thank the mayor and aldermen for the recognition,” Ross said. “I would also like to thank my family and friends for staying with me every step of the way.”

Ross graduated from Hinds Community College where he was studying computer programming. He was headed to Jackson State University but changed his career path when he received the news that he was going to be father to a daughter.

He began working as a firefighter Oct. 30, 1990, and has been with the city’s fire department ever since. Ross has shown his support for Vicksburg by being a part of a crew dedicated to keeping residents safe.