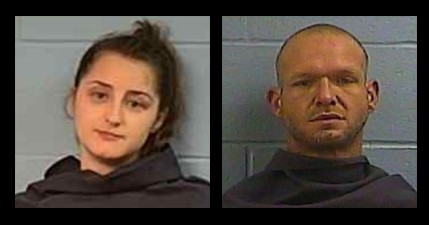 Sarah Elizabeth Morgan, 28, of Vicksburg, has been arrested in connection with an assault at a residence on Old Cain Ridge Road. At 1:48 a.m. Saturday, officers found a male suffering from a laceration to his left forearm. He was transported to Merit Health River Region for treatment.

Morgan was arrested later in the day and charged with aggravated assault, domestic violence.

Saturday around 7 p.m. officers arrested Jonathan Meadows, 38, of Vicksburg, in connection with an incident in the 2100 block of Iowa Boulevard where they found an unconscious female. The female was transported to River Region Merit Health for treatment.

Morgan and Meadows had their initial court appearances on Monday, March 16 in the Vicksburg Municipal Court. Judge Angela Carpenter set a $15,000 bond for Morgan and a $50,000 bond for Meadows. Both have been bound over to the Warren County Grand Jury.