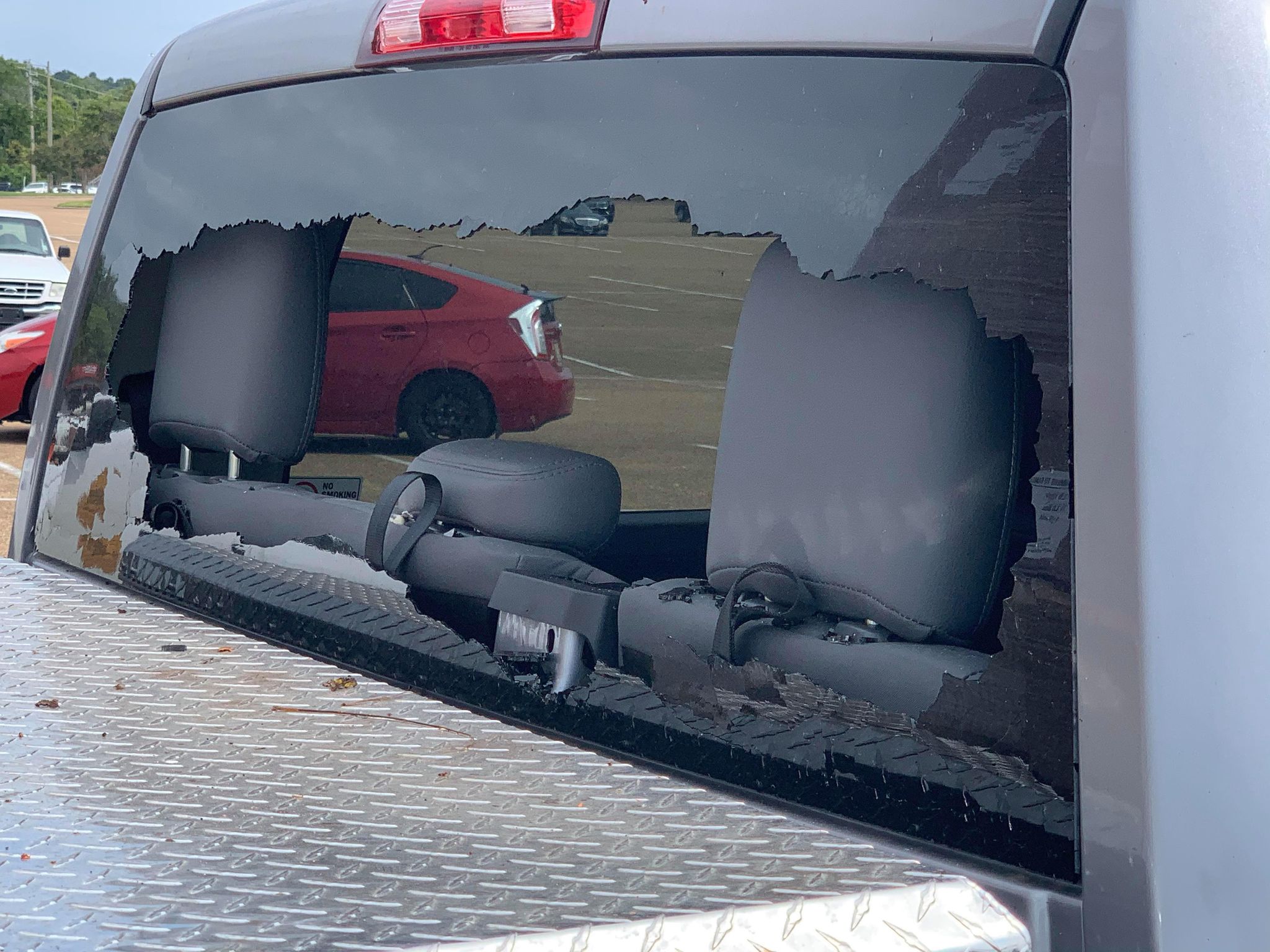 Owners of homes and businesses along Washington Street woke up to property damage Friday morning.

Two subjects later reported that the occupants of a tan colored car near that intersection had shot into their vehicle. Neither of the occupants was injured, but their vehicle sustained damage to the trunk and passenger side rear door and panel.

Other vehicles parked along the street were also struck by bullets. District 3 Supervisor Shawn Jackson’s county vehicle was struck while parked in front of her home near Fairground and Washington streets, and the rear glass was shattered.

Vicksburg Police Chief Milton Moore says investigators have not identified a suspect at this time but are following leads and reviewing camera footage from the general area.

Anyone with any information is asked to call the Criminal Investigation Division of the Vicksburg Police Department at 601-636-2511 or Crime Stoppers at 601-355-TIPS.

VPD arrests Louisiana woman for cutting off her ankle monitor