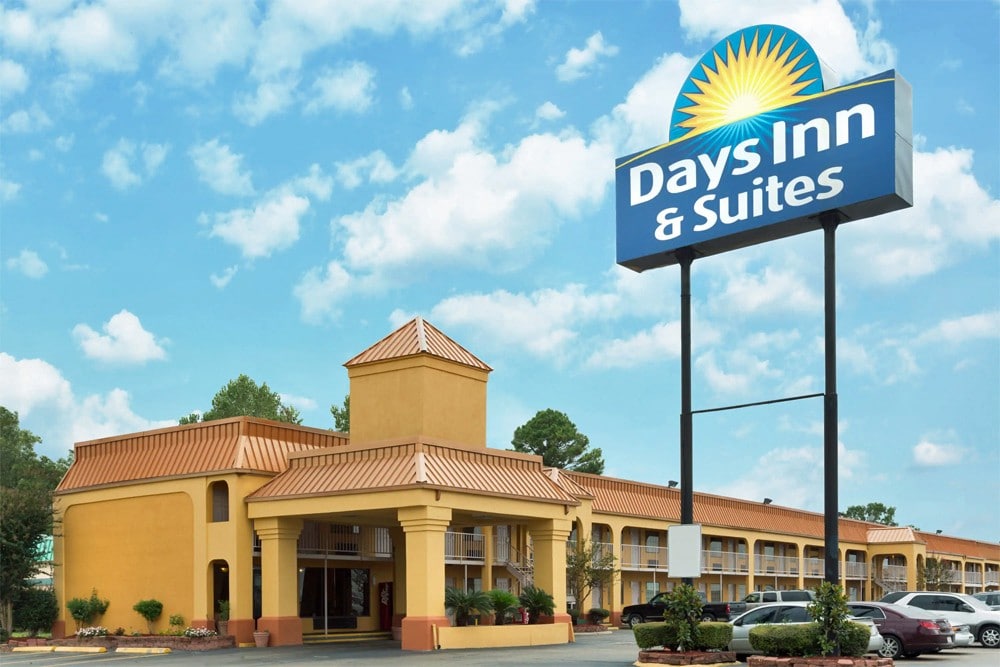 The Vicksburg Days Inn, site of a shooting Oct. 30, 2019. One victim is hospitalized. Photo via Wyndam Hotels website.

Upon arrival, they found Moses Ellis, 23, of Vicksburg, suffering from one gunshot wound to the upper body. Police Chief Milton Moore said at the time that the wound was to his neck.

Witnesses provided the description of the vehicle in which the suspects fled, and it was stopped a short time later at the intersection of Washington Street and Morgan Lane. Three occupants were detained and transported to the police department for questioning by investigators.

A firearm was recovered inside the suspect vehicle, and the vehicle was towed to a secure location.

Two suspects are being held in the Madison County Jail pending formal charges: Kevon Moore, 19, of Vicksburg and Titan Moore, 18, of Vicksburg. The third suspect, a juvenile, is in the Warren County Juvenile Detention Center.

Ellis was transported to Merit Health River Region and then to the University of Mississippi Medical Center in Jackson. His condition is not known.

VPD has not provided photos of the suspects or the victim.

MDWFP lifts ban on boating and fishing at Eagle Lake