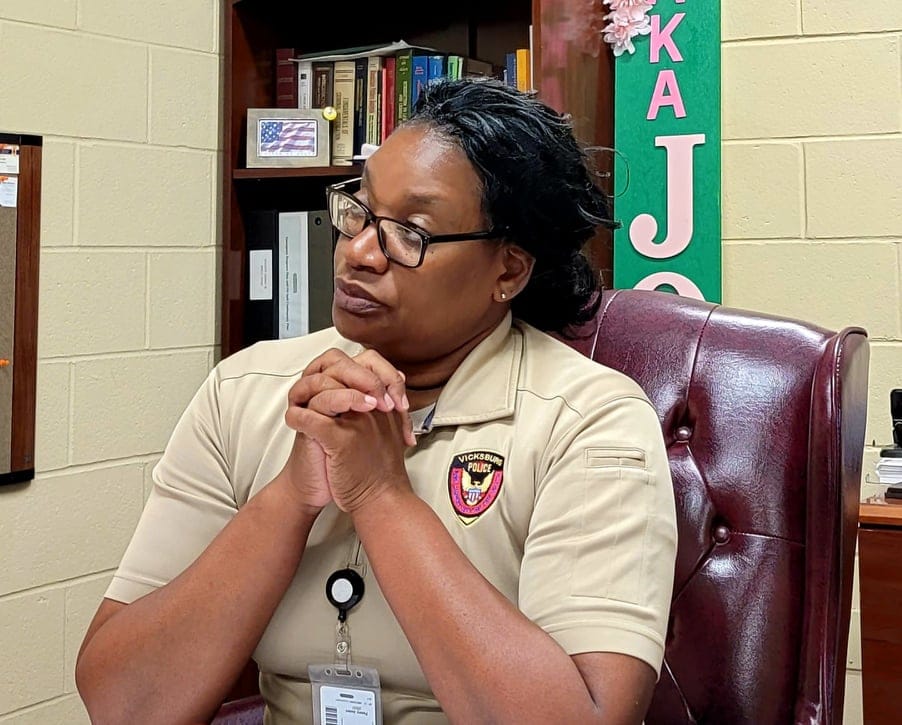 A string of burglaries were reported throughout Vicksburg Friday night. Vicksburg Police Chief Penny Jones is challenging the community to remember to lock their vehicle doors.

Jones stated the calls mostly involved unlocked vehicles being ransacked. More than 10 vehicle burglary calls were placed on Friday. All of the vehicle burglaries reported involved doors being left unlocked.

“My officers responded to several calls of burglaries last night (Friday). The majority of calls they responded to were vehicles that were unlocked,” said Jones. “The most important things that were taken out of some of the vehicles were weapons.”

Jones went on to state that most of the arrests made by the Vicksburg Police Department recently have involved juveniles with weapons. Unlocked vehicles present an opportunity for these juveniles to obtain these weapons.

“I know that they feel comfortable and safe traveling with their guns inside of their vehicles, but sometimes it’s so much easier to take that weapon out of your vehicle and take it inside of your home,” stated Jones.

The string of thefts were not reported in just one area, according to Jones. The incidents were spread across the city.

Security footage submitted shows thieves rummaging through and stealing a vehicle from a resident’s yard.

Jones expressed that safety for citizens within the community is the biggest concern. “To keep from becoming the victim of some type of robbery, lock your doors,” said Jones.

Another step to take is to ensure items are not left visible when shopping. “Sometimes we get careless, we end up leaving our cell phones inside of the vehicle and we sit them where people can actually see them,” stated Jones.

Another concern is that of people who work at an office or other business and bring their work home with them. Laptops and other expensive equipment are also vulnerable to theft. “Those are valuable items,” said Jones. “Something suspects definitely will want to get because they can easily be sold.”

Several years ago, Jones did a Public Service Announcement (PSA) called “Operation ID” and she plans to do another PSA soon. “Operation ID was a project set aside for us to go inside of people’s homes that didn’t have access to engraving their valuable items. We actually engrave the items for them, took pictures, wrote down serial numbers and gave them a safe place for them to store just in case their house was ever broken into,” explained Jones.  The operation also served to help in circumstances where a home may have been burned, creating a way to inventory home items for insurance purposes.

With the holiday season inbound, Jones warns that thieves will be looking for items which can be resold. Remembering to secure your vehicle with the key fob and listen for the horn to know your door has been locked.

Jones expressed that criminals may break a window if they see an item they really want inside the vehicles. But the trends within Vicksburg has involved unlocked doors.

Among other items which were reported stolen was cigarettes, change and paperwork which could contain personal information.