Vicksburg park to commemorate 400 years of Africans in America

Bricks and Spokes event canceled for 2020

Fireworks show is a go for July 4 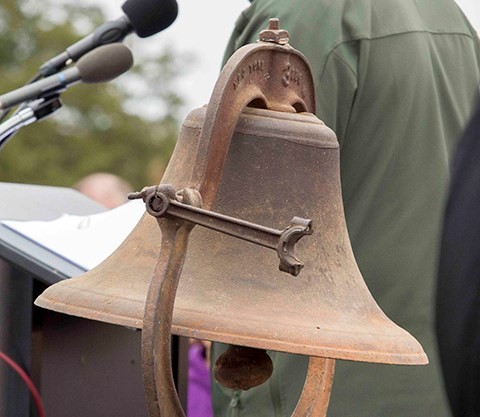 This coming Sunday, Aug. 25, the Vicksburg National Military Park will host a commemoration ceremony honoring 400 years of African Americans in this country. 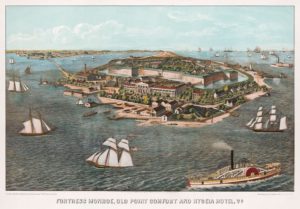 A painting of Fort Comfort, the site of today’s Fort Monroe National Monument. Image from the Library of Congress.

The commemoration originated in the Fort Monroe National Monument near Hampton, Va., at the mouth of the Chesapeake Bay. The site was known as Fort Comfort in 1619, and the Fort Monroe park is holding a multi-day commemoration, concluding with a Day of Healing on Sunday and the nationwide bell ringing.

“The highlight of the ceremony is going to be the ringing of the Cemetery Bell,” said Vicksburg National Military Park spokesman Bill Justice. “It’s scheduled to be for four minutes, so I expect we’re going to have opportunities for people to ring the bell.” 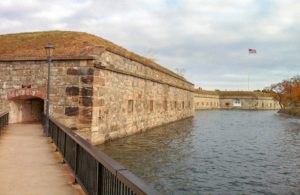 The first Africans arrived here as slaves in 1619, on the shores of what would become the state of Virginia in the United States. English colonist John Rolfe noted in his diary the arrival of “20 and odd” African men and women at Point Comfort in late August 1619. It was a pivotal moment in the nation’s history, according to the Fort Monroe website. Stolen by English privateers from a Spanish slave ship and brought to Point Comfort on a ship called the White Lion, these natives of west central Africa are believed to have been traded for food and supplies. They were the first Africans to be brought to English North America.

The bell-ringing will take place in a number of parks across the country, but Justice expects most of those parks will be related to the Civil War in some way. 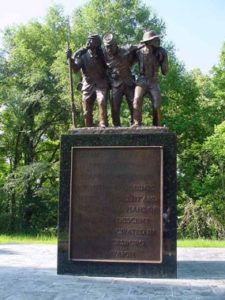 The African-American Monument is located on the south side of Grant Avenue between milepost 4.3 and 4.4 in the Vicksburg National Military Park.

“In the case of Vicksburg, the park has a lot of connections to enslavement and the U.S. Colored Troops who were involved in the war,” Justice said.

“The units were raised from Mississippi and Louisiana,” Justice said. “They were in the Union Army, but they were from here. They escaped enslavement and enlisted in the United States Army. They were formed up, initially, in state units, but they were later re-designated as U.S. Colored Troop units.

Faces from the African American monument.

“These people settled here in Vicksburg, and they spent their lives here.”

The event begins at 1:30 p.m. and is scheduled to conclude at 2 p.m. with the ringing of the National Cemetery bell for four minutes. At this time, Vicksburg Mayor George Flaggs Jr. has indicated he will be attending.