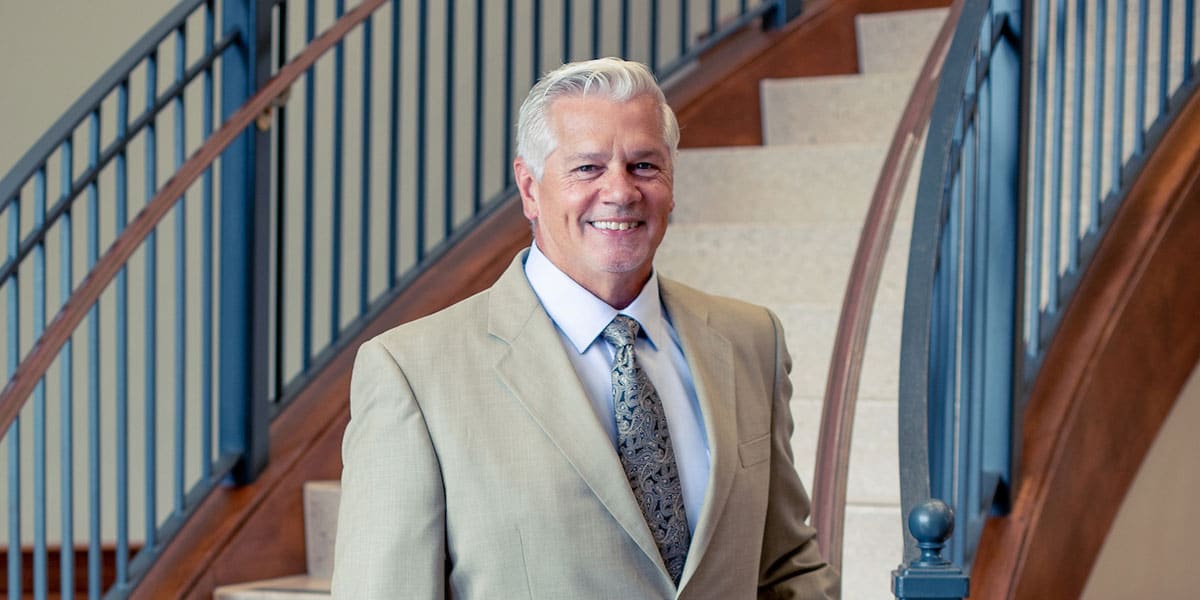 Ken Coomes grew up in Vicksburg as the third oldest in a family of 12 children. At 14, Coomes went to work and gave his money to his family – the only way they could pay the bills.

“My mom used to tell me there were blessings in poverty. I would tell her she could have all of mine,” said Coomes, who now lives in Brandon, Mississippi. “My father worked several jobs for a beverage distribution company owned by my mom’s cousin, and I asked him one time what success is. He said, ‘It’s being happy with where you are and what you have at the present time.’ I hold close to those words every day. Somehow, it keeps me focused.”

Coomes’ tireless participation in Hinds Community College events – including two golf tournament fundraisers that raised thousands for scholarships – has resulted in his being named the college’s 2020 Alumni Service Award winner.

A member of the Hinds Community College Foundation board of directors, Coomes’ support for Hinds ensures the educational opportunities for children that didn’t come his way. Each of his five children, Jake, Jordan, Chris, Mindy and Monica, attended Hinds. Already the benefactor for the Ken Coomes Endowed Scholarship, he provided another scholarship in memory of his mother following her death in 2018.

“There are so many people who deserve this award, but it’s my honor to accept it this year,” Coomes said. “It has been rewarding to work with Hinds for the past 30 years because I’ve seen lives change.”

When Coomes was growing up, the boys in his family went to work to help their father on the truck route when they turned 8. At 16, Coomes and his brothers went to work at a Jitney Jungle store in Vicksburg. Their paychecks went to dad so the bills could be paid.

“We didn’t have cellphones or computers, or games or air conditioners,” he said. “Some places we lived didn’t have running water. We had a well, and we bathed in a washtub on the back porch. We didn’t have money for Christmas or birthdays, but we did have loving parents who taught us how to love and support one another.”

Coomes felt college wasn’t an option for him due to cost, but he set out to fuel what he calls “a burning desire to get ahead in life” through hard work. The result has been a successful business career and a lifetime of service to Hinds Community College and education in general.

At 20, Coomes bought an old truck and began a vending route. Persistence and hard work led to other routes and a growing business. Now, 46 years later, he owns Coomes Distributors Inc., in Brandon. Operating primarily in snack food vending, the company has annual revenues of more than $1.5 million.

He will be recognized along with other honorees at a ceremony 4 p.m. Oct. 29 at Cain-Cochran Hall on the Raymond Campus. The event is free and open to the public. Health and safety protocols will be observed, and attendees are expected to wear a mask.

This year Hinds is introducing two new awards: Foundation/Alumni Hall of Fame and the Young Alumnus of the Year.

President Emeritus Dr. Clyde Muse of Raymond is receiving the inaugural Foundation Alumni Hall of Fame Award recognizing someone who has demonstrated over an extended period of time genuine interest and support of Hinds Community College. It’s the highest honor presented by the Foundation and Alumni Association.

Dr. Christy Granberry Barrick of Madison is receiving the Young Alumnus of the Year award, which recognizes an alumnus under the age of 40 who has attained significant professional, personal or community success.